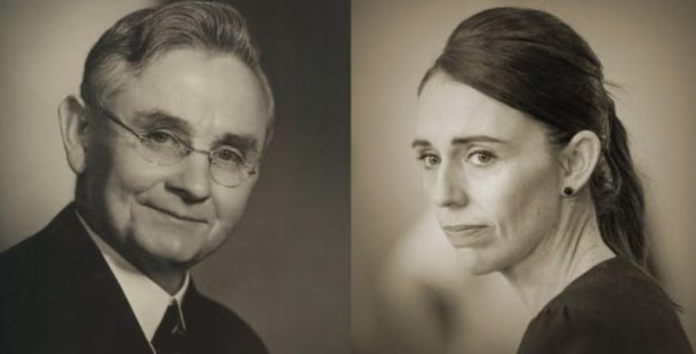 “NEVER LET A CRISIS go to waste.” That was the key take-out from Naomi Klein’s 2007 book, The Shock Doctrine: The Rise of Disaster Capitalism. Remember the stories? Who could forget the one about the way the American Right took advantage of Hurricane Katrina? How it looked upon the tragedy of New Orleans’ flooded public schools, and saw only a heaven-sent opportunity to privatise the city’s education system.

I know Jacinda wants us all to “Unite Against Covid-19”, but I also know that out there the One Percent are working feverishly to protect, defend and if possible extend their gains of the past 35 years. The neoliberal elites survived the Global Financial Crisis of 2008-09, and they are absolutely determined to survive the Global Pandemic of 2020. That cannot be allowed to happen. The Left must drive the stake so deep into Neoliberalism’s black heart that, this time, it does not get up. What’s needed now is “Disaster Socialism”.

A democratic-socialist leader possessed of a sophisticated strategic sense would understand that election manifestos are best restricted to promoting policies that the electorate actually wants – not policies his (or her) comrades believe the electorate should want. Let the drift of events – economically and socially – propel the party in directions which the capitalists may not like, but which they no longer feel able to redirect. Most importantly, identify the one reform most likely to undermine the institutions upon which their opponents’ rely most heavily for protection. Implement it early, fast, and without compromise.

In the context of the current crisis, the “drift of events” is pushing the Coalition Government inexorably towards introducing some form of Universal Basic Income (UBI). Finance Minister Grant Robertson has (very wisely) refused to rule out such a measure. Indeed, it is difficult to see how preventing a precipitous descent into mass poverty and significant social dislocation can be avoided without some form of UBI.

If Jacinda and her colleagues wish to avoid New Zealand spiralling down into the sort of mass civil unrest that characterised 1932 – the darkest year of the Great Depression – when angry crowds of desperate unemployed smashed-up Auckland’s Queens Street and fought running battles with the Police, then constructing some form of income floor for the population to stand on is pretty much unavoidable.

The beauty of the rising clamour for a UBI is that it is not actually coming from the Government. Rather, it is bubbling-up (as all great social reforms should) from below, as thoughtful people look ahead and see the black hole into which New Zealand’s economy will disappear if some form of income guarantee is not introduced – and quickly.

(Which is not to say that Robertson will not be finding it difficult to suppress a wry chuckle. Remembering the derisive reception the UBI option received when it emerged from Labour’s 2016 “Future of Work” discussions, he will no doubt be thinking “what goes around, comes around”!)

Even more beautiful than the genuinely popular nature of the demand for a UBI, is the fact that the voices of the capitalists themselves – especially the smaller ones – are joining in the clamour for change. They know that the thing they have to fear the most is (as Franklin Roosevelt rightly observed in March 1933) “fear itself”.

When people lose all confidence in their ability to escape the economic calamity assailing them, their whole mind and body are attuned to only one thing – survival. Their own and their family’s future fades to black. “Sufficient unto the day is the evil thereof.” In times like these the most important thing a government can do is give people hope. And, in the midst of an economic catastrophe: hope = money. If the people have no hope – no money – they cannot and will not spend. Every capitalist with a brain knows this. They know that impoverished consumers must put at risk the entire capitalist system. That’s why they, too, however reluctantly, are coming to the conclusion that the introduction of some sort of UBI is inevitable.

Ironically, this leaves Neoliberal Capitalism’s official spokesperson, Simon Bridges, off-side with a growing number of capitalists. His objection to the introduction of a UBI is that once introduced it will instantly become a permanent fixture of the twenty-first century welfare state. Abolishing it will be politically impossible. He’s right, of course. A UBI, like Mickey Savage’s “social security”, is one of those reforms which the Right must, at almost any cost, prevent, because once it’s in, it’s in for good. National’s wartime leader, Sid Holland, came to this realisation only slowly. He had to be beaten three times at the ballot box before he was ready to reassure the electorate that Social Security would be safe under National. Clearly, Bridges knows enough of his own party’s history to grasp the importance of heading a UBI off at the pass.

And, when I use the expression “at almost any cost”, I’m not exaggerating. So appalled was the New Zealand Right at the prospect of Social Security coming into force that, on 2 February 1939, one of their number poured petrol over the timbers of the half-constructed Social Security Building in Aitken Street, not far from Parliament Buildings, and set them alight. The resulting blaze lit up Wellington’s night sky and reduced the construction site to ashes. Not that Mickey Savage and the people who had just re-elected the Labour Government were deflected by the arson in Aitken Street. The Government, private builders and the construction unions, working together, took only weeks to construct a new Social Security headquarters. It was opened by the Prime Minister on 27 March – just five days from the coming into force of the Social Security Act on 1 April 1939. 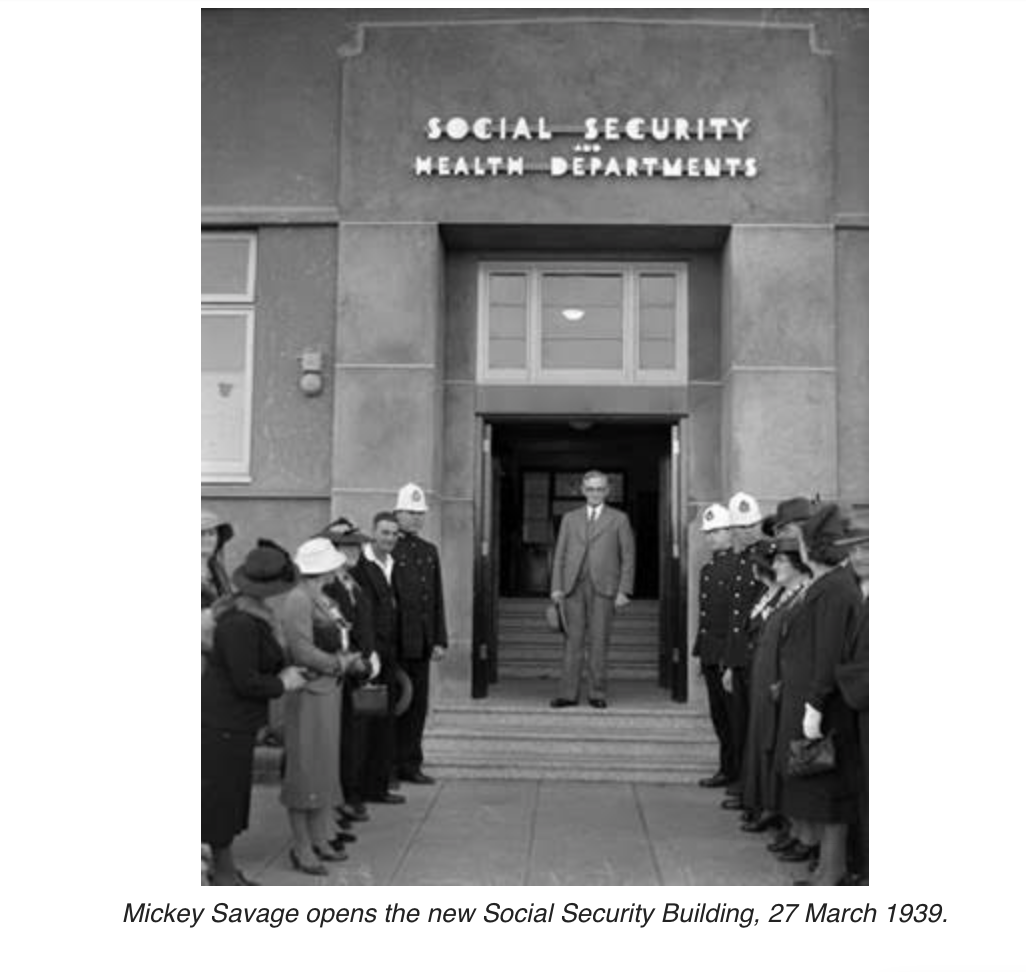 Similar determination is now required of Jacinda and her government. The present crisis demands a bold measure to both reassure and economically support an anxious nation. She has the power to meet the people’s need – and she must use it. If calling the reform UBI is a problem, then for God’s sake call it something else! But get it in place, Jacinda. Let Bridges and all the other neoliberal ideologues howl. After all, how much attention did they pay to the howls of protest that greeted Rogernomics and Ruthanasia? What goes around, comes around.

And when the Covid-19 Pandemic passes and we all emerge into the sunlight, the emergency measures will need to be given permanent legislative form. To accommodate this reform many other things will have change – not least our taxation system. A UBI will require the One Percent to pay their fair share. Something they haven’t done since the early 1980s. Employers will also face changes. No longer in fear of “the sack”, their employees will demand a fairer distribution of the surplus they create: more for the workers, less for the shareholders. The UBI will thus unleash a torrent of innovation and creativity – helping as nothing else can the rehabilitation of New Zealand’s stricken economy.

The disaster of the Great Depression was transformed into a new and fairer society by the democratic socialism of the First Labour Government. The disaster of the Covid-19 Pandemic offers a similar transformative possibility to the Labour-NZ First-Green Government. Seize the time, Jacinda! You will never have a better opportunity to be strong, to be kind, and to make it okay for those who have waited so long and endured so much.