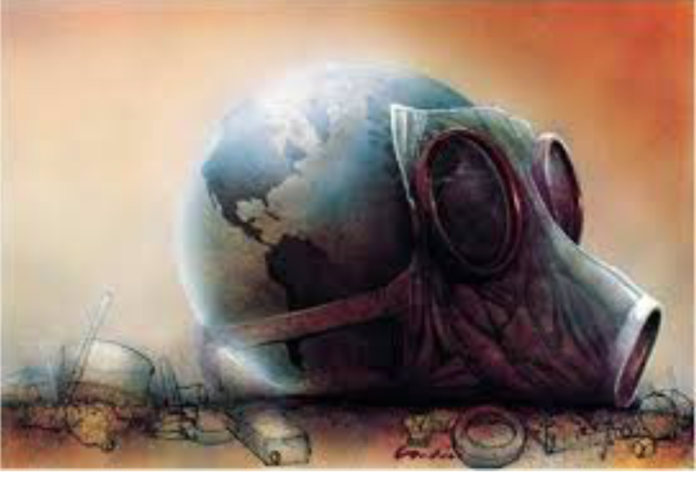 The yellow smoke-filled skies in January made us realise how interconnected planetary systems are when things go bad. Images of burned koalas and kangaroos and other eclectic and iconic Australian species emphasised how anthropogenic activities such as bush clearance interact with other forces such as climate change impacting animals we know and love. Harmless and vulnerable life forms are already in trouble, but big events like Australia’s summer fires, can tip fragile species over the balance. But we seem unable to change our ways – koala and kangaroo culls still occur, deforestation continues, motorways are expanded through remaining habitat.

A 2019 study by The Nature Conservancy and Conservation Science Partners showed that only 5% of the Earth’s land surface is unaffected by human impact. They found 13 human-caused stressors across all terrestrial lands, biomes and ecological regions, including agriculture; human settlement; transportation, including railroads and minor roads; mining; and energy production and electrical infrastructure, including power lines. 52% of ecological regions and 49% of countries are considered moderately modified. Only 30% of terrestrial ecological regions and 18% of the world’s countries have a low degree of land modification and retain most of their natural lands, which are distant from human settlements, agriculture and other modified environments. The human reach is broad and deep.

Despite the warnings of ecologists and activists, for too long, the inertia of capitalist production and consumption has kept us on a path of incremental but inevitable destruction. But as long as we have had the distractions of TV, Netflix and cheap goods, we have been almost collectively oblivious – like the frog in the warming pot of water. Last year we lost iconic individual animals like Voertrekker one of last the great tusker elephants, and Wolverine a rare Northern Right whale; mistreatment of whole species is ongoing, including jaguars, lions and pangolins; habitat fragmentation and ecosystem loss is the price we pay for farming, commodity extraction and ‘progress’; and we see alterations to whole planetary systems, but still we’ve kept on with business as usual.

Urbanisation and mistreatment of wild and farmed animals unleashes zoonotic disease such as Ebola, SARS, MERS and Covid-19. We’ve sliced and diced nature and now she’s fighting back. It’s time for us to take stock. As economies shut down and nature responds with cleaner air and seas, we need to learn lessons and do better by nature in the future.