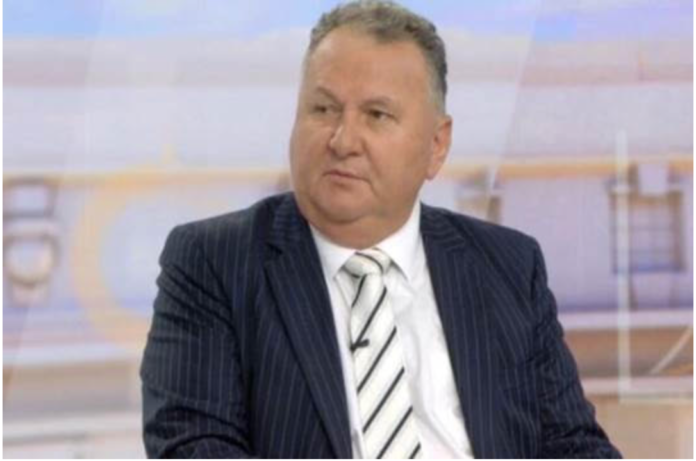 WHAT IS SHANE JONES trying to do? In speaking so insultingly about the Indian student community he must have known he’d attract the ire of the people he calls “Ngati Woke”. Was he being provocative just for the hell of it, or did he have a more coherent political motive for courting accusations of racism and xenophobia?

While it is always unwise to overestimate the thoughtfulness of politicians, many of whom do not think through the consequences of their off-the-cuff public utterances, I do not believe that Shane was simply blurting. In my view, there is some pretty solid method to his allegedly “racist” madness.

Matt McCarten was fond of telling his comrades in the left-wing Alliance that under MMP it really doesn’t matter if you piss off 95 percent of the voters, so long as 5 percent of them want what your offering. It would seem that the same blunt analysis is currently driving NZ First’s electoral strategy. In practical political terms this means that the party will do whatever it takes to stay in the game – no matter how disruptive or potentially divisive.

At the heart of this new strategy lies what Jones has identified as NZ First’s “Population Policy Debate”. The party is clearly determined to home-in on New Zealanders’ rising anger over immigration. The evidence is mounting that New Zealand’s unaffordable housing crisis; the cost blow-outs in its public health system; the pressure on its schools, and the difficulty so many unskilled workers have in lifting themselves out of wage poverty; may all be traced back to the unprecedented flood of immigrants pouring into New Zealand over the past two decades.

The fact that the country’s population is set to top 5 million this election year, five years earlier than predicted; and that Statistics NZ is predicting an “Asian” population of between 1.2 and 1.4 million by 2038, has alarmed many Pakeha New Zealanders. Their fears have been further stoked by demographic projections indicating that over the next 20 years the European population of New Zealand will fall from its current 70 percent to 66 percent. Given that, 20 years ago, Europeans made up 80 percent of the New Zealand population, the trend is very clear. Racially-charged anxieties are rising, and NZ First – as it has done so successfully in the past – intends to exploit them ruthlessly.

The most effective way to build support for a radically revisionist “Population Policy”, is to provoke the initiators and defenders of New Zealand’s curent population policies into demonstrating their bitter opposition to any serious, broad-based debate about the country’s current immigration settings. NZ First is aiming to build a persuasive political narrative around the idea that the startling changes to New Zealand’s demographic profile are the result of a 34-year-old conspiracy involving this country’s intellectual, bureaucratic and political elites.

At the heart of this conspiracy, NZ First will argue, was the elites’ disgust at what they saw as this country’s de facto “White New Zealand Policy”. The framers of what would soon emerge as New Zealand’s brand new “multicultural” population policy, acknowledged the Pakeha majority’s strong preference for maintaining the existing ethnic balances in New Zealand society, but chose not to treat it as determinative. The majority, they argued, was racist and wrong: it should not be trusted – or heeded.

As if that wasn’t bad enough, NZ First leaders like Shane Jones will argue, the initiators of this new Multicultural New Zealand policy were equally unwilling to consider the preferences of the indigenous Maori population. Notwithstanding their passionate anti-racist rhetoric, the multiculturalists would have been aware, right from the start, that their policy, if successfully applied, would eventually result in immigrant communities expanding continuously until they overwhelmed (at least numerically) the Maori population.

“What does it really say about the elites’ actual commitment to the Treaty of Waitangi,” NZ First will ask, “that they have been willing to oversee a process which, according to Statistics NZ’s 2017 projections, will see ‘Asians overtake the Maori in ethnic share within the next five years, and will make up more than one in five – or 22 per cent – of the population by 2038’?”

These questions have the potential to unleash the same sort of populist-nationalist fervour that brought the world Brexit and Trump. They evoke exactly the same feelings of having been excluded from the policy conversations that mattered; the conversations that resulted in devastating changes to the life-worlds of ordinary people. NZ First’s strategy is clearly to bring these conversations out into the “public square” where everyone can hear them, and where their originators can be challenged and interrogated.

Crucial to the strategy’s success will be the gathering of examples of elite spokespeople deriding and dismissing those who dare to breach these policy taboos. Jones’s comments regarding Indian students were obviously designed to do elicit just such a response – and they succeeded brilliantly. Just consider the following sentence from a Newsroom opinion piece headed “Why Jones is wrong about Indian students”, released yesterday (3/3/20) under the names of the University of Otago Vice-Chancellor, Harlene Haynes, and Otago Professor of International Relations, Robert Patman:

“Today, all states are confronted by security, economic and environmental challenges that do not respect territorial borders and cannot be resolved by populist-nationalist politicians promising to ‘take back control’ of national sovereignty in New Zealand or anywhere else.”

Clearly intended as a slap-down, the opinion piece played directly into Jones’s and NZ First’s hands. It will be held up as powerful proof of the elites’ scorn for ordinary people’s concerns. Not only that, it will serve as a demonstration of just how much of a lock multiculturalism has on academia, the media and mainstream politicians.

In this regard, National is especially vulnerable. An important element of its election strategy involves the electoral destruction of NZ First and the incorporation of its vote into National’s tally. But, just consider what would happen to National’s support among older anxious Kiwis, if NZ First was to highlight the fact that upwards of 75 percent of Chinese-New Zealanders vote National.

Suddenly, National’s strong support for the Multicultural New Zealand policy would take on a very different complexion. Suddenly, they would be charged with keeping the immigration flood-gates open for selfish electoral purposes. To hell with the kids who cannot get so much as a toehold on the property ladder! For every 10,000 adult Chinese migrants, National nets 7,500 votes. Ain’t “diversity” grand!

All those woke journalists working so assiduously to rid Parliament of Winston Peters and NZ First may yet be given cause to rue their actions. It was the veteran political journalist, Richard Harman, who only a few days ago responded when asked, on a RNZ podcast, to account for the relative mildness of populism’s influence on New Zealand politics, by observing that:

“Maybe we owe Winston Peters some thanks for this. New Zealand First, back in the nineties, picked up on those populist, nationalistic themes that we’re now seeing expressed in a much more extreme fashion [overseas]. We’re relatively lucky that our populist party – New Zealand First – has behaved in a very democratic and quite reasonable way over the years.”

That may be about to change.