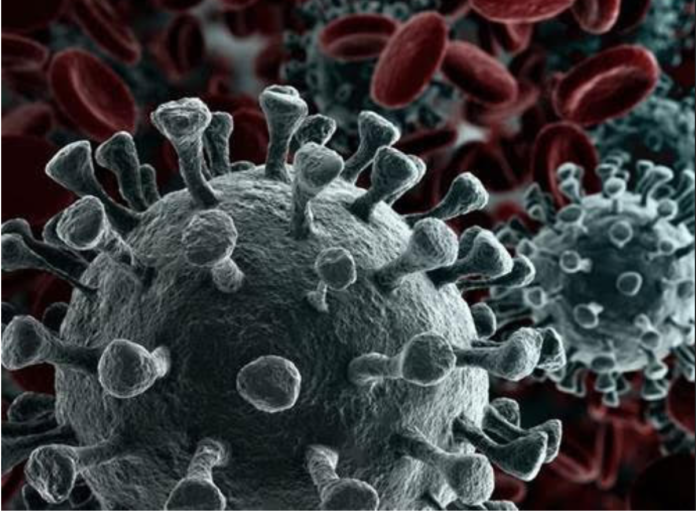 AT FIRST, I couldn’t believe my ears. Morning Report co-host, Suzie Fergusson, was interviewing Isabella Lenihan-Ikin, President of the New Zealand Union of Students Associations (NZUSA). The latter was objecting to the Government’s COVID-19-inspired ban on students travelling to New Zealand from China. Objecting!? Why would a spokesperson for the tens-of-thousands of tertiary students at risk of contracting the COVID-19 virus be objecting to the single most effective means of preventing its spread?

The answer, it turned out, was to protect Chinese students (currently out of the country) from racism and xenophobia. According to NZUSA’s Open Letter to the Prime Minister, the Minister of Health and the Minister of Education:

The ban has fuelled hysteria that coronavirus is a “Chinese” disease, and is responsible for spreading xenophobic and anti-Chinese sentiments within the Asian community. It has uncovered deeply rooted racism, including in the form of questions such as “Where are you from? Oh, not China? No coronavirus then.”

There is so much wrong with this statement, it is difficult to know where to start.

First and foremost COVID-19 is a Chinese disease. The first cases of the viral infection were detected in the city of Wuhan, in the People’s Republic of China’s Hubei province. The expert consensus on the origins of the virus identifies Wuhan’s live animal market, where the disease is thought to have made a “species jump” from an as yet unidentified mammal to human-beings. Over 90 percent of the COVID-19 virus’s more than 2,500 fatalities have been Chinese citizens. The international travellers mostly responsible for spreading the virus to other countries have, likewise, been Chinese.

To recite these facts is not to excite hysteria, it is simply to state the truth.

Clearly, NZUSA is not much interested in the truth. If it was, then it would understand why New Zealand, along with a host of other countries, is unwilling to allow Chinese nationals to cross their borders. There is nothing xenophobic or racist about identifying the source of a new and potentially devasting virus against which the world is currently defenceless. There being as yet no vaccine, nor any effective pharmaceutical remedy, the imposition of a travel ban makes perfect sense. It is a simple precautionary measure, intended to impede the spread of the COVID-19 virus across the planet.

The simple conversational formulation: “Where are you from? Oh, not China? No coronavirus then”, is not evidence of “deeply rooted racism”, merely proof of New Zealanders’ conversational directness (and also, possibly, their tactlessness). That said, with 90 percent of those infected with the virus being Chinese, identifying yourself as someone coming from somewhere other than China does, indeed, dramatically increase your chances of NOT being one of COVID-19’s victims. Saying so doesn’t make you a racist, it merely suggests you possess a measure of mathematical and statistical literacy!

I shall pass over the clearly nonsensical statement that describes spreading xenophobia and anti-Chinese feeling in the “Asian” community. Obviously, the authors of the Open Letter meant to say the “wider New Zealand community”, or, given the ideological extremism permeating the document, the “Pakeha” community. (If the use of the word “Asian” is not an error, however, then the Open Letter is guilty of opening up a very large and malodorous can of ethnically prejudicial worms!)

Is it too much to expect the representatives of university students to possess enough historical awareness to realise that anti-Chinese feeling in New Zealand runs very deep? Long before COVID-19 made its species-jump, nineteenth and early-twentieth century New Zealand governments were developing ever more ingenious ways to keep Chinese nationals out of “God’s Own Country” – not to mention dreaming up new ways to make the lives of the ethnic Chinese already here even more miserable. Is Ms Lenihan-Ikin simply too young to remember Prime Minister Helen Clark’s 2002 official apology to Chinese New Zealanders for the appalling treatment meted out to them by their European compatriots? Chances are she is.

Which is a pity. Because some appreciation of how very close to the surface New Zealand’s “Yellow Peril” racial prejudices lie would have been of immense help to NZUSA as it formulated its response to COVID-19. It would, for example, have equipped them with the political imagination to foresee how vast numbers of New Zealanders might react to the news that Chinese students, heedless of the possible consequences for the New Zealand population, had prevailed upon the New Zealand government to allow individuals from the territory most seriously affected by the COVID-19 virus to enter the country without being placed under strict quarantine. A modicum of political imagination might also have been helpful in assessing the likelihood of xenophobia and anti-Chinese feeling exploding if one of those students was identified as the person responsible for carrying the COVID-19 virus into New Zealand.

Still, it behoves us all to go a wee bit easy on Ms Lenihan-Ikin. After all, the NZUSA President is merely following the lead of her tertiary education sector bosses. They, too, it would appear, have given little thought to the way the rest of the country might be reacting to their special pleading. So utterly dismayed do they appear at the prospect of losing all those full-fee-paying customers, that the possibility their unfettered entry might end up killing several hundred of the rest of us doesn’t appear to have entered their heads. A great pity, really, since there was a time when our universities were highly valued as repositories of scientific knowledge and cultural wisdom. Turning them into irresponsible corporate money-grubbers may yet prove to have been a very unhealthy idea.

If Ms Lenihan-Ikin is looking for something else to write an open letter to the government about, might I suggest the urgent need to rescue New Zealand’s tertiary education institutions from the twin evils of misdirected political empathy and plain, old-fashioned, greed?