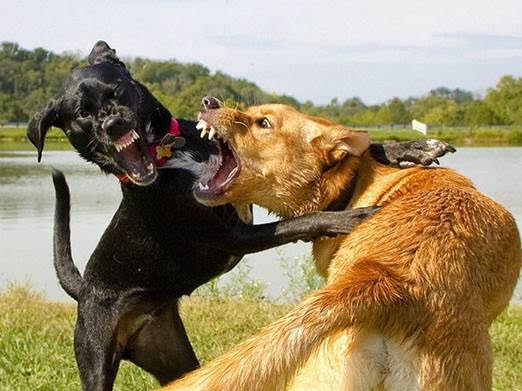 RADIO NEW ZEALAND needs to reflect very carefully about the position in which it now finds itself. If it fails to alter its present course, there is a real possibility it will find itself accused of serious political bias. As a public broadcaster, RNZ simply cannot afford to be seen to have its own dog in the September 19 fight. Fair and balanced reporting is of huge importance when your radio network is funded by the taxpayer. In an election year, moreover, fairness and balance are absolutely critical to the maintenance of public confidence.

For the moment, nearly all of the accusations of bias are coming from Winston Peters and the NZ First Party. This is only to be expected, given that RNZ’s reporting has inflicted serious damage on Peters and his colleagues. Lending credence to the latter’s accusations, however, is a photograph of Guyon Espiner, one of RNZ’s senior journalists, chatting amiably with Lester Gray, a former president of the NZ First Party. Looking at the photograph, it is very difficult not to identify Gray as the source of Espiner’s damaging revelations about the NZ First Foundation.

The release of this photograph – taken, according to Peters, by a member or supporter of NZ First – to The BFD (successor to the Whaleoil blog) has not only alarmed RNZ, it has put it on the defensive. The idea that a journalist and his source may themselves come under scrutiny is being widely interpreted as a thoroughly sinister development.

The mainstream news media has had much less to say about the failure of a supposedly experienced political journalist to protect his source. Tauranga is pretty much “ground zero” when it comes to NZ First’s historical support base. Why, then, would a former television journalist, with a very familiar face, choose to wander about in full public view with a former NZ First president and candidate? Why not meet privately, indoors, safe from prying eyes – and cellphones?

As for casting the whole episode as sinister, well, that particular charge is simply without merit. It is well-established in law that the taking of a person’s photograph in a public place, with or without their knowledge and/or consent, is not a criminal offence. If you are foolish enough to parade your connections in a Tauranga shopping centre’s carpark, then you should not act all hurt and surprised when that fact is recorded.

Nor should the mainstream news media be at all surprised that the photograph ended up on The BFD blog. Cameron Slater, of Dirty Politics fame, has publicly acknowledged his legal and personal connections with the lawyer Brian Henry. One of Winston Peters oldest and most trusted legal advisers, Henry has also stood by Slater. Is this the explanation for what appears to be a decisive shift in the political allegiances of Slater and his colleagues from the National Party (which couldn’t distance itself fast enough from its favoured blogger following the publication of Nicky Hager’s book) to NZ First?

Such a shift would go a long way to explaining the rumours that NZ First is being assisted by one of Slater’s closest political allies from the Whaleoilyears, Simon Lusk. A hard-bitten political operator, Lusk would have needed no instruction when it came to gathering intelligence on the two journalists responsible for revealing the closely-guarded secrets of the NZ First Foundation. The involvement of somebody like Lusk would certainly explain The BFD’s photograph of Stuff Reporter, Matt Shand. Recognising Espiner and Gray would not have been difficult. In that location, however, Shand was unlikely to be recognised by anyone not closely associated with the NZ First Foundation story.

That Tauranga shopping centre appears to have had more shooters in it than Dallas’s Dealey Plaza!

The demonisation of The BFD is yet another problematic aspect of RNZ’s coverage. Conservative blogs have every bit as much right to present their ideas to voters as liberal and left-wing blogs. In my time as a political commentator, I have contributed material to daily newspapers owned by Rupert Murdoch, and a weekly business publication edited by a devotee of Ayn Rand. So, when Cameron Slater invited me – along with a clutch of other non-right commentators – to contribute to a new pay-walled section of Whaleoil, I did not refuse. Similarly, when The BFD was launched, I agreed to contribute to its pay-walled “Insight” section. Nothing builds up one’s understanding of the Right like writing for their publications! And, although I have always been scrupulous to submit material I would happily see posted on The Daily Blog, or my own Bowalley Road, I’ve never once been censored.

In an environment where the idea that there might be two sides to every story, and that even those with whom you profoundly disagree have a story to tell, is dismissed as giving fascists a free-pass, it is not easy to make a stand for fairness and balance in journalism. It is vital, however, that RNZ tries.

On its “Mediawatch” programme, broadcast last Sunday morning (16/2/20) RNZ featured an interview with Ollie Wards from the Australian Broadcasting Corporation’s “Triple-J” youth-oriented radio station. Among many other observations, Wards ventured the opinion that “holding the government to account” was a vital aspect of the public broadcaster’s remit. There would appear to be a great many RNZ journalists who agree wholeheartedly with Wards’ characterisation of their role. That does not, however, make it right.

In a parliamentary democracy, it is not the news media which is entrusted with the role of holding the government to account, but the Opposition. They are the people elected to scrutinize the executive and ensure that government ministers are doing their jobs. They do this on behalf of the voters – the people charged, every three years, with the ultimate responsibility for holding governments to account. Nobody elected Guyon Espiner or Matt Shand to hold their government to account. Indeed, those gentlemen are not accountable in any meaningful political sense for the potentially decisive influence they are so well-positioned to exert on the electoral process.

The role of the news media (especially the publicly owned news media) is to assist the voters in the critical task of holding their representatives to account – not to do the job for them. That means doing everything within its power to give voters the truth, the whole truth, and nothing but the truth. It means unearthing the facts, as many as possible, and then contextualising them in a fair and balanced way. It does not mean extracting only those facts that serve an individual journalist’s purposes, and using them to manipulate the voters’ understanding of what a party has, or hasn’t, done.

Winston Peters is encouraging voters to think of RNZ as belonging to “The Media Party”. He wants them to see it as a politically partisan institution with its own, vicious attack-dogs in the electoral fight. If he succeeds, it will be, and probably should be, the end of public radio in New Zealand.