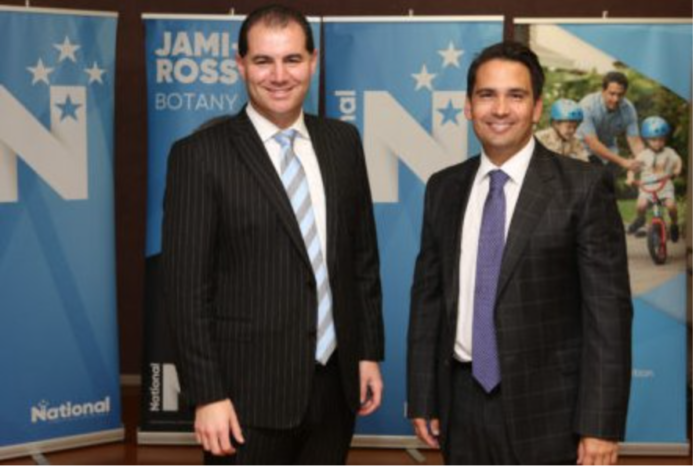 The JLR charges by the SFO are the worst outcome for National. It means the bloody thing won’t die now and could possibly play out in Court during the election.

That’s a lot of air time for JLR to endlessly claim Simon is corrupt and release the rest of his hidden evidence.

The distance National are trying to put between them & JLR is Peter denying Christ three times before the cock crows.

JLR joined National early & rose through the ranks BECAUSE of the dark skill set they are now damning him for.

His head kicker schtick and House of Cards ethics were crafted BY the National Party hierarchy who saw talent in his Stormtrooper ways. He became a whip, he was a bag man for the boss, he was muscle for political kneecappings.

Remember how this fiasco exploded?

According to National, JLR, pissed off that he didn’t get a promotion he believed he deserved leaks embarrassing details about Simon Bridges.

Simon Bridges, convinced that it was Trevor Mallard who was the leaker, launches a vast investigation and accidentally outs his own Goon as the leaker! JLR (who must have thought he would never get caught), panics and launches a proactive strike claiming Bridges is corrupt.

National hierarchy realise how damaging this all could be, decide to go nuclear on JLR. Paula Bennett then goes on TV and brings up his marriage and a deluge of anonymous accusations of abuse come from women working inside the leaderships offices.

JLR then has a mental break down, suicide attempt and then has the SFO charge him for the crimes he accused National of!

This whole sordid clusterfuck of ego, abuse of power, depression, anger and political toxicity is a Shakespearean Greek fucking Tragedy but everyone is MacBeth with an achilles heal.

JLR entered right wing politics at the age of 18 and was a National Party MP at 25.

He was preened and groomed for his dark arts by the National Party, he is a product of THEIR internal political culture so watching the National Leadership now pretend to have had nothing to do with him is just extraordinarily duplicitous.

Jami-Lee Ross is theirs, they’re responsible for him despite all their deceitful manipulations pretending he’s some rogue lone wolf who was utterly unshaped by their own dark addictions to power.