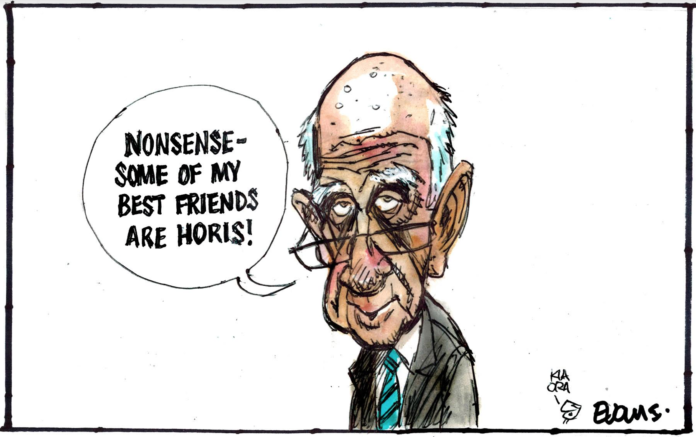 In January my friend Professor Kathleen Quinlivan had a celebration in her name at the University of Canterbury.  It was fantastic, and she was as sharp and wonderful as ever. A week later she died. Two of my friends have passed away already this year. My optimism that such a cool year as 2020 might mark a turning point for the world is already sagging, in the headlong rush towards multiple diaspora, white supremacism and authoritarianism.

Kathleen was talking at that final session about why schools are as they are: authoritarian, punitive and uniform, despite efforts by so many people to change them.  This is such a crucial question, because the culture of our schools is a huge contributor to the social culture. With National set on using ‘angry white males’ to win the election (OMG did you see Simon Bridges at Ratana Pā pitting the working classes against beneficiaries – talk about shades of the 1990s), we can see how schools produce those people, by brutal practices, competition, no civics education, little relevant history and a tolerance for bullying.

Over Christmas I got into yet another battle on Neighbourly about how we talk about each other.  The ‘scumbag’ discourse I have mentioned before was widely on display a few weeks ago, when one of my neighbours had their garage broken into and a group of kids did donuts in the RSA car park at Templeton.  Many of my neighbours down here are frighteningly punitive, the name-calling is obnoxious. The kids have to be taught a lesson! These responses are visceral and vicious. I mildly said that I found the use of the s-word offensive, and unleashed hell onto my own head, which was très amusant!

Kathleen was also interested, right until the end of her life in the question: “how do people become the people they are?”.  There are multiple answers: we are made by our social, economic and cultural contexts; by our family and community values; by our individual instincts and pathways.  We are nature and nurture, but in my view, in terms of our attitudes, much more nurture than nature.

It now cannot be ignored, in 2020, that the politics of race has once again raised its ugly head. Even in New Zealand. And, that by exploiting the binaries: worker v beneficiary; good v bad; white v brown and, who knows, gay v straight, pro- versus anti-choice, National is setting up a race war for the election.

And it is looking to be the year, again, of the man. Angry males, legs wide, astride the stage, pronouncing that ‘their’ values rule.  It is OK that academic women earn between $200,000 and $400,000 less across their lifetime than male peers, that the pay gap has not died or even withered much,  that Māori land taken unfairly stays in white hands, that we continue the headlong rush to ruining the planet, that parliament will once again elect only 40% of female MPs or less, and that the showing in local body elections and among Mayors is much worse.

So, you might say, same old, same old… But if the re-assertion of a particular white male hegemony becomes a populist mantra (I know SB is Māori, but his target audience is not) here, influencing the election outcomes, all those struggles will be set back further, and once more those of us supporting and protecting social equality and human rights for all will be on the streets.

I have regained a small sliver of optimism this week over Bob Jones dropping the defamation action against Renae Maihi. I am not sure how it played out.  Perhaps his lawyers simply told him he was on a hiding to nothing. But, possibly, in hearing how his attempts at so-called humour were received by Māori and women, he may possibly have gained some insight into how his ‘jokes’ could have material effects on others.  Maybe not – there was no apology, no comment at all (but the lawyers probably wouldn’t have let him, in case he became liable for huge costs, which will undoubtedly be claimed).

Jones famously has his own jet, purchased when Air NZ kicked him off a flight for refusing to remove his headphones during the safety briefing.  Probably all he has to talk to is the empty seat in front. It is not surprising his views are a little bonkers. More surprising, though, that any newspaper will publish them.  Is that all it takes, then, to be rich and white and male, to have even the daftest views published in the mainstream media?

The onset of 2020 and the absence of change and, to be honest, a fear that National may win the election with some ease, has put me in an activist mood. 51% of wealth, power and voice for women! 51% of the seats in parliament at this election for women (50% will do)! Manspreading should be illegal, defined as taking up the space of others, usually in confined spaces, by spreading ones legs as wide as possible, in order to assert mastery over others or the environment. Race and gender, power and politics, these are the things that will define 2020.  We must ensure that alternative voices are heard.