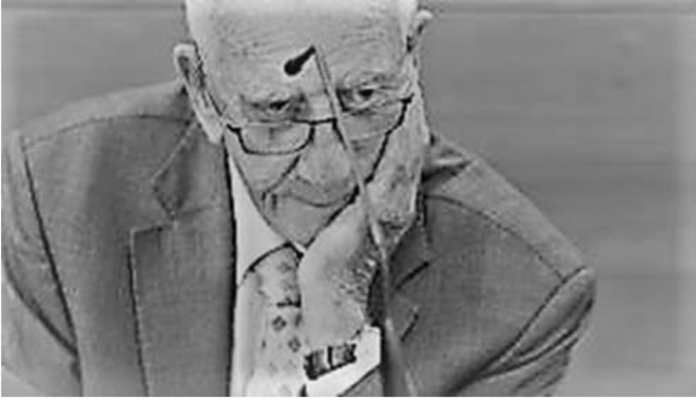 UNFOLDING, IN A WELLINGTON COURTROOM, is a drama which speaks directly to the defining issues of our time. What is racism? How central is racial discrimination to the moral deficiencies of our society? What is Hate Speech? More importantly, what is the relationship between Hate Speech and Free Speech? And, lastly, what sanctions – if any – should be imposed upon those whose opinions give widespread offence?

It is, of course, forbidden to comment upon the rights and wrongs of a trial in progress. My apologies, then, to all those anticipating a right royal roasting of either the plaintiff, or the defendant, or both, in the matter of Sir Robert Jones versus Renae Maihi.

What can be observed of defamation cases in general, however, is that it is possible to be too protective of one’s good name. A court of law is a fearsome and dangerous place for those unaccustomed to having their ideas and opinions publicly scrutinised and dissected by persons whose ability to marshal and present contrary evidence has been honed by years of legal training and experience. There is no off-switch in a courtroom. Neither is it possible to turn the page in disgust. Ill-formed and ill-defended opinions will be exposed ruthlessly and unapologetically. As Shakespeare put it: “Reputation is an idle and most false imposition; oft got without merit, and lost without deserving.” Sometimes the best course of action is to take no action at all.

Let us then turn, then, to the broader issues at play in that Wellington courtroom: Racism, Hate Speech, Free Speech, and the most effective response to wilful offensiveness.

Increasingly, in this country, as in other countries dominated by Europeans, racism is being viewed as the fundamental driver of social, economic and political injustice. Fifty years ago this was not the case. For most of the Twentieth Century, unequal class relations were deemed to be the primary cause of injustice. With the demise of actually existing socialism, however, and the global triumph of neoliberal capitalism, class inequality has become, to paraphrase Lord Alfred Douglas: the lack of love that dare not speak its name.

The neoliberal ruling-class, with considerable political finesse, has tapped into the energy once devoted to uplifting the working-class (within whose ranks are many, many people of colour) and diverted it into identifying and demanding atonement for the sins of slavery and colonisation committed by the ancestors of contemporary Europeans. The process of elevating racism to the status of the West’s original and abiding sin was greatly assisted by the inspirational examples of Martin Luther King’s non-violent campaign for African-American civil rights, and the African National Congress’s four-decades-long struggle against Apartheid. The impact of these historical struggles on the indigenous victims of European colonialism was direct and enduring.

The development of Maori nationalism in New Zealand offers an excellent example of the process. As the neoliberal experiment gathered momentum in Aotearoa, the formerly close ties between Maori, the traditional left and the trade unions were broken. By the early 1990s, what Dr Elizabeth Rata has dubbed “neo-tribal capitalism” was rapidly transforming Maori nationalism into a vital political adjunct to the all-conquering neoliberal project. The nightmare of working-class Maori and Pakeha making common cause against what was fast becoming a strategically bi-cultural ruling-class faded away, to be replaced by the new and rapidly expanding Maori middle-class’s scorn for the irredeemably racist redneckery of the Pakeha proletariat.

In this context, any unabashed expression of white racial chauvinism is almost always construed by Pakeha intellectuals as an unforgiveable affront to the state’s steadily evolving anti-racist and decolonisation projects. For those Maori deeply embedded in these processes, however, such reiterations of white supremacist ideology are a godsend. Every such outburst reinforces the anti-racist and decolonisation critique and highlights the baked-in character of the colonisers’ prejudices.

Why then condemn such racially charged outbursts as “Hate Speech” and seek to punish its purveyors? Surely, by constantly exposing their racism, white supremacists provide ongoing and invaluable confirmation of the decolonisers’ moral deficiencies? This may well be true, but it’s also irrelevant. The decolonisation process can only be advanced in an environment of hair-trigger outrage and demonstrable indigenous distress. Racism must, therefore, be confronted and condemned whenever and wherever it raises its ugly head, and the offending and offensive racists held accountable for the harm they have inflicted.

It is, accordingly, entirely unsurprising that the liberal-democrats’ passionate defence of the citizen’s right to freedom of expression is viewed as a serious obstacle to the success of the anti-racist and decolonisation projects. At the core of the free speech argument is the proposition that every citizen is obliged to uphold the right of every other citizen – even those whose views fundamentally contradict their own most cherished beliefs – to express their opinions freely and without the fear of any retribution beyond their opponents’ vigorous refutation.

The problems begin when the vigorous refutation of offensive speech is no longer considered sufficient. When the paucity of intellect and the absence of evidence so obvious in the arguments put forward by the racially prejudiced cease to be the best reason for fair-minded people to reject not only the content of those arguments, but also the morally dubious claims of the people making them. When the citizenry, in their confusing and contradictory entirety, are deemed inadequate to the task of determining the proper shape of their society and its future. When the responsibilities of government are entrusted exclusively to those powerful enough to determine which opinions are “correct”. And when those who deviate from such opinions are subjected to the full rigors of the law. At that point, it is possible to give the problems a name.