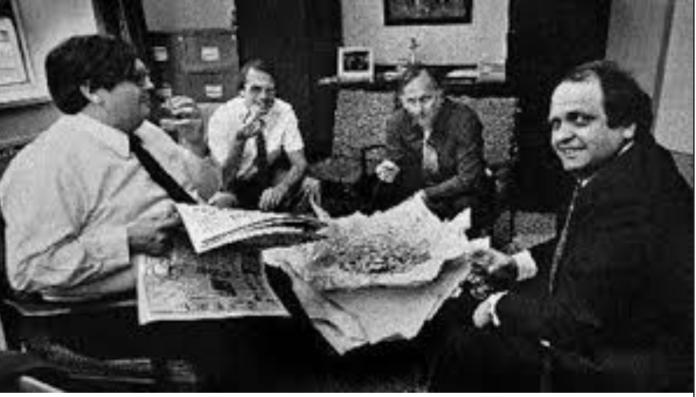 One of the original members of the Fish n Chip Brigade that built the neoliberal NZ we know today has passed.

There will be fine words given, kind stories and attempts by Journalists who weren’t even born when he was PM trying to sum up his legacy.

For me he is the Working class battler who became one of the neoliberal architects and despite almost winning the 1993 election after a devastating 1990 loss, his leadership was toppled by an ambitious Helen Clark and he moved further right in terms of globalisation and free trade.

He was a tragic political figure, caught between his working class union background and his refusal to believe the political ideology he had unleashed upon NZ alongside Roger Douglas had permanently damaged those communities he called home.

His championing of free trade was less an intellectual crusade as it was a refusal to acknowledge he was wrong. It’s a bit like how Don Brash can’t admit his one nation philosophy was bitterly racist and manufactured and desperately keeps trying to sell Hobson’s Choice as some type of pseudo history that has value.

Moore’s legacy can be felt in our overtourism and the spiritual belief in the free market we often see from MFAT.

Mike was the last real working class Prime Minister NZ is ever likely to have, and while I salute him getting there, his attraction to big flashy ideas was an inferiority complex that makes his legacy problematic to the people he loved so much

I hope you find the peace you deserve Mike.