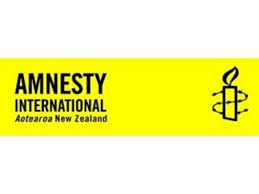 In a ground-breaking asylum case, a UN human rights body has ruled that governments must take into account the human rights violations caused by the climate crisis when considering deportation of asylum seekers, said Amnesty International today.

Ioane Teitiota, a man from the Pacific nation of Kiribati, brought a case against the government of New Zealand at the UN Human Rights Committee (HRC) in February 2016 after authorities denied his claim of asylum as a ‘climate refugee.’ He was deported from New Zealand to Kiribati in September 2015. The HRC delivered its decision on the case earlier this month.

“The decision sets a global precedent,” said Kate Schuetze, Pacific Researcher at Amnesty International. “It says a state will be in breach of its human rights obligations if it returns someone to a country where – due to the climate crisis – their life is at risk, or in danger of cruel, inhuman or degrading treatment.”

Teitiota says he faced land disputes and difficulties accessing safe drinking water in his home country as the result of the climate crisis, and therefore was forced to migrate with his family to New Zealand where he applied for refugee status after his visa expired in 2010. He was denied asylum by New Zealand’s Immigration and Protection Tribunal, the Court of Appeal and the Supreme Court. He then took his case to the HRC on the grounds that New Zealand violated his right to life under the International Covenant on Civil and Political Rights, by deporting him to Kiribati.

While the Committee found that Teitiota’s deportation had not been unlawful because he didn’t face an immediate danger to his life in Kiribati, it recognised that climate change represented a serious threat to the right to life and therefore decision-makers need to take this into account when examining challenges to deportation.

The Committee’s decision suggests that future claims might be successful where the evidence shows “the effects of climate change in receiving states may expose individuals to a violation of their rights.”

“The message is clear: Pacific Island states do not need to be under water before triggering human rights obligations to protect the right to life,” said Schuetze.

All states have the human rights duty to protect people from the harmful effects of the climate crisis, including displacement. It is therefore imperative that urgent action is taken to keep the temperature rise as low as possible and no higher than 1.5°C.

“The Pacific Islands are the canary in the coal mine for climate induced migrants. Low-lying island states such as Kiribati and Tuvalu are only one or two metres above sea level. The people there are exposed to severe climate impacts today, including limited access to habitable land, clean drinking water and subsistence living. Governments must consider this dangerous reality and a heating planet’s imminent threat to Pacific peoples’ lives and livelihoods.”