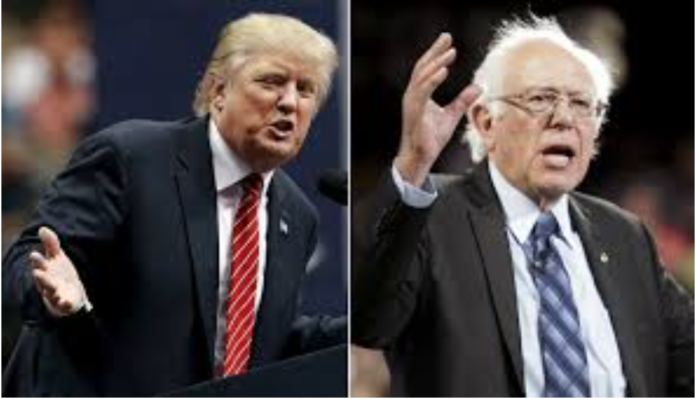 More than any other Political President before him, Donald Trump has understood, harnessed and manipulated cultural political resentment in a manner that has tapped into deep seated economic anxieties caused by free market globalisation.

This union members who voted Barack twice and then voted in Trump aren’t racist, they’re the working classes who feel burnt by the Democrats for embracing neoliberalism.

Trump gave them hope that someone, even a racist sex offender, might hear their economic pain.

Trump is a master of negative populism and plays to the worst angels of our nature.

Winning the popular vote in America means nothing if you can’t win in the Electoral College and in those states Trump needs to win 2020, he is competitive.

That’s what happened in 2016, the Democratic establishment rigged the primary against Sanders so that a positive populist couldn’t become the nominee.

You can see the gathering nervousness by the Democrats and Republicans as Bernie starts to lead in polls and has had a surge in donations. The same corporate gatekeepers and Billionaire Plutocracy that rules the Republicans dominate the Democrats as well. Someone like Sanders who is such a threat to private health and private education interests at the cost of the Military Industrial Complex will never be allowed anywhere near power so the Democrat establishment will do everything to kill his candidacy off again.

Which is inane because the hope Sanders offers with free education and health would be the best chance of beating Trump’s negative populism.

I can see Sanders beating the shit out of Trump in those debates, where as I only see Biden tripping over himself during the debate or some ridiculous chest puffing bumping into each other fiasco which makes him look weak and loses to Trump.

You counter Trump’s hate not with Warren’s policy geekery or Biden’s passive progress, you beat Trump’s hate with Sander’s hope.

This matters because Trump has lied over 15 000 times since becoming President and his latest bewildering lie regarding the supposed ‘imminent threat’ from Iran highlights how dangerously erratic and pathologically deceptive this immoral orange tumour is to the body politic of a good faith Democracy.

Neither the United States or the Planet can survive another 4 years of this toxic narcissist, and that’s why the Democratic hierarchy must be considered responsible if they produce another candidate who protects corporate interests rather than a champion for the people.