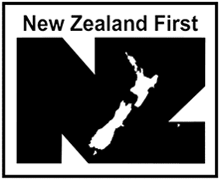 National MP Tim Macindoe Member’s Bill, Concealment of Location of Victim Remains Bill does not do what he claims.

The Bill specifies a requirement for the Parole Board to only “consider” denying parole if an offender refuses to disclose the location of the body.

“If Mr Macindoe really believed in this Bill he would resubmit it making the denial of parole mandatory not just a consideration, says New Zealand First Law and Order Spokesperson Darroch Ball.

“Added to that is the fact it’s just common sense that a Parole Board already considers a non-disclosed body in their decision making.

“There have only ever been two reported cases of convicted murderers released on parole where a body has not been disclosed out of almost 3000 murder convictions in the last century.

“This Bill isn’t even a solution looking for a problem,” says Mr Ball.