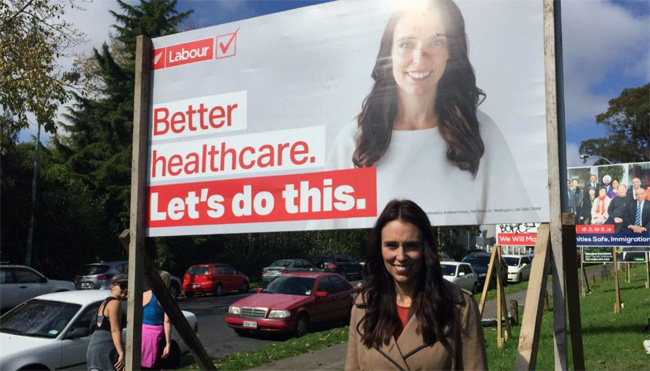 The government’s undermining of the Welfare Expert Advisory Group (WEAG) report: Whakamana Tangata has been masterful.  WEAG was set up in May 2018 and reported finally in February 2019. After sitting on the report for months, the government manoeuvred the burying of it in the launch in May, with a fanfare of three miniscule crumbs to be implemented in 2020.

Then, right on  Christmas, the promised Cabinet paper: Welfare Overhaul: Update on Progress and Long-Term Plan was posted on the website. Who has noticed? Who has the time to read, let alone critique a 39 page report at this time of year?  By the time journalists find it mid-January it will be old news.

But maybe there is nothing much to notice. Maybe that is the point of releasing it at this time.  Maybe it will sink without a trace.

In the report we are reminded, in case we had forgotten, that the Confidence and Supply Agreement between the New Zealand Labour Party and the Green Party included a promise  to:

“overhaul the welfare system, ensure access to entitlements, remove excessive sanctions and review Working for Families so that everyone has a standard of living and income that enables them to live in dignity and participate in their communities, and lifts children and their families out of poverty”

There is a lot of self-congratulation on the Child Poverty Reduction legislation, and ten-year targets, which “aim to roughly halve child poverty within ten years, and establish New Zealand as one of the best performing countries for children.” But the document has virtually nothing to say about specific plans to achieve this. The term: “Working for Families” occurs a paltry seven times and “child poverty” just six times. None of it in depth, so the terms appear only in woolly statements such as:

“Work will continue on Working for Families, as an integral part of the income support system, its potential to reduce child poverty and reflect the value this Government sees in caregiving”

Really?  Where is a promise to index Working for Families properly?  Or to give the full package of child poverty prevention tax credits to the very worst-off 170,000 children in families who are excluded from a major part of the package and whose poverty is dire. Or the long demanded significant increase to core benefits and to thresholds to allow beneficiaries to earn more on a benefit ?

Ominously, the term “long-term” occurs 39 times, while “consideration” or “consider” appears 60 times, and “review” appears 29 times. There are 44 references to a “work programme”.

There are no short-term responses to WEAG other than those three minor ones announced in the budget.  Medium term goals are listed but are very, very vague:

One looks in vain for any clear proposals of actual medium-term policies. Other “ longer term” aspects are clearly not going to be addressed in the foreseeable future:

“ Some areas of the welfare system are particularly complex and will require more time to consider. Work on these areas will begin at the earliest opportunity, however I do not expect to seek Cabinet decisions within this parliamentary term. In the longer term, I propose we should focus on: simplifying the income support system, aligning the welfare system with other support systems, reviewing housing and childcare supports.”

There is no shred of an indication that core benefits will increase; not now, not in the medium term, and not in the longer term either. I didn’t want to write a despairing blog in the season of goodwill but there is no sense of urgency despite the  social desperation that is so apparent  in the lead up to Christmas.