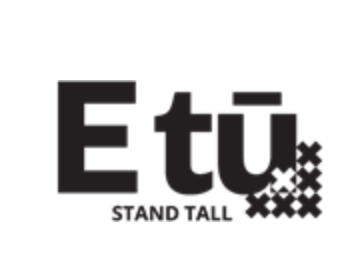 The Government are continuing their commitment to raise wages for Kiwis with the announcement that the statutory minimum wage will go up to $18.90 in April 2020.

The increase of $1.20 is equal to this year’s increase, which was the biggest increase in the adult minimum wage in dollar terms in New Zealand’s history.

Auckland security guard Lavinia Kafoa is thrilled with the news.

“It really sounds great to me. As a single mother, every bit of extra income makes a lot of difference,” Lavinia says.

“For my family, being on minimum wage means I spend many more hours at work than with my boys at home. I explain to them that mum has to work more hours to earn more money so we can afford everything we need.

“It’s a struggle to keep up the all the rising costs, especially rent.

“It can be especially hard during the school holidays. My boys are at home, so I have to get everything ready for them before I go to work. I wish I could spend more time with them.”

Lavinia says that the struggle is felt by her colleagues as well.

“Lots of us at work are single parents so we’re on the same page. We don’t like working for only the minimum wage, but we have no choice. We need to get out there and earn what we can.”

E tū Assistant National Secretary Annie Newman says that while minimum wage increases are very important, they are only one part of the picture.

“We’re very pleased that the Government has kept to their commitment of significant increases to the minimum wage,” Annie says.

“However, we’re still waiting for the Government to deliver on some of their other promises. In the 2017 election campaign, all three coalition partners committed to paying the Living Wage to all core government workers, including those employed by contractors.

“Time’s running out to deliver the Living Wage for the people who need it most.”

Annie says that it’s not just all about wage increases.

“If the Government is to oversee fundamental changes to the New Zealand workforce, they need to implement strong Fair Pay Agreement legislation as soon as possible.

“Many thousands of workers on low wages are exploited by the contracting model, which sees businesses in a ‘race to the bottom’ – paying low wages to stay competitive.

“Fair Pay Agreements would put a stop to that by setting minimum standards bargained by unions and employers. Security guards like Lavinia, as well as cleaners, retail workers, and many others would have their lives transformed by decent Fair Pay Agreement legislation.

“We whole-heartedly commend the Government for lifting wages – now let’s see the transformational changes that we need to fix inequality in New Zealand.