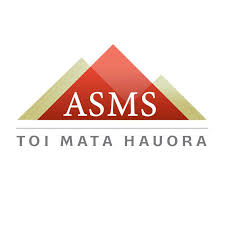 The senior doctors’ union says if New Zealand wants public hospitals which are fit for purpose into the future, DHBs and planners need to listen to the experts who work in them.

A Stuff article reports that senior medical staff at Taranaki Base Hospital are concerned the emergency department in the new $300 million wing will not be able to cope in 20 years.

After several years of political neglect, there are more hospital facility rebuilds getting underway and others which are slated for redevelopment.

The Association of Salaried Medical Specialists (ASMS) says new buildings and infrastructure are desperately needed. Its recent Hospitals on the Edge report highlighted that acute hospital admissions and emergency department use are growing at more than twice the rate of population growth.

ASMS Executive Director Ian Powell says there is already evidence that some new public hospitals won’t be able to keep up with existing demand, let alone demand in 20 to 30 years’ time.

“It is well-known that Christchurch’s new Acute Services building will be over-capacity from the moment it opens its doors next year,” he says.

He says the concerns being raised by senior medical staff in Taranaki underline the urgent need for clinicians to have professional input into new hospital design and capacity.

“Hospital rebuilds should focus on what makes good clinical sense for patients and staff in the medium to long-term.

Too often due to short-term financial pressures new facilities fall short of what is needed for safe patient care and access, and consequently need to be replaced too early,” Mr Powell says.

“This is bad patient and financial planning.”