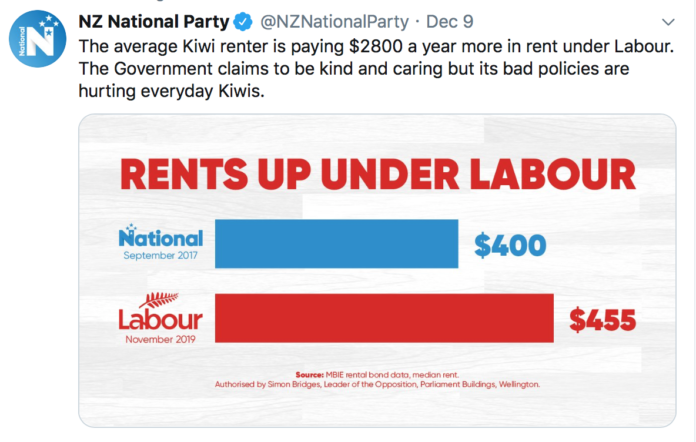 Health Minister Dr David Clark says claims by National that elective surgeries carried out in Taranaki have dropped ten per cent are “flat out wrong”.

Kuriger said the Government could not be trusted on health and Clark was failing to deliver the care New Zealanders need.

But in an emailed statement, Clark said the figures used by Kuriger were were not the relevant ones, and the opposition knew it.

But playing to the worst angels of our nature is just part of the plan, outright deception and manipulations are also part of this plan… 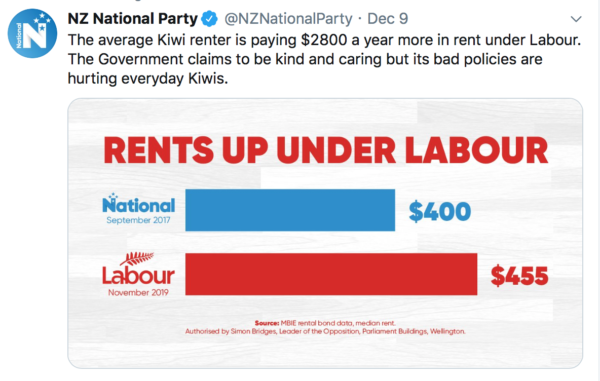 … the difference between the two bars is far, far greater proportionally than the difference in actual numbers, which is an ongoing trend with National’s specifically targeted social media falsehoods… 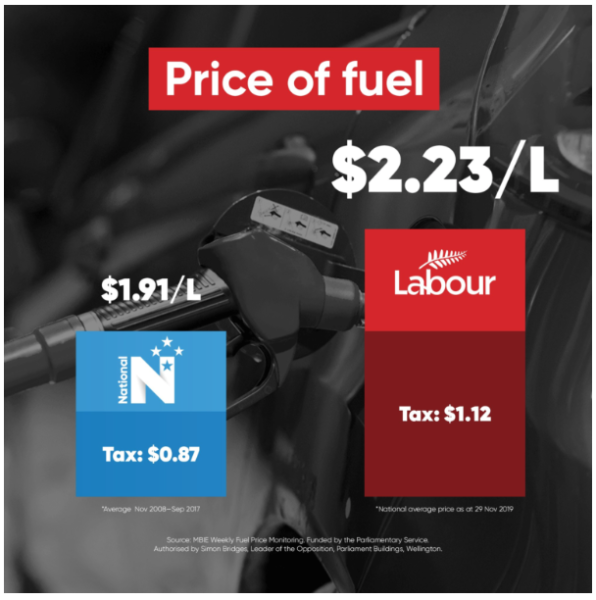 …as statistician Thomas Lumley points out about the above message…

It’s designed to look like a barchart, but if it were a barchart the dimensions of the colored bits would have a closer quantitative relation to the numbers being displayed. I’m going to assume the numbers are correct, because that’s the sort of thing people are more careful about. The bars aren’t.

To start with, the red bar is wider than the blue bar, which is a well-known graphical exaggeration technique. But that’s not the real problem. The real problem is the heights.

If the heights were proportional to the numbers, as in a real barchart, it would look like this: 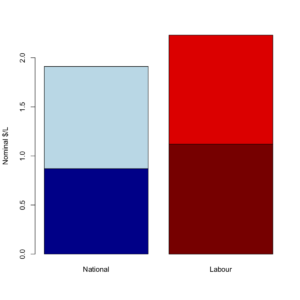 But wait, there’s more!  The blue bar is averaged over nine years of National government; the red bar is from last week.  That means the difference between the blue and red bars is partly inflation.  Over the time since September 2008, the RBNZ calculator says there has been 18% inflation.  We could say, as a rough approximation, that the data spread over nine years should get half the inflation applied.  Doing this would wipe out about half the difference between the blue and red bars, to give a comparison like this one: 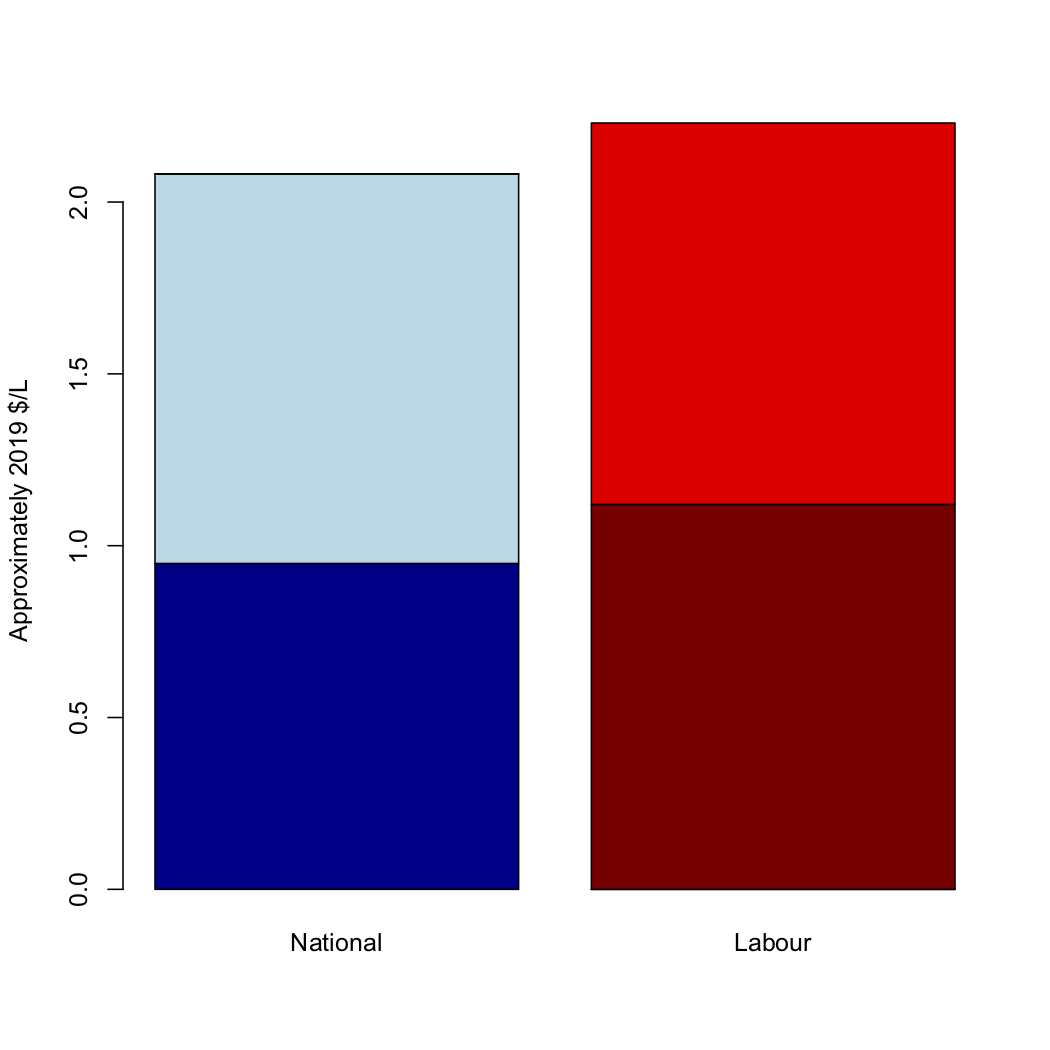 There has been an increase in petrol prices due to tax increases under Labour. It’s not anywhere near as big as National’s graphic implies.

…so not only will National play to the most fearful, angry and insecure parts of the electorates psyche, it will openly lie about facts and misrepresent them on social media outlets that are not covered by the BSA.

National are actively attempting to emotionally manipulate you, resist their manufactured and well crafted lies and help others resist it.

Don’t attack those who have been duped into believing the lies because that path leads to entrenching their vote to National, help show them how they’ve been deceived and give them the respect and agency to make their own decision once the scales fall from their eyes.