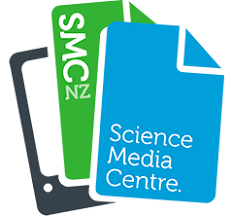 The Government has released the first draft of the cannabis legislation that New Zealanders will vote on in next year’s referendum.

The draft Bill sets out how the cultivation, manufacture and sale of cannabis will be regulated if the country votes to legalise cannabis use, including limiting the supply of legal, quality-controlled cannabis to 14 grams a day for adults aged 20 and older.

Justice Minister Andrew Little also confirmed the wording of the cannabis referendum question as: Do you support the proposed Cannabis Legalisation and Control Bill?

The SMC asked experts to comment on the draft legislation. Feel free to use these comments in your reporting.

“Yesterday the Government released details of the Cannabis Legalisation and Control Bill. In light of the fact that New Zealand has some of the highest rates of cannabis use in the world, this Bill represents an excellent opportunity to take control of the supply of cannabis, regulate its sale, improve the safety and purity of the product, and redirect illicit trade of the drug to legal, taxable sources.

“The details of the Bill are generally very encouraging. The proposed law will prohibit use by teenagers, who are more vulnerable to cannabis related harm. The law will also regulate where cannabis can be consumed and how much can be purchased, and will limit the level of THC in cannabis products, increasing their safety. Furthermore, there will be a significant harm reduction by eliminating most criminal penalties around cannabis use.

“There remain some ambiguities in the proposed law at the moment, but these will be ironed out over the next few months while the Bill is debated. Overall, this is a positive step for New Zealand to treat cannabis use as a health issue, rather than an issue of criminal offending.”

Declared conflict of interest: I am a member of the Prime Minister’s Chief Science Advisor’s Panel on cannabis.

“It is excellent to see that the Government has put this draft Bill out into the public domain for discussion, and created a dedicated website for information that is clear and easy to navigate. The New Zealand public are getting to see the kinds of issues they are voting on in the cannabis referendum (with the caveat that this is a draft Bill). This should also help reassure people it won’t be a ‘free for all’ like some scaremongering and misinformed commentary has suggested.

“It is also excellent to see the Government is allowing people to grow their own cannabis, although an increase to 3-4 plants per person would perhaps be more realistic (Canada allows four per person), two plants is a bit too stringent.

“The main concern with the draft Bill is that a purchase and possession age of 20 years leaves 18- and 19-year-olds vulnerable to criminalisation. This must be avoided at all costs, otherwise the continued inequities in terms of Māori and the Criminal Justice System will continue, as well as the criminalisation of young people. Although, it is really positive to see minor breaches of the proposed regulations around home growing, for example, will be dealt with via infringement notices (like parking tickets) rather than through criminal sanctions. However, the penalties for serious breaches are severe and could be rethought, given prison is ineffective at reducing crime and rehabilitating offenders.

“Bringing cannabis into a legal market will confound the illegal market for this substance, but this will take time and will not happen overnight. As the illegal market reduces, young people will have less access to cannabis, and more access to harm reduction information about use of this particular substance. A strength of this Bill is that harm reduction information at point of sale must be provided. The main reduction in harm will be through stopping the criminalisation of ordinary New Zealanders for using cannabis – an excellent step in the right direction.”

Conflict of interest declared: none.

“The Bill is proposing a tightly regulated, albeit commercial, market.

“There was an opportunity to create a more innovative not-for-profit model, like Uruguay, but this is more like Canada.

“The goal to reduce cannabis consumption overtime via a legal market is unlikely, and most likely just a political aspiration. Likewise, attempts to limit daily purchases is extremely difficult to achieve in practice without a sophisticated real-time system to prevent people simply going to another shop.

“There are also important parts yet to be developed including the size of the tax, production standards, testing regime. All these things have proven too difficult to implement overseas.

“It is disappointing there is not more on social equity including expungement for past cannabis offences.

“There are real questions about whether plant limits can realistically be enforced and who will do it, police or public health officials. Police may assign this a pretty low priority in a legal market context.”

No conflict of interest declared.

“As it currently stands, for those with a preference for reform, the Cannabis Legalisation and Control Bill will likely be perceived as a solid attempt by the Government to provide a balanced piece of legislation to facilitate the legal availability of cannabis for adult New Zealanders.

“As should be expected for a country whose drug policy has, since the early 1990s, placed harm reduction at the core of legislation, the Bill emphasises wellbeing, reduced harms, and ultimately, a lowering of cannabis use over time. Other functions reflect the harm reduction focus, with the Bill referencing controlled availability through the relatively modest amount of cannabis available for purchase on a daily basis and for possession (14 grams), and production (2 plants), with a maximum of four plants per household. The focus on limiting harm is further reinforced by limiting access to those 20 years and over, reducing availability through a ban on advertising and online sales, and emphasising quality control as well as improving treatment access for those experiencing problems with their use.

“It is also pleasing to see that enforcement elements within the Bill focus on those inappropriately supplying cannabis rather than those using, which will hopefully ameliorate negative impacts on youth.

“The Bill has a number of sections still requiring work and while it appears that not all those with historic cannabis convictions will be barred from participating in an emerging cannabis industry, it is not yet clear exactly how this will work. Nonetheless, this potentially supports Māori inclusion, an important consideration given the disproportionate criminalisation of Māori over decades of prohibition.

“There is nonetheless some naivety in the Bill with, for example, Section 61 (subsection 1) noting that those supplying intoxicated clients on cannabis-consuming premises will be liable for prosecution. With the entire point of using cannabis being for its effects, technically ‘intoxication’, it is difficult to see how this might be managed. Similarly with the restrictions on consumption in public places, where cannabis is commonly enjoyed by many thousands of New Zealanders.

“Finally, there will be a hard core of cannabis users who would view the limit of two plants as problematic, particularly where a person cannot grow outdoors and must therefore rely on lower indoor yields and the expense associated with this. Therefore those with limited resources may be more readily in default of the law and be more likely to be prosecuted.

“Overall the Bill represents a solid start but there remains much work to be done on it.”

Declared conflict of interest: None.

“The recreational cannabis Bill addresses issues around safe access to cannabis, reducing drug addiction in the long term and reducing criminal activities. Cannabis is widely used in New Zealand, it is a much safer drug than alcohol and nicotine and there is no evidence of mortalities associated with its use. The recreational Bill has all the necessary elements to make it work, however, it will also be essential for the Government to consider removing all previous cannabis-related criminal records.

“New Zealand has learned from developments in other countries, such as Canada and USA, and the present bill is more restrictive with regards to the number of plants for personal use, quantities allowed, premises and marketing. This is great because the Californian cannabis reform has become very commercial but the New Zealand Bill seems to have been written for the benefit of people, not corporates.”

Declared conflict of interest: None.