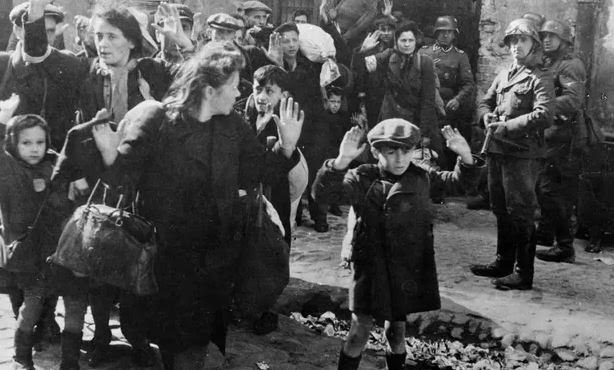 IN ANY DISCUSSION about the morality of Israel’s conduct, the most important question is: “When did you start your clock?” Meaning? In assessing the ethics of the Israeli state, exactly when, historically-speaking, do you begin?

Many critics of Israel start their clocks in 1948, the year of Israel’s birth. Others prefer 1917 – the year in which Lord Balfour, the British Foreign Secretary, declared his government in favour of establishing a “national home” for the Jewish people in what was then the Ottoman province of Palestine. A few even start their clocks in 1897, when Theodore Herzl’s international Zionist movement held its first conference in Basle, Switzerland.

Israel’s most fervent supporters, by contrast, generally prefer to start much further back. Setting their clocks ticking in Biblical times, they cite the kingdoms of David and Solomon as proof that, in the words of the Exodus movie’s theme-song: “This land is mine.” The majority of Israel’s backers, however, start their clocks in 1933 – the year Adolf Hitler and his Nazis took over Germany – setting in motion the dreadful sequence of events that culminated in the horrors of the Holocaust.

Setting the clock ticking in 1933 makes perfect sense. What happened in Germany, and then throughout Europe, between 1933 and 1945, provided incontrovertible proof of the Zionists’ contention that Jews could never be safe in other peoples’ countries. Those who had argued that the national laws emancipating and conferring citizenship upon European Jewry offered sufficient protection against the continent’s endemic antisemitism had been proved tragically mistaken. In a world shocked and stunned by the Nazi death-camps, the argument that only under the protection of their own nation-state could the Jews of the world be safe resonated strongly.

For Israel’s critics, however, the year 1948 offers the most telling evidence of the moral deficiency built into the Israeli state. 1948 was a year of Jewish outrages and massacres: of terrible crimes committed against the Arab population of Palestine by armed Jewish terrorists. The purpose of these attacks was to facilitate what would later be called “ethnic cleansing”. A viable “State of Israel” required the expulsion and dispossession of as many Palestinian Arabs as possible. 1948, the year of the Palestinian “catastrophe”, is thus presented as the source from which flows all the other wrongs committed by Israel over the subsequent 70 years.

What Israel’s critics fail to acknowledge about the years immediately following the end of World War II, however, is that, throughout Europe, the displacement of millions of human-beings – most of them ethnic Germans – had been sanctioned and facilitated by the victorious allies.

Ethnic cleansing did not begin in Yugoslavia in the 1990s, it began in the newly liberated countries of Eastern Europe in the 1940s. The victorious powers had witnessed the malign consequences of leaving large ethnic minorities in the midst of other people’s countries. They remembered the trouble caused by the Sudeten Germans. How Hitler’s Germany had exploited their nationalist grievances to break up Czechoslovakia in the late-1930s. Accordingly, it became the official policy of the Allies to eliminate ethnic German enclaves completely from Eastern Europe. Whole communities: families who had lived in Poland, Hungary, Romania and Russia for centuries; were ruthlessly uprooted and “repatriated” to Germany.

Few objected to this brutal exercise. In the minds of most people living in the war’s aftermath, Germany and the Germans had it coming. To secure a peaceful future “inconvenient” communities simply had to be moved on. What strikes us, at the remove of 75 years, as a deeply immoral policy, struck the people of the immediate post-war world as a tough but fair solution. After all, they had just spent 6 years proving the proposition that when reason and persuasion fail, and all-out war becomes the only option, then the over-riding priority is to do whatever is necessary to end it – as quickly as possible.

This was the moral environment in which the State of Israel took shape and was declared. Starting your clock in 1948, as if everything that happened in the preceding 15 years had no bearing on the behaviour of those determined to establish a secure national home for the Jewish people, is not a strategy with high prospects of success. The grim shadow of 1933, and all that followed, will always obscure the foundational sins – if sins they be – of the Israeli state.

For as long as the vast and unprecedented immorality of the Holocaust weighs upon the conscience of the World, the unethical conduct of the Israeli state will continue to be, if not forgiven, then unresisted.