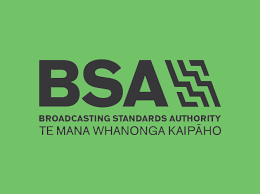 I’m no fan of the brutal, illegal and violent Israeli occupation of Palestinian land, buuuuuuuut, this BSA ruling on such an ugly slur is genuinely jaw dropping in its conclusion…

The Jewish Council has slammed the broadcasting watchdog’s decision not to uphold a complaint over an All Black being labelled a “Jew” on a sports programme.

Instead, the Broadcasting Standards Authority cautioned broadcasters, saying they should avoid language that amounted to casual racism.

In the SKY Sports show Kick-off broadcasted on June 13, the decision said guest and rugby player Bryn Hall gave out a “red card” to All Black Jack Goodhue for his mullet.

…Ummmm, last time I checked, using ‘Jew’ in this manner was deeply offensive and unacceptable, it certainly isn’t ‘casual racism’. Using ‘Jew’ like this is formal-wearing-a-black-tie-tuxedo racism.