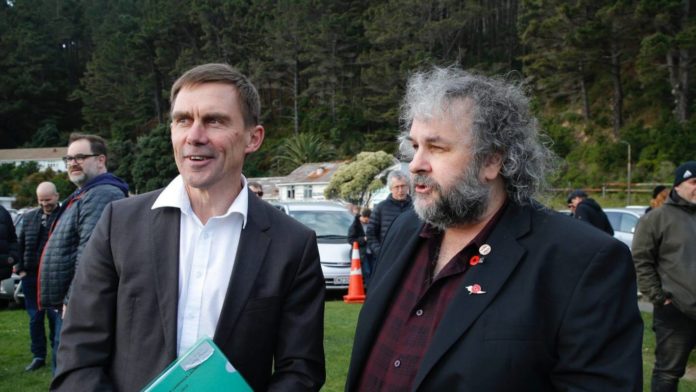 When Andy Foster was unexpectedly elected mayor of Wellington in October (albeit by an extremely narrow margin, and fifth time lucky) questions were raised about the considerable support he had received from local movie mogul Sir Peter Jackson. Just how much money did Jackson give Foster, and just what did he expect in return? No answers to these questions have been forthcoming, despite them being so relevant to clean and transparent local democracy. It appears there are no laws to compel the donor and recipient to disclose what their deal was, and how much it was worth – although it is known that Foster’s spend was two and half times more than his main rival.  For now, all a concerned citizen can do is to follow where Foster prioritises spending the money the Wellington City Council collects from its citizens in rates and assorted charges.

The initial focus was on Forster and Jackson both being opposed to the re-development of the former military base at Shelly Bay on the Miramar pensinsula. The pair launched Foster’s campaign on the site – with Weta Digital staff being asked by their managers to be there and show support.  This may be a good thing to do for much better reasons than satisfying a local millionaire’s wishes in regard to what happens on that lovely peninsula – but is it the main reason?

Foster’s first statements as mayor weren’t about Shelly Bay, they were about speeding up the construction of a second tunnel under Mt Victoria. This is the next (extremely expensive) step in making sure that Wellington experiences the same sort of Carmageddon that Auckland currently endures. It has been known for decades by urban transport planners that the solution to traffic congestion is not more roads, tunnels, bridges, parking lots and buildings and other infrastructure for private motor vehicles. On the contrary, it is to provide less of these things, and prioritise public transport (buses and trains) and active transport (walking and cycling) instead. This provides big wins for both public health and the environment. It is also essential if New Zealand is to cut its greenhouse gas emissions from transport. Road vehicles are currently responsible for around 40% of New Zealand’s carbon dioxide emissions.

So who couldn’t care less about the climate and wants more cars on the road? In Wellington’s case, it seems it is people who are too posh to pedal, and too Big Business to bus. RNZ reported on 15 October that Wellington’s Chamber of Commerce chief executive John Milford was delighted Transport Minister Phil Twyford was open to new discussions about bringing forward construction of a second Mt Victoria tunnel, while “Nick Leggett from trucking lobby the Road Transport Forum said he was looking forward to any progress Mr Foster could make.” Leggett praised Foster as being “clear-sighted” and said that he wanted Minister Twyford to recognise that Wellingtonians want to see action. The National Party also supported the business lobby, with its transport spokesperson and Hutt South MP Chris Bishop saying that Wellington voters disagreed with the [Let’s Get Wellington Moving] plan’s public transport focus, and “the Transport Minister should renegotiate with Mr Foster and prioritise the construction of a second Mt Victoria tunnel.”

When Foster outlined his three year vision for Wellington to the Chamber of Commerce on 26 November, it was reported that he was keen to prioritise a second Mt Victoria tunnel over mass rapid transit. He’s also still keen to have a movie museum – perhaps at Shelly Bay, where Sir PJ originally wanted it to be. All these big spending plans will lead to a 50% rates rise for Wellingtonians in the next ten years – and that’s without replacing the currently barricaded central library with a building which is fit to serve the thousands of Wellingtonians who used to use it weekly, and miss it a lot. If only there were a ‘library lobby’ to talk to the appropriate minister and get them to “recognise that Wellingtonians want to see action.”

Last but not least – who would benefit most from another car tunnel under Mt Vic? Certainly not those citizens in the eastern part of the city who work in the CBD, and mostly have bus services to get them there and back. No – it would be those using cars to get to and from work in the two biggest ‘industries’ in that part of town – the airport and ‘Wellywood’ (or ‘Jacksonville’, as it might be better named).

Wellington airport is currently embarking on $1 billion expansion plans, aiming for 25 per cent more flights by 2040 and almost double the number of people using the airport by then. More flights, more people, more cars going to and from the airport = more CO2 emissions.  Jacksonville has also expanded recently, buying yet another large property in Park Rd, Miramar. Public transport to Park Rd is poor, but there is lots of off-site car parking on the new property. Plus it is SO handy to the airport. Could car-convenience and to hell with the climate be what Jackson really wants Foster to deliver? Maybe. Just saying…