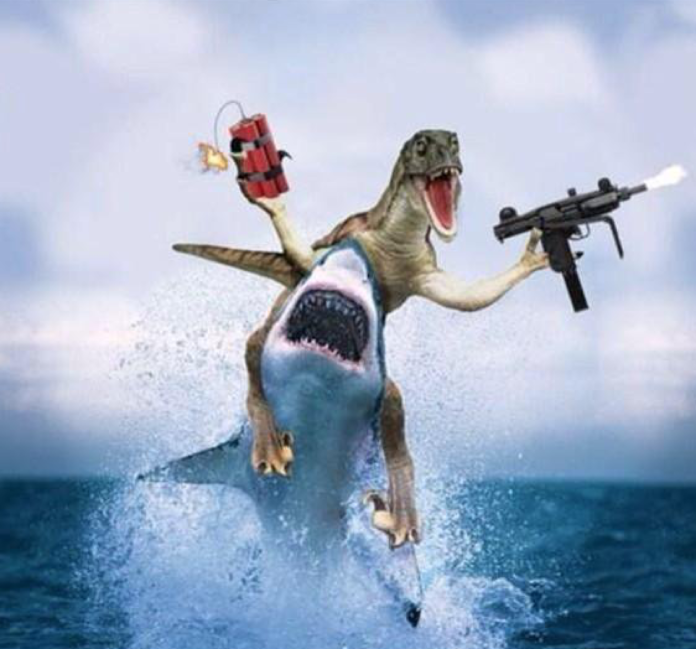 Let me get this straight.

Are you proud of yourself NZ?

Personally I’m truly grateful that the National Party are cracking down on gangs, when will the white supremacy gangs and militant gun clubs get hit?

It’s not just the brown ones right?

Oh. It’s just the brown ones.

So National’s ‘plan’ to deal with the gangs is ‘Strike Force Raptor’ which goes in and penalises gangs who don’t have bar licenses & don’t have the right building consents on their Gang pads?

Jesus Wept, Nigel from the Council is coming with his clipboard! Run brothers, run!

This sad hash of human rights abuses and angry rhetoric that makes up the National Party Gang policy has been universally written off as idiocy on stilts.

Nothing National are suggesting will work and that’s desperately dangerous because we DO have a unique gang crisis on our hands.

With 1000 501s deported to NZ from Australia over the last 2 years, the ingredients for a gang war between the domestic gangs and the Australian imports are already exploding with gang shootings and a wave of cheap meth hitting the streets.

We need solutions to this unique event, the current Government want to crack down on civil rights and National want to go even further!

Why is the move to crack down on civil rights the first thing a Government does when flawed social policy fails?

What does the Government need to do?

Instead of wisdom, what are we actually getting in this gang debate? National promising ‘Strike Force Raptor’ style branding which appeals to 12 year old boys and anyone living in the South Island.

Instead of real critical thinking, we are getting a race between Labour and National on who can strip away human rights fastest. Why is the first response by the State to the failure of flawed social policy to erode our civil rights?

This looming gang war needs strategic thinking, not some bullshit wrapped up in angry rhetoric that is thrown to the baying lynch mob for electoral advance, that path will cause far more problems than solutions.

The real threat to all of this is the coming Summer. NZ is being hit by a tsunami of cheaper, more pure meth being sourced by the 501s through their South American Cartel contacts, this will heighten gang tensions and also create strung out junkies looking to use quick violence for quick cash for the next quick hit.

When this violence spews out into public, the NZ electorate will recoil in horror and National will play the ‘tough on crime’ song and the sleepy hobbits will scream to roll back civil rights to feel safe.

It’s going to be a long hot Summer.