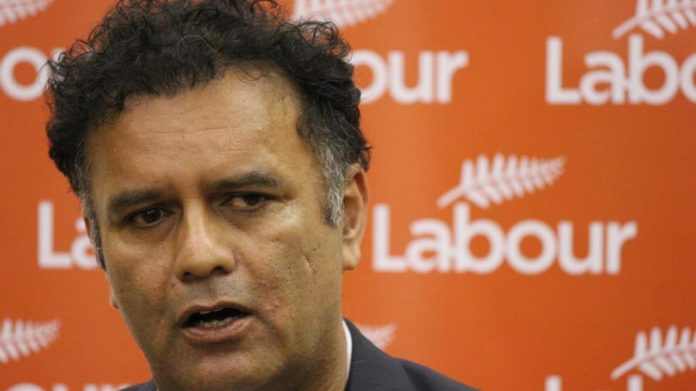 The Labour presidential race is hotting up. Some activists inside the party and other political players warn for Labour to remain government next year they must elect someone who has campaign experience, as well as the political street smarts that has been missing in their presidents since Mike Williams.

Some in the press gallery have already anointed Labour relative-newcomer Habitat for Humanity CEO Claire Zsabo as the frontrunner. In contrast, Maori media commentators and senior union leaders promote vice president, Tane Phillips, as the only nominee with political campaign experience and the trust of blue-collar workers.

Maori, including supporters of Phillips, gathered over the weekend and expressed their frustration with the lack of progress on Ihumatao, and what they described as the invisibility of true representation in the party’s upper echelons. Others expressed fears that without solid campaign experience at the top, the party would become increasingly vulnerable going into an election year.

Current General Secretary Andre Anderson is a recent appointment and will take time to settle in. The other Vice President Tracey McLellan is standing down to run for the Port Hills seat. That means the Labour’s Head Office will have only Phillips in the central leadership who has any high-level general election campaign experience.

In his mid-50s, Phillips has held various positions within the party for years.  As previous chairman of the Waiariki Labour electorate organisation he was the only person in the leadership who believed that Labour could take out Te Uruoa Flavell, therefore removing National’s only viable partner and pathway to government.   Phillips is seen as a policy heavy weight by Maori in the party as their lead policy representative for Te Kaunihera Māori, the party’s Māori council.

I have known Phillips in the past as the head of the Pulp and Paper Workers’ Union in Kawerau. Phillips is the “blue-collar unionist” from central casting – tough, warm, humorous, quick witted with the working class oratory gene. He comes from the same cloth as the people who founded the Labour Party – and are still needed if the prime minister wants to keep her job.

As importantly, Phillips in his day job, is a strong workers’ advocate  who fights for people in provincial New Zealand. He is already a proven leader in Maori, but has respect from union leaders and bosses alike. Having spent several years as part of the party leadership commuting to Wellington weekly I’m surprised he isn’t a shoo-in for the role.

Zsabo is a quality candidate, and is well-known within the powerful Auckland Labour circles. But critics claim she is like the rest of the leadership, creatures of the cities. She doesn’t have Phillips’ extensive rural networks that Labour desperately need. Nor does she have the first-hand direct knowledge of the party’s complex internal dynamics – especially when it comes to navigating the complex relationship between the Maori Caucus and the wider Party.

Maori were dissed twice by Labour in our generation, and lost their seats to NZ First and then later to the Maori Party tossing Labour onto the opposition benches.

The current term has not been an easy one for the party’s Māori caucus. Their MPs have faced pressure from their constituents over the Government’s handling of Ihumātao, and the uplifts of Māori children by Oranga Tamariki. There is increasing concern about whether their voices are being heard by the wider caucus.

Phillips played a key role in Labour’s successful campaign to win all seven Māori seats back after 12 long years, whilst balancing the nuanced messaging for both the Māori and non-Māori constituencies. If he is elected president at the party’s conference he may be the first president who actually has serious fundraising experience. Union bosses are used to getting money off the rich, so he will be able to put that skill to use.

As a union leader in a rural community, he is used to mobilising the community. None of his predecessors have had that ability. A senior union activist in the party tells me Phillips is the only person who can confidently carve out a more defined centre left position for the party and put workers’ rights back into the mainstream of the party.

It’s ironic that opponents of Phillips say he has been tarnished because he served on the party’s Council during the alleged sexual assault of a female Labour volunteer. Given the alleged abuser was a parliamentary worker and a key aide to a senior cabinet minister I didn’t see any senior MPs who knew something was right take responsibility – which they should. They left it to the prime minister to burn up her capital for them instead.

“Put Jacinda and Phillips together and you have a picture of a complementary balance. But put Jacinda and Zsabo together and you have two very similar well-educated Auckland middle-class liberal women. We don’t need clones, we need diversity and we need to be able to recognise ourselves in the mix,” said one party insider who did not wish to be named for obvious reasons of self-protection. Though they do have a point.

Much has been said about lip service about breaking the glass ceiling for women aspiring to leadership.  In my younger days I ruefully observed women were always the vice-presidents and deputy chairs. Thankfully that has changed. But diversity isn’t just about gender. Diversity is about when two candidates are competent to do the top job, then diversity should be a determining factor

There is deep irony when both Labour’s deputy and their vice-president are Maori.

Labour now has the opportunity to support Maori having real leadership too, rather than  being the sidekick bought out for ceremonial occasions to create the illusion of equality, when it isn’t.