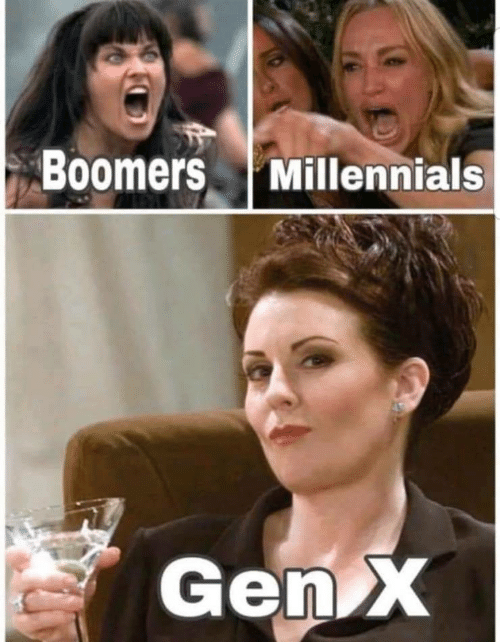 Bless Chloe Swarbrick for just dropping the ‘Ok Boomer’ retort in Parliament as she explained why her generation struggles to remain calm in the face of Boomer apathy over something as agenda setting as climate change.

The casualness with which she slipped the insult in was perfectly dead pan and it’s set social media alight with those cheering her use of it vs Boomer indignation that their comfortable sense of complacency should ever be mocked so mercilessly.

‘Ok Boomer’ is a weary insult from a  gathering generational war.

Millennials were of course raised by helicopter parents and an education system that preached inclusion above all and how special everyone was for participating. Where the demands of the Millennial  to be safe trumped all other objective standards and expanded into subjective definitions of triggers and endless social media navel-gazing. Where precarious work environments, over education and lack of true economic wealth mean the only power was the policing of micro-aggressions. Can’t change the hegemonic structure of neoliberalism? Endlessly prosecute every tiny interpersonal interaction as a war crime. Lives in the shadow of climate change like the spectre at the feast.

Boomers of course lived under Governments who saw the impact unfettered capitalism caused democracies with World War 2. The unmodified crash and boom cycle could suddenly leave vast swathes of a democracy in crippling poverty and when capitalism failed people they radicalised to being Communists or Fascists. Governments post World War Two saw their obligations as subsidising from cradle to grave the lives of their citizens so that they had a vested interest in remaining democratic capitalists as opposed to Communists or Fascists.  Boomers grew up in this amazing economic time with universal services and a true egalitarian goal, sadly as a generation they lifted the universal ladder that had provided them so well up after them when the Gen Xers turned up. 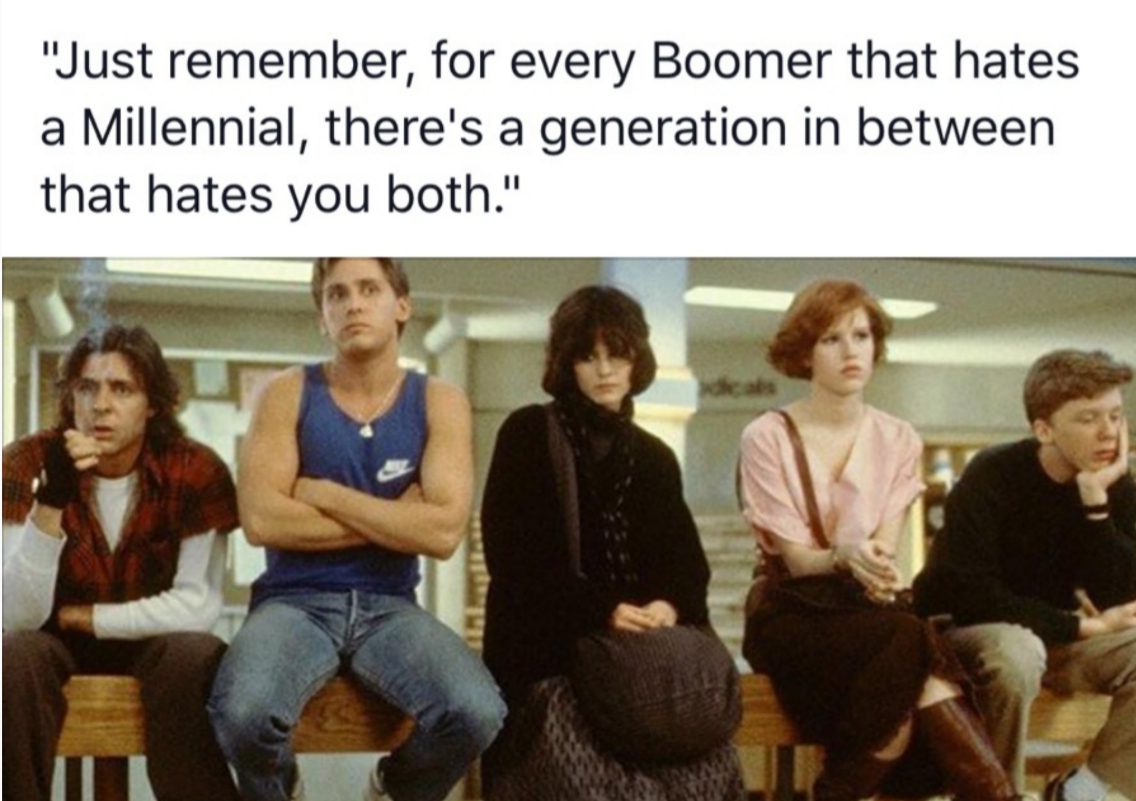 Gen Xers, my generation, can’t stand either of these generations. We are the first user pays generation, who put off having kids til later after education costs, got priced out of the market by property speculating boomers, are now told we will have to get our Superannuation late and remain unable to break through in a range of career paths because the bloody Boomers refuse point blank to retire.

The vested structures of neoliberalism that Boomers have benefited from will never be dismantled while the Boomers have numerical power at the ballot box, and this is the only ray of hope for Gen Xers and Millennials. In NZ the first election where we will have numerical advantage over Boomers is 2026. At that election there will be more of us at the polls than Boomers.

THEN we get our revenge comrades. Then.

The sacred promise of democracy is that a parent can look into the face of their infant and know that child will get a better deal at life than they’ve had. With the dominance of neoliberalism and a user pays culture that puts free market globalised profit above all else, parents can not meet the gaze of their children in good faith any longer.

The promise of democracy has been broken and there will be deep ramifications to that.