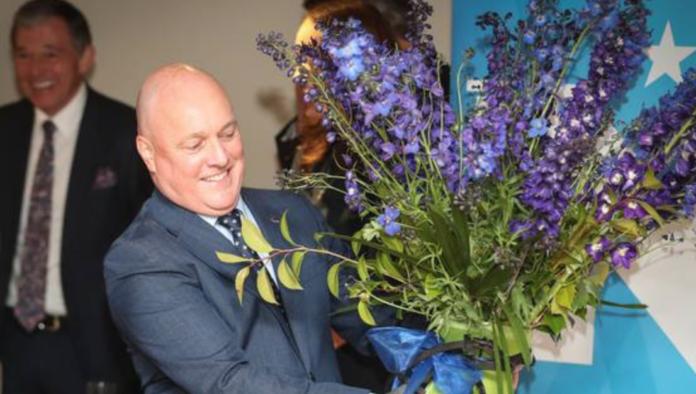 National Party MP Maggie Barry is stepping down at the next election.

I’ve had personal run ins with her in the past, most notably at a 2014 Public Broadcasting election meeting where she and I ended up yelling at each other over National’s role in Dirty Politics.

Maggie was always donkey deep in any back room scheming and plotting and I think in the end she just burnt too many bridges internally with her colleagues to stick around. She had complaints about bullying which were difficult to ascertain because I think her personality was just always aggressive as opposed to openly malicious. She could be petty, but she was one hell of a battler and I think I kind of admired that in her. She was a poor woman’s Judith Collins and leaves with few achievements for her time in Politics. She is a cautionary tale that if all you come to Parliament with is piss & vinegar, you can’t get that far.

Shane Jones on the other hand is once again staying on brand and showing how a master plays the game. He’s not dog whistling divisiveness with this attack on Indian anger at Immigration crack downs, he’s Hound Fluting.

The more the migrant Indian community scream he’s racist and threaten  ‘something big‘ if he isn’t sacked immediately for making reference to going ‘back to your village’, the more powerful and effective Jones becomes.

By over egging Jones comments and decrying him as a racist, the more the majority will side with Jones. Asking Immigration NZ to insist Indian couples have been living together before they can successfully move to NZ won’t be seen as the great sin the activists have painted it out as, so doubling down and calling him racist and demanding his resignation will sound groundless.

The majority of NZers will see Jones comments as cheeky and naughty, not racist and the attention and news oxygen will probably have NZ First over 5%. The Migrant Activists have really misplayed this entire fiasco.

Finally, we come to the new corporate anointed replacement for John Key, Christopher Luxon. In less than  day we’ve seen how far right the new National MP for Botany really is. Asked if solo mothers should be docked for not vaccinating their kids, he emphatically told Radio NZ, YES!

If that wasn’t bad enough he then doubled down and said anyone receiving working for family payments and who doesn’t vaccinate their kids SHOULD ALSO have their payments withheld.

It’s amazing how Luxon can go from a petty tyrant who used Air NZs monopoly position to price gauge and skimp on service to wide eyed right wing eugenics sadist in the space of 24 hours.

For the record, once again for our vicious National Party friends, the research clearly shows poverty & work/time pressures were far bigger factors in failing to immunise than any other thing. So financially punishing will make those rates worse!

What a day in politics.