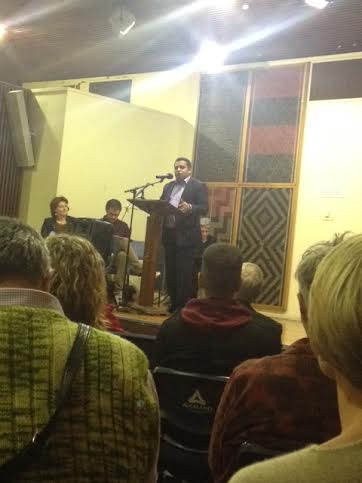 The Coalition for Better Broadcasting held their public meeting in Auckland last night and it became a fiery shouting match when Maggie Barry decided to slag Laila Harre and me off. 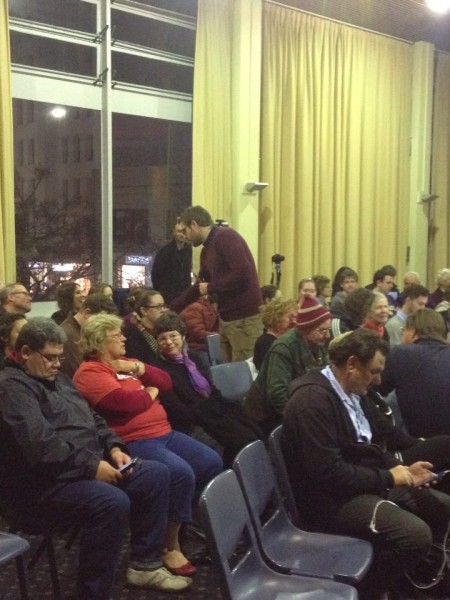 Guy Williams was the MC, and he did a remarkably funny and smart job of hosting the meeting.

Kris Faafoi was first. God he’s boring. I want to be a champion for Labour Public Broadcasting, but Kris puts me to sleep. The idea that RNZ would be made to start a public broadcasting TV station means that Labour have given up on forcing TVNZ to be the public broadcaster. It’s a nice idea, but Radio NZ can’t run a bloody website properly, asking them to start doing TV isn’t credible.

What it will really be is a camera in the studio filming RNZ interviews mixed with re-runs of ‘It’s in the bag’. Yay. All the vision of a blind cyclops.

The next Government should take back the 3 Kiwi Fm stations and make them ‘RNZ 2’. It would have the best next generation of broadcasters hosting talk news radio where NZ Music has a strong place with a far better online presence.

Julie Anne Genter got stuck into National for destroying Public Broadcasting and talked about how vital it is for the quality of our democracy. They wanted a properly funded public broadcaster and extra money for Kids TV.

Colin Craig was funny. I’ve interviewed hims  number of times and he comes across well on TV, and he is very, very good one on one, but I’ve never seen him speak live  and god it’s awful. No one who can make you cringe that much should be able to get over 5% of the vote.

Laila Harre was brilliant. She focused on the revelations in Dirty Politics and argued a strong fourth estate was essential for a healthy democracy. She was the only candidate who understood how the structures within Journalism that help guide the ethical culture has been ripped apart by media organisations who have de-unionised and degraded career development.

Tracey Martin was a delight as always. She’s just in the wrong Party. Someone send her a membership form for the Labour Party.

Her garden would have ore to say on National’s lack of a public broadcasting policy than she did last night.

So I wasn’t going to let her just traipse through without getting challenged.

I asked, “In light of the dirty, filthy, media manipulation tactics of the National Party and allies, as revealed in Dirty Politics,  how important do the candidates think a properly funded public broadcaster is for the quality of our democracy” (or words to that effect)

Laila answered and Maggie got up and decided to slag me and Laila off. The reaction was pretty brutal…

…as the CBB press release went on to state…

…Dirty Politics shows us how easily our media has been manipulated. If we are serious about countering what the book has revealed, we need a properly funded public broadcaster and a Minister who will take it seriously.

Footage of last nights debate will be posted online today.