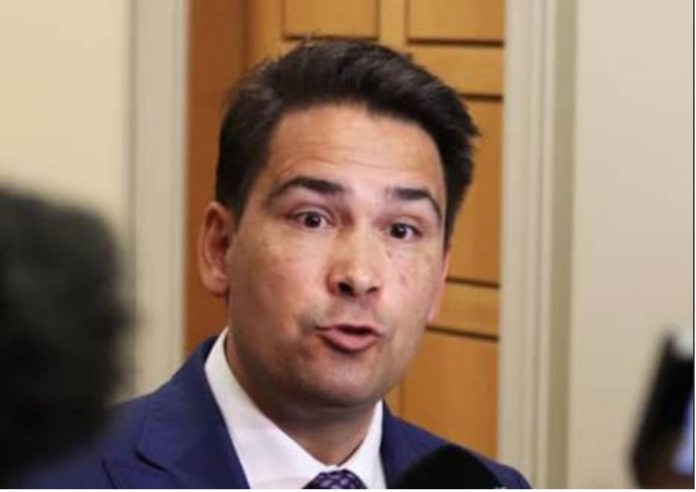 SIMON BRIDGES may be right. He’s clearly betting everything National has on the New Zealand electorate being neither outraged nor offended by his behaviour. If the polls are to be believed, it’s a wager he and his party appear to be winning. National is only a few percentage points away from winning the 2020 General Election outright. So what if he comes across on radio and television as ever-so-slightly bonkers. Venture out into the “heartland” and it will soon become apparent that he’s not alone.

Time was when the boundaries of political acceptability were pretty tightly defined – and enforced. Back in the days of newspapers and a strictly limited choice of radio stations and television channels. It was a time when editors wielded enormous power. People with complaints about fluoridation might get the occasional letter-to-the-editor published, but unless the editor himself (it was almost always a him) was anti-fluoride that was about it. The same applied across the entire range of social, economic and political issues. There were ideas that it was acceptable to hold and, hence, to read about; and ideas that most emphatically were not.

These boundaries corralled not only ordinary citizens, but their leaders as well. Step outside them and the retribution could be swift and savage. People who look back wistfully to the days when “consensus” reigned, tend to forget the level of exclusion required to give it effect. The state had no need to maintain a strict censorship regime (excepting, of course, in relation to matters sexual) when the finely honed “journalistic instincts” of newspaper proprietors, news and current affairs editors, and television network bosses made state intervention unnecessary. Which is not to say that the occasional maverick wasn’t allowed to make it through the barbed-wire – if only to demonstrate the system’s willingness to tolerate unorthodox opinions. These honourable exceptions, however, served only to prove the rule.

To step outside the agreed boundaries of political orthodoxy required special courage. In the 1950s and 60s politicians enjoyed considerable public respect, which they were careful to maintain by ensuring that their conduct measured-up to the voters’ expectations. Members of Parliament were serious people: much happier to be considered ponderous than over-excited. A performance akin to Simon Bridges’ on today’s (16/10/19) Morning Report would have been career-ending – even in the 1970s and 80s. So, why does he feel so safe in coming across as ever-so-slightly bonkers?

The answer is very simple. Bridges and the National Party’s strategists have discovered that the ideas and attitudes considered acceptable by today’s editors and journalists are no longer enforceable. The rise and rise of the Internet and the social media platforms it spawned means that the average voter is no longer dependent on newspapers, radio and television for guidance about right-thinking and wrong-thinking. Indeed, what social media has revealed to those average voters is just how vast the gulf has grown that separates their own values from those of the “elites”. What’s more, those same average voters are now free to communicate with one another directly. They no longer have to run the gauntlet of their local newspaper editor’s prejudices – or rely upon the news bulletins and documentaries broadcast over “mainstream” radio and television. Today they have their own sources of information – their own news.

This ability of readers, listeners and viewers to go around the “mainstream” has brought about an historic reversal of dependency in the consumption of information. Now it is the editors of newspapers, radio stations and television networks who must absorb the prejudices of their audiences. The advertisers that still pay the bills can no longer be told to take it or leave it when it comes to getting their messages across. When advertising revenue is dependent upon the number of people who “click” an on-line story, editors are required to go after every click they can possibly get. Media content has been democratised in ways not seen since the early years of the printing press. It is no longer a case of the “improving” the great unwashed by feeding them the ideas of their betters. Today, it is the great unwashed who call the cultural shots. Not an altogether pretty picture. As the great impresario and showman, P. T. Barnum, put it: “Nobody ever lost a dollar by underestimating the taste of the American public!”

Nor is it likely, judging by the behaviour of Simon Bridges, and his small army of social media creatives, that any politician is ever going to lose votes by underestimating the wit of the New Zealand electorate. He – and they – know that roughly 50 percent (and probably a lot more!) of New Zealanders are not well-off, well-educated and “woke” urban sophisticates. Hell! They’re anything but! Which is why Simon keeps his messages short, simple and brutal, with endlessly repeated stock phrases. “Keys to the Kingdom” anyone?

Ever-so-slightly bonkers? You betcha! Just like his electoral base.