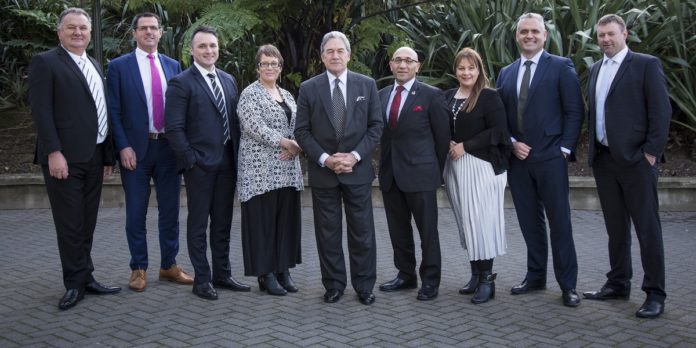 The catalyst for the current meltdown we are witnessing inside NZ First was Winston’s ‘rugby injury’.

That scrambling by some MPs disgusted already disgruntled members and a push back was embarked upon.

The surprise was that Winston made a Lazarus like return from the grave but the tension that had built up was already in motion.

Disgruntled NZ First insiders were created by a lack of the more redneck elements of the NZ First platform from being adopted. Winston is smart enough to pay lip service to his supporters petty bigotries but not actually have any intention of implementing the dismantling of the Māori seats or culture tests for migrants or reducing the number of MPs to 100 or public stoning of Muslims.

This lack of a redneck agenda was the catalyst, but as these disgruntled insiders started scratching around for dirt and stumbled upon the pay for play element of NZ First.

NZ First generate the majority of their wealth from donations that are washed through a laundromat so no one knows where they come from. Talking to sources it looks like the Fishing industry and Trucking industry have made large scale donations that have then led to policy written for their interests and not the wider interests. This realisation is the reason why the NZ First President has suddenly stepped down for ‘moral’ reasons.

The tensions inside NZ First between the angry rednecks who want angry redneck policy and Winston’s more rational stance combined with the retail politics need for vested interests to fund you will run riot because NZ First doesn’t have any real ideological values.

National’s 2020 election campaign is to promote Blue Greens enough to drag the Greens under 5% and could use this recent implosion inside NZ First to sink them as well.

If Labour have no coalition partners, MMP will redistribute that vote to the party with the largest majority.

Winston’s demise could be Jacinda’s demise.