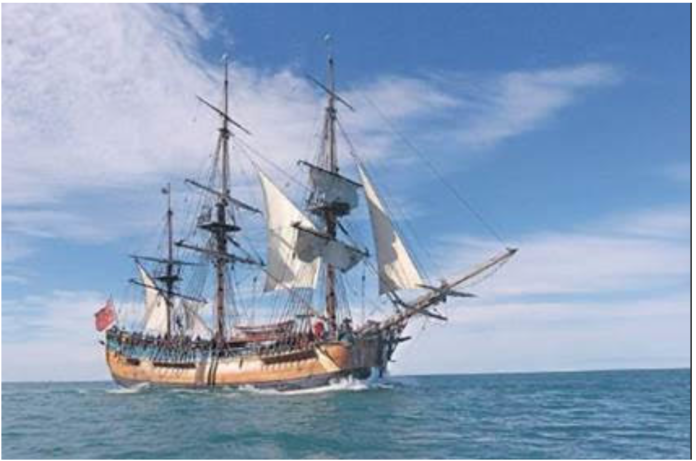 THE MAORI NATIONALIST assault upon the historical meaning and reputation of Captain James Cook is entirely understandable. With his arrival in October 1769 these islands ceased to be the preserve of Polynesian navigators and settlers and became a part of both the world’s map and the world’s history. It is this sudden and irreversible transformation that presents such a formidable obstacle to the Maori nationalist cause. Its proselytisers know that once Cook’s map of New Zealand was added to the global stock of human knowledge, the world of the Maori was doomed.  Small wonder that the outspoken Maori nationalist, Dr Arama Rata, recently described Cook’s ship, the Endeavour, as “a death ship”, and characterised his arrival as an “invasion”.

Maori nationalism is not, however, about mourning the loss of the pre-European world that Cook’s arrival made inevitable. It’s partisans are not so reactionary as to suppose that the restoration of the status quo ante is either possible or desirable. No matter how loudly they might lament the loss of life that accompanied the first encounters between Maori and Pakeha, they are well aware that no Maori would thank them for magically uplifting their children from twenty-first century New Zealand and dropping them into eighteenth century Aotearoa. No, what Maori nationalism seeks is a reversal ofpolitical fortunes: the creation of an Aotearoa-New Zealand in which Pakeha will no longer call the shots.

A radical revision of New Zealand and, indeed, of global history, is crucial to achieving this political reversal. The cultural and scientific achievements of the European peoples, especially their dramatic expansion into, and eventual subjugation of, practically every other significant land mass on the planet, must be re-cast as an horrific tale of murder, rape and theft – undertaken by that global human scourge which Dr Rata calls “white people”. Only when the general perception of European civilisation has become one of technological prowess unmitigated by compassion or restraint, and the colonisation process is presented as uniquely oppressive and destructive of land and people, will the nationalist cause enter its next and most important phase – that of radical constitutional transformation.

When it comes to effecting that transformation, a surprising amount of faith has been vested by Maori nationalists in demographic change. Surprising, because in their hopes of overtaking the Pakeha population at some point in the reasonably near future, the nationalists are showing a confusing degree of confidence that the rapacious colonisers will simply stand back and allow the balance of democratic power to shift irrevocably in favour of the tangata whenua. That this is most unlikely to happen is demonstrated by the fact that, for the last 30 years, the “White Settler Government” has presided over an immigration regime which saw the “Asian” population rise from fewer than 5 percent of the population to 15 percent – a figure rivalling that of Maori New Zealanders.

Was it purely a matter of chance that this rapid reshaping of New Zealand’s demographic structure coincided with the flowering of the “Maori Renaissance”? Or, is it evidence that the Maori population will never be permitted to rise to a level where the dominance of European political and economic models is threatened? Have Maori nationalists not noted the change in the official terminology used to describe New Zealand society: from “bicultural” to “multicultural”? The determination of the New Zealand state to integrate its domestic economic institutions ever more inextricably in the global economy renders the Maori nationalist project ever more problematic.

From the nationalists’ perspective, the only hopeful aspect to the present situation is the enormously high level of historical ignorance in the New Zealand population – especially in the young. Forty years of failure to present a coherent historical narrative to successive generations of students has left young New Zealanders prey to the anachronistic blame-gaming of Maori nationalists. Descriptions of Cook as a “colonialist” and, even more risibly, a “white supremacist”, have been swallowed whole by those Pakeha disposed to range themselves against the negative effects of racism and colonisation on contemporary Maori. If Maori nationalist historians can seize control of the new, soon-to-be-compulsory, history curriculum, then the necessary ideological preparations can be made for a radical constitutional transformation. Only thus can the historic reversal of Maori fortunes, which began on the day the Endeavour arrived off the New Zealand coast 250 years ago, be overturned.

But only if the “White Settler State” is a great deal less determined to maintain its power and privilege than the Maori nationalists have, so far, been willing to admit.