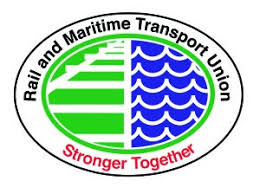 The Rail and Maritime Transport Union (RMTU) has today ratified a ground breaking pay deal with Dunedin Railways which will see all union members being paid a living wage and the lowest paid receiving an 18% wage increase. Higher paid RMTU members have agreed to defer their pay rise for 12 months in order to enable their lower paid workmates to get to the living wage.

“This is a significant pay deal for those who need it most,” says RMTU organiser John Kerr. “Dunedin Railways is a great little railway that brings a lot of tourism into the city but in these challenging times hasn’t made much money. Management were up front about that but understood our members wanted to look after the lowest paid and helped us to do that. About a third of members were paid below the living wage of $21.15 per hour, this agreement gets everyone to that rate as a minimum. ”

“The deal has been negotiated over the past few weeks with a great deal of good will on both sides. It’s great RMTU members have seen the value of a pay deal that looks after the least well off and underlines our union values of fairness and collectivism. It’s a good news story for our members, the employer and the city of Dunedin. The majority shareholder is Dunedin City Council so this agreement reflects well on the council as well,” he said.