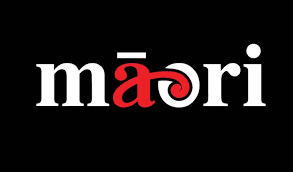 The Māori Party supports mana whenua of Ihumātao and acknowledges their coming together to reach consensus on the future of their whenua.

“We also acknowledge the leadership of the Kīngitanga who have played an important role in supporting and guiding this process”, says Che Wilson, President of the Māori Party.

“Reaching a unified position over a desire to see the land returned is a major step forward. We watch with interest now to see how true Jacinda Ardern is to her word that ‘the views of mana whenua are key, as is a ‘by Māori for Māori solution’”, says Mr Wilson.

“If there were ever an issue that Ms Ardern should be held to account for, it’s the issue that’s played out at Ihumātao. I reminded her at Turangawaewae of her statements at Waitangi where she was asked to be held to account. That time has now arrived and her leadership will be judged on whether she keeps her word to mana whenua and to Māori.”

“Apart from a return of the land at Ihumātao, the Māori Party supports Rahui Papa’s comments on preventing further alienation. We urge the Crown to engage with urgency in finding a solution, per the direction of mana whenua.”