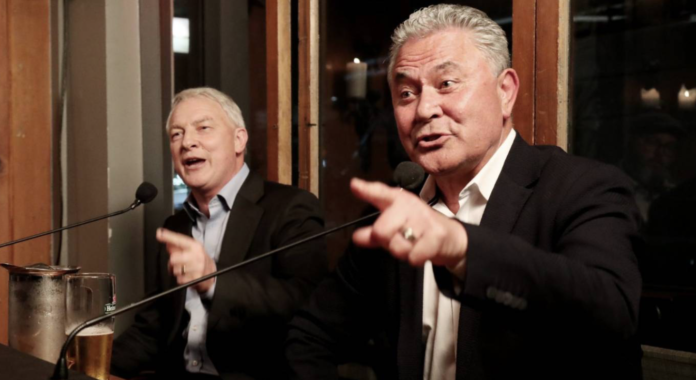 The sanctimonious wailing by mainstream media over Tamihere’s taken out of context comment would be hilarious if it wasn’t eclipsing the NZDF covering up an actual war crime – the woke shallowness of our media is extraordinary.

Just before the last set of questions, I asked the following questions…

UNCLE PHIL: – You were very self congratulatory last year when you told everyone that you shut down crypto-fascists Molyneux and Southern – but as Mayor do you really have the power to censor voices you don’t like?
UNCLE JOHN: – If John Banks was Mayor and he didn’t want a  council venue used for a Gay Rights Activist to speak at, should the Mayor have that power and what will you do if these alt-right crypto-fascists  try to come back here?

The way the media are attempting to frame it was Tamihere just announced he was actually a Nazi and was invoking hate against mixed race grandchildren.

If Tamihere is secretly a white supremacist Nazi, he’s done a bloody good job of disguising it as a Māori. Chris Trotter has written the best review of this entire fiasco here.

Meanwhile the NZDF continues to cover up an actual war crime, if only the NZ mainstream media and the perpetually outraged woke on Twitter could focus on that as much as they have on this.