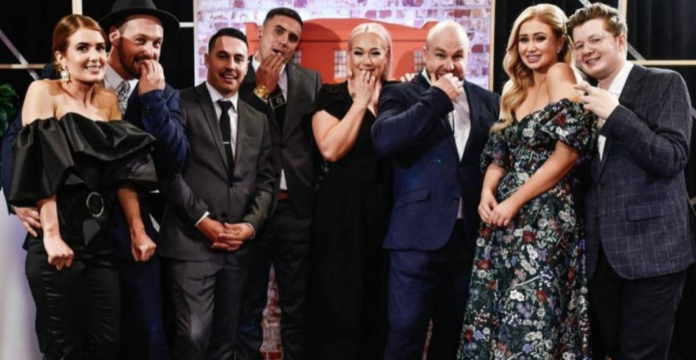 I find renovation programmes at a time of a housing crisis on par with cooking shows when 200 000 hungry children live in poverty, it’s the kind of banal middle class artisan bread and organic roses entertainment that deserves little more than naked contempt.

Nothing tells us that the absurd speculative property bubble has finally popped in Auckland quite like the astounding failure of the Blocks auction last night.

In a culture of middle class property speculation where the dream is to grow rich by selling overpriced houses to each other, the outrageous prices being demanded for these shitty apartments was as ludicrous as the fact three of the teams effectively worked for free.

Making desperate social climbers renovate property for the profit margins of the Mediaworks corporation sounds like a dystopian nightmare, but even my cynical heart was moved to watch 3 of the contestant teams make not one single cent as they barely managed to reach their reserve price.

12 weeks of slave labour and nothing to show looks less like an entertainment programme and more like a documentary for those living on minimum wage.

There is something terribly wrong with us as a culture when homes have been denigrated to simply units of profit maximisation and that denigration is celebrated as entertainment.

At least the Gladiatorial sports of Rome had the honesty and integrity to never pretend to be more than butchery for the bored mob.

What’s next from MediaWorks? ‘Blood Diamond Challenge’ where Children in the Congo work 20 hours a day to find the most valuable diamond for their cruel overlords? How about ‘Body Organ Chase’ where dissidents in China compete to have their body organs harvested for political crimes? How about ‘Ihumatao At First Sight’ where protestors are chased by Police dogs and tear gas to stake their claim to historical lands?

The more and more I watch of us as a culture, the less and less I like.