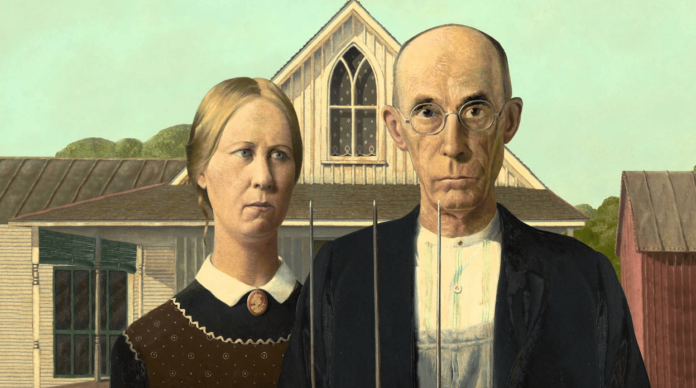 They will never admit it, but the cowboys of New Zealand’s raw resource extractive economy are privileged. Farmers have considerable wealth tied up in property and stock, they have had access to undervalued freshwater to extract from, and to dispose into. Long time fishers often didn’t have to pay for their quotas and they certainly don’t pay for biodiversity costs. The use of raw resources such as land, soil, water, and fish stocks, are true examples of privatised benefits and socialised costs.

If you or I treated animals the way many farmers do, with systematic mistreatment, there’s a chance we’d be condemned. But the sheep sector that allows up to a hundred thousand lambs to die in spring snows each year expect us to feel sorry for their losses – not for the sheep. Dairy farmers want dispensations for polluting swathes of streams and rivers, and ruining freshwater for generations to come. The fishing industry would have us believe that they are caring stewards of the sea, keen on sustainability, and that they never catch dolphins.

They trot out the rhetoric that they are struggling, the back bone of the country, put upon by ‘urban liberals’ who sit round drinking lattes and know nothing about farming.

I grew up on a farm and remember the misery of pigs in tiny pens, castrations and tail clipping done without anesthesia. The sows that had no access to natural bedding, no space to turn around, no way of nurturing their piglets. My experiences of pigs having their throats cuts, bled out and scalded while the next in line watched from a cage on the tractor, put me off ever eating pork as an adult. Generally these practices haven’t changed because every time there’s a review of animal welfare, farmers successfully argue that they’re a special case, and changes to farm infrastructure would be too expensive and take too long.

Many of us have seen the videos of the cows loyally pursuing the tractors taking their babies – and those that are male being taken to the freezing works because they have little economic value. There’s the evidence of the bobby calves being mistreated, -just babies, being thrown around, left in the cold, and bashed to death. No doubt I’ll be condemned for using emotive language, of anthropomorphising the emotional effects on other animals, of generalising mistreatment when bad performers are ‘the exception’. But in the animal industrial complex, non-human life and nature are considered as a commodity and have little alternative value.

We’ve seen the videos and the photos of barns full of chickens, bred to mature in only six weeks to suit the fast-food market in stores and takeaway chains, but so distorted that they can barely stand. They’ll never see the sky except on their way to the rendering plant. They’ll never get a chance to fly, or to scratch in the dust. The way they’re bred and raised means they’re barely chickens at all.

We are less likely to see the travesties of modern fishing practices because there are so few observers, and on the rare occasion when cameras do catalogue indiscriminate fishing practices, you can be sure fishing industries don’t want the public to view it. It’s worth noting though that when cameras were installed as a trial on six fishing boats out of Timaru, five of them hauled up and discarded undersized, non-target fish, and the by-catch included two Hector’s dolphins. Generally, if a fishing boat catches a rare dolphin as long as it’s reported there will be no fine – but who would report it anyway because if you do, rumours have it you’ll be beaten up for jeopardising the industry. If you had any doubt about the privilege of the fishing industry, check out the Animal Welfare Act, mistreatment of animals is generally prohibited, unless it’s as by-catch. You can go to jail for catching trout without a licence but if you pillage the oceans on grand scale you’ll get very rich and a knighthood to go with it.

The privileged status of the primary sector is evident at the moment, with Governmental reviews of freshwater and Maui and Hector’s dolphins. In both cases affected sectors are pleading special interests.
The Seafood Industry have been running full page ads in leading newspapers pre-empting potential removal of their privileges and entitlements to kill. This week they featured Curly Brown, who’s been a fisherman off Taranaki for 38 years. The industry fudges the facts by denying they see or kill Maui dolphins, and claim that people like Curly, who employs five people including him and his wife, are the lifeblood of coastal communities, implying him and his mates are being unfairly targeted to save the endangered species only found here – making the argument that it’s people like Curly who are the endangered ones.

We’ve seen similar rhetoric this week from the dairy industry in response to the Government’s proposals to better manage fresh water for human and environmental health. Dairy farmers old and new have had such free and privileged access to freshwater that it’s driven landscape scale conversions to intensive and extensive dairying, ruining rivers in less than a lifetime.

The Government objectives are entirely reasonable – recognising that clean freshwater is a public and ecosystem right. That anyone should be able to swim, fish, gather mahinga kai and enjoy freshwater, but that urban development, agriculture, horticulture, forestry and other human activities are eroding that. The Action for Fresh Water Plan recognises a lack of robust regulations, monitoring and enforcement governing freshwater management, and aims for material improvements in degraded catchments within five years, and a return to healthy states within a generation. The draft plan aims to stop freshwater getting worse, for better management of storm water and waste water, with no further loss of wetlands (we only have less than 1% left) and streams, for tighter controls to prevent sediment loss from earthworks and urban areas, and for farmers and growers to understand and manage environmental risks and follow good practices. The plan proposes new standards and limits on some farming practices in some regions and catchments including providing financial and other support to assist a transition to sustainable land use.

It is suggested that all farmers and growers should have a farm plan to manage risks to freshwater by 2025 and that this includes restrictions on further dairy intensification unless there is evidence that it won’t increase pollution, through interim measures from June 2020. The aim is to reduce Nitrogen and Nitrate loadings within five years and to apply standards for intensive winter grazing, feedlots and stockholding areas. Given the images of cows chest deep and calving in mud, sediment plumes and other evidence of both animal welfare and environmental harm from intensive stock practices, we should welcome and support these proposals.

Federated Farmers have reacted on behalf of their stakeholders, with ‘shock and fury’, suggesting farmers have been ‘thrown under the tractor’, that the proposals are unnecessarily stringent, would come at great cost, that it would be “very hard to economically continue farming animals and vegetables under a regime like this”. The long-term targets are “effectively unachievable in some parts of the country or will end pastoral farming in these areas”.

Naturally sectors who benefit from free resources such as freshwater will resist regulations designed to make their practices more environmentally sustainable. Any attempt to internalise and properly reflect hitherto uncosted benefits will be seen to hit their bottom lines.

But for the sake of ecosystems, animals, environmental and public health and our international reputation, the privilege needs to end. Whether or not the Government will be prepared to stand its ground and stare down fishing and farming interests for the greater good, remains to be seen.