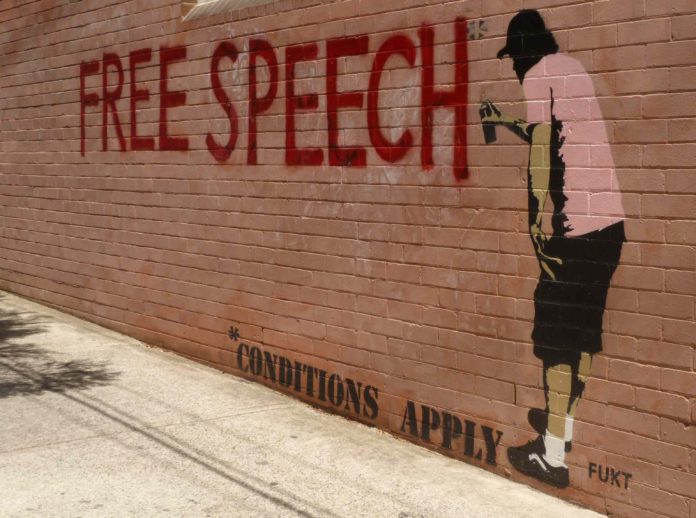 RNZs recent coverage of the legal fight between Auckland Council and the Free Speech Coalition is pretty shallow and the debate to date has been bewilderingly infantile.

Wellington’s 19th funniest comedian, Raybon Kan, best distills the debate down to anyone supporting free speech is a Nazi.

The micro-aggression policing call out culture means any communication can be elevated to hate crime status so daring to stand up for free speech is ethically on par with being the administrative staff working at your average sized concentration camp.

Phil Goff was very self congratulatory about his role in shutting this down, but the Mayor of Auckland doesn’t have that power, and nor should they. The mayor isn’t a feudal lord, they don’t just get to ban things they don’t like from the city gates.

What if this had been a right wing mayor and the person speaking was someone we all agreed with?

The central issue is does the Lord Mayor have the power to censor views they don’t like by pulling venues. I would have thought the Left would be very clear in stating that none of our political leaders have that kind of power for very good fucking reasons!

But that’s how tribal issues have become now, because it was opinions we didn’t like, it’s easier to agree to abuses of power to justify the ends.

The reason we on the Left should champion Free Speech is because it’s always the Right Wing State that clamps down hard when they gain these powers. Those jeering at Free Speech advocates today will be horribly shocked when the State takes that gag and rams it down our throat tomorrow.

Crypto-fascists like Southern and Molyneux should have been debated so as to debunk their flawed and embarrassing ideology of ignorance, unfortunately the Identity Politics echo chamber Left doesn’t have the confidence to debate the argument and prefer to deplatform and ‘cancel’ than engage and win.

I support free speech because when we limit it, the State always twists it to silence genuine dissidents. Painting that philosophical support as akin to right wing Nazi sympathisers is astonishingly dangerous and short sighted.