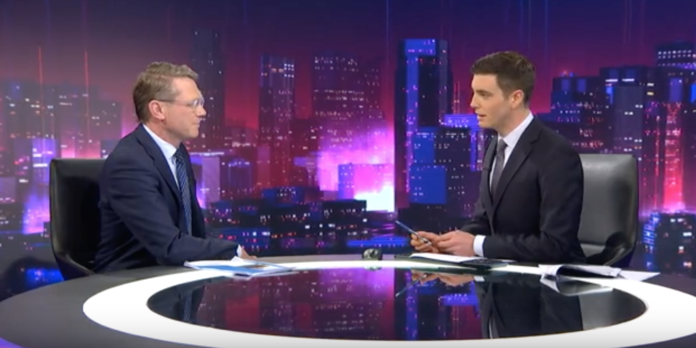 National have launched their bonfire to burn regulation madness which is funny because they utterly ignore climate change in their economic policy release. 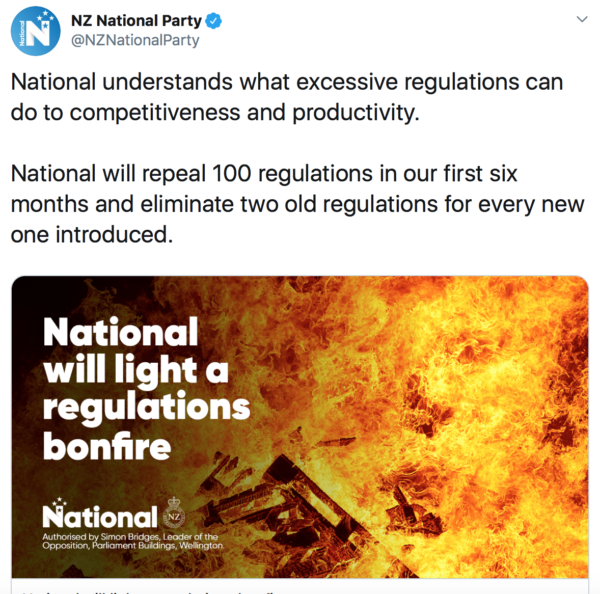 National are playing to the petty bigotry and low imagination horizon of muddle Nu Zilind by trying to claim we are awash with useless red tape that is slowing down our economy, yet as Jack Tame devastatingly pointed out, the National Party in the last term of Office actually conducted a Rules Reduction Taskforce to look at this exact issue and what did the Rules Reduction Taskforce find?

It was a surprise to us to find out that a number of the loopy rules are in fact just myths. They are misinterpretations and misunderstandings that have been repeated so often that they have taken on the status of facts. We heard many examples where people are not clear about what they need to do and why. Myths fill the gap when clear information is hard to find. We highlight these myths in this report along with the loopy rules that need to be changed or removed. We discovered that loopy rules are difficult to get rid of because they’re part of a wider system, because a focus on the customer is absent, or because of the interests of experts or the fears of their administrators. What’s clear is they thrive when rule makers fail to take responsibility for them.

…well, well, well. Over regulation is just a myth and demanding to burn two for every one implemented is like amputating any foot with an ingrown toenail! National have already looked to reduce regulation and their very own Task force found that the whole over regulation was a myth!

But the Q&A debate went further, after highlighting this myth to Goldsmith, Jack asked why National’s economic plan didn’t bother mentioning climate change once, and Goldsmith’s stumbling, bumbling explanation that tripped over itself and accidentally fell into the red tape bonfire he was lighting is the kind of delightful self mutilation only a self published author could manage.

So National are promising a bonfire of red tape that doesn’t exist while ignoring a climate crisis that does exist???

If NZers are stupid enough to vote for this, we all deserve damnation brothers and sister.