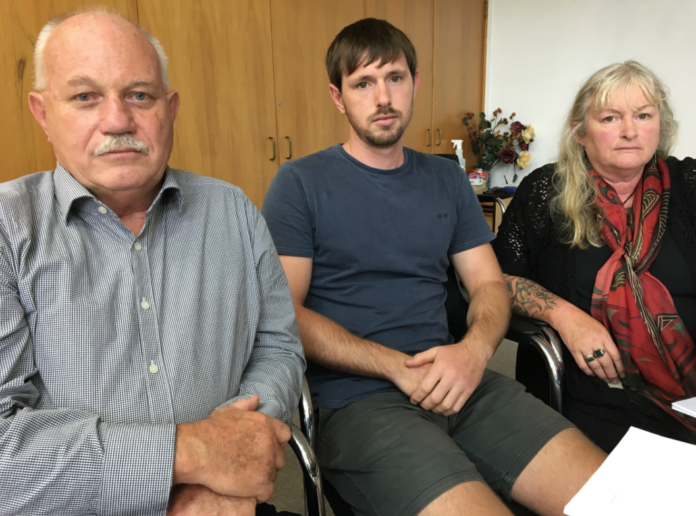 Most readers will be aware that my family’s long-running (four and a half years long) ‘dispute’ with Waikato DHB is now over.

Our son, Nicky Stevens, died while in the legal care of Waikato DHB’s Henry Bennett Centre, after DHB staff let him out on an unsupervised ‘smoke break’ even though he was a known suicide risk, and even though our family had specifically warned the DHB about the risk of harm to Nicky if he was not supervised.

Despite several contacts with the Police following Nicky’s disappearance, they did not start searching for him for over two days, during which he was seen alive by two members of the public.

Nicky’s body was found in the Waikato River three days after being let out unsupervised from Waikato Hospital, not far downstream from the Hospital.

One year after Nicky’s death, the Independent Police Conduct Authority (IPCA) ruled that the Police actions following Nicky’s disappearance breached Police policy in several ways, and 100% upheld our complaint about the Police. The Police force formally accepted all the IPCA findings, and apologised directly to our family.

Three and a half years after Nicky’s death, an Inquest was held and Coroner Wallace Bain ruled that Nicky’s death was “avoidable”, and that Waikato DHB’s actions had contributed to his death. The Coroner made a number of recommendations that supported our family’s proposals for improvement in mental health services in this sort of case.

Some months later Waikato DHB leadership broke off discussions with our family, under instructions of their insurance company, and attempted to get the Solicitor-General to order a re-hearing for the Inquest, and the replacement of the Coroner. This step was unheard of previously in this country, and was widely condemned in the community.

Throughout the last four and a half years, our family has faced huge challenges in getting any official information and support. We have had to complain to the Ombudsman on at least a dozen occasions about the DHB failing to release information relating to our son’s death; we have made complaints about the actions of DHB and DHB staff legal representatives that disadvantage us, the DHB has on three occasions refused legal support for our family in relation to the Coroner’s Inquest, and the previous Government effectively refused to acknowledge the issues we were facing.

At the same time, our family has received huge support from right around this country, and overseas, from people from all walks of life, and especially from many families facing the same issues we have. We have spent, and still spend, many hours supporting and working with other affected families, some of whom have been waiting for justice longer than we have.

That wider community support has more than compensated for the official failure of support.

In the last two months, three important things have happened – the Government sacked the Waikato DHB leadership (I was ‘collateral damage’ in that exercise) and installed an experienced Commissioner; the Prime Minister met directly with our family to discuss these issues; and the Government signalled Mental Health was a key issue with a very large allocation in its 2019/20 Budget.

Almost immediately the new DHB Commissioner scrapped the previous leadership’s strategy and agreed to re-open direct talks with our family, leading to mediation and a mediated settlement just under a month ago.

The DHB has apologised, in writing, to our family for our son Nicky’s death, and has formally withdrawn its outrageous attempt to overturn the decision of the Coronial Inquiry into his death.

The IPCA Report and the Coroner’s Report stand as the official, correct, and only independent word on the causes of, and contributing factors to Nicky’s death.

While we miss our son deeply, we are now able to grieve properly for him – without having a massive ongoing fight with backside-covering officialdom hanging over our lives. We can now move forward with our lives.

At the same time, while we applaud the Government’s stated commitment to action to reduce this country’s huge mental health and suicide crisis, we know families like ours will need to continue to hold DHB’s, the mental health profession and the health leadership generally, accountable for implementing the changes proposed in the Budget and demanded by the community.

No-one can rest on their laurels in a country with the worst youth suicide statistics in the world, and with a mental health crisis that is out of control.