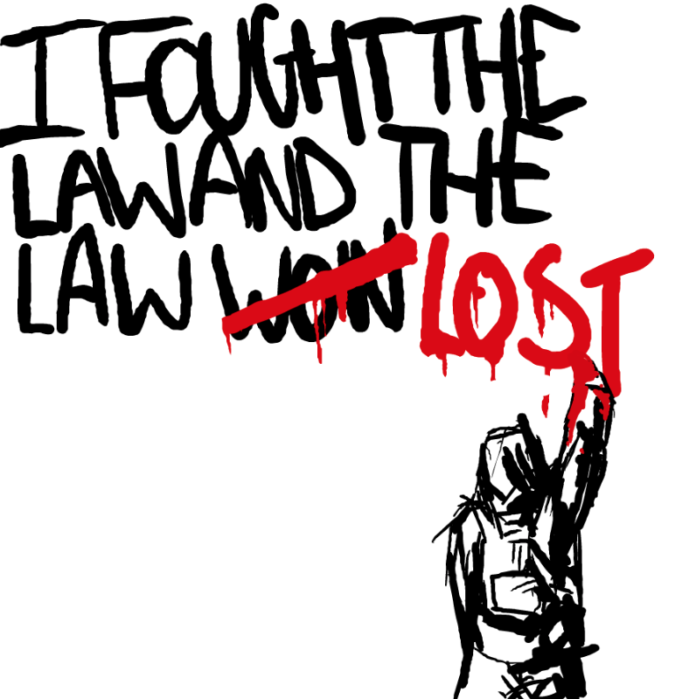 In 2014, the NZ Police secretly included me in their failed prosecution against Nicky Hager. Somehow, Cameron Slater managed to convince a friendly Police force that a shadowy conspiracy was involved in the hack against him that was the content for Hager’s ground breaking ‘Dirty Politics‘ book.

The Police illegally gained access to Hager’s bank records and illegally searched his house. At the time, I argued that the NZ Police could use their misuse of power to damage the credit ratings of activists they didn’t like, little did I appreciate how that would later encompass me.

I only realised that I had been caught up in this at the end of 2016 after being denied bank loans. The financial pressure of keeping the blog afloat and this sense that there were invisible powers aligning against me led to some very dark moments of depression.

I asked the Banking Ombudsman for a list of any third party who had accessed my account because I was so suspicious over the way I had been declined the bank loan. To my shock I discovered the Police had included me in 2014 in their illegal prosecution of Nicky Hager and had told every bank and lending institute in NZ that I was accused of computer fraud. Without any search warrant or any genuine reason, the NZ Police gained my banking records and shredded my credit rating at the same time.

I immediately lodged a complaint with the Privacy Commissioner who found that the Police had not only breached my privacy rights but argued that they had breached my civil rights due to this being an unreasonable search.

The Human Rights Review Tribunal, the only court with the power to hold the Police to account, finally agreed to hearing my case two years after I started the process and 5 years after the Police had gotten away with it, but there was a shocking sting in the tail of that decision, the Police demanded to hold the trial in secret while using secret evidence against me to stop me from finding out why they were spying on me and who spied on me.

In 2014, I was deeply involved with the MANA Party and talking to Kim Dotcom re his Internet Party. I was also leading the fight against the SIS and GCSB from obtaining mass surveillance powers. That there was surveillance on me and that the Police gained my banking records without any search warrant made me furious, but that the Police were now trying to hold the trial in secret simply shocked me beyond articulation.

Whatever you think of my politics, whether you vote National, Labour, NZ First, ACT or Green – we can all agree that to allow the Police to hold a secret trial using secret evidence in a court battle over their misuse of power is a precedent that simply must not be allowed to happen.

This legal battle is a unique one because the Police have never before been able to gain secret trails in a Human Rights Review case. On Wednesday 14th August, I am in Wellington with my lawyer Graeme Edgeler to argue against the State gaining the power to use secret trials.

Please note, we aren’t even at the stage where my case against the Police taking my bank records without a search warrant will actually be heard, we are debating the Police’s right to hold the trial in secret in the first place.

I appreciate that I’m deeply critical of many mainstream media journalists and that this legal battle to date has not been covered much outside of the NZ Herald or columns by  Chris Trotter and Oscar Kightley, but this legal case matters and it is unique.

If the NZ Police are able to create a precedence for secret trials using secret evidence, that impacts every single one of us as citizens in this democracy and so I invite all mainstream media to cover this exceptional trial on Wednesday 14th in Wellington. The only reason the Police are trying this on is because they don’t think anyone is paying attention.

My lawyer, Graeme Edgeler and I will be available for comment after the hearing.

The personal toll this has taken to get this case this far has been greater than I could have ever imagined, but if we individually refuse to stand against the abuse of power by the State, then we all collectively suffer.