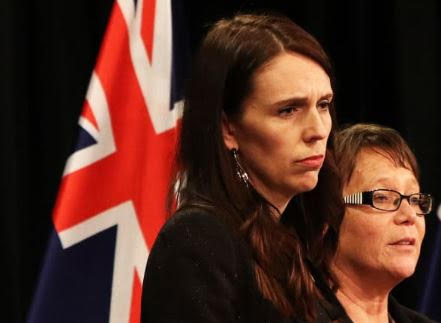 MANY OF US want to believe that if Jacinda Ardern watched Melanie Reid’s “Taken Generation” video, she’d be outraged. What person with a heart wouldn’t be? Reid’s exposé of Oranga Tamariki’s failings is an enormously confronting piece of journalism. It has moved Maoridom like nothing else since the Foreshore and Seabed furore of 2004-05. For that reason alone, you would think the Prime Minister might consider the 45 minutes required to watch Reid’s video, time well spent.

Not necessarily. Those advising the Prime Minister will, almost certainly, have dismissed Reid’s journalism as scandalously biased against Oranga Tamariki and its dedicated staff. She will have been reminded that the social workers featured in the video (as a result of which, the PM’s advisers will tell her, they have suffered social ostracism and death threats) were simply doing their best to execute an Order of the Family Court. Something which wasn’t just their job – but their legal duty. Isn’t it more likely that the PM’s been told that not watching the video is the best way of keeping her judgement unclouded by emotion.

Quite apart from the merits, or demerits, of Reid’s video, it is also quite probable that the PM shares the same general view of the Maori underclass as her Labour Party colleagues. This view is shaped not only by the advice of officials, but also by the testimony of Labour MPs’ working-class constituents, and their own weekly contacts with the Maori underclass and its problems. It’s a view more-or-less guaranteed to render the PM impervious to the content of Reid’s video.

It is, after all, incontrovertible that a succession of Labour Ministers of Social Welfare and Social Development point-blank refused to restore Ruth Richardson’s and Jenny Shipley’s swingeing benefit cuts. Nor were they prepared to extend the benefits of the Working For Families programme to the children of beneficiaries.

To this very day, the windows of MSD offices are covered with “Mana in Mahi” (Strength In Work) posters. This determination to place as many beneficiaries as possible in paid employment and/or job training originated in Helen Clark’s Labour-led Government, and remains the Party’s core welfare objective. Dissuading young Maori women from having one child after another is but one of the logical cororallies of Labour’s “From Welfare to Work” policy. It would seem that Oranga Tamariki and the Family Court agree.

Labour’s concerns are, almost certainly, complemented by MSD’s own work in the field of predicting familial dysfunction. Over the past five years, much research has been done on identifying the risk factors associated with domestic and family violence. It would be surprising if, in responding to Reid’s video, the PM’s advisers have not warned her that leaving babies in environments where all of the most serious risk factors remain active is asking for trouble. Better an uplifted baby, MSD and Oranga Tamariki might feel moved to argue, than a dead one.

Nor should we forget the Coalition Government’s extraordinarily limited response to the report of the Welfare Expert Advisory Group (WEAG). What does it say about Labour and its coalition allies that they declined to implement any of the major and transformational reforms recommended by WEAG? Especially given the overwhelming preponderance of Maori and Pasifika in this country’s most adverse social statistics. How is it possible to arrive at any other conclusion than that this Pakeha dominated government, and welfare system that advises it, is much more concerned withcontrolling the Maori underclass than eliminating it?

Reading the reports of the big weekend hui held at the Mangere Holiday Inn, it is clear that the overwhelming determination of Pakeha institutions to remain in control of poor and marginalised tangata whenua lies at the heart of Maori grievance.

The can be no disputing the historical fact that retaining control was the over-riding objective of the colonial governments that oversaw the systematic destruction of tino rangatiratanga in the 1860s and 70s. Those Pakeha who respond with impatience to Maori leaders who ascribe the present ills of their people to the enduring influence of colonisation should, perhaps, ask themselves if they know of a word which better describes what happened – and continues to happen – to Maori.

The key demand of the weekend hui: that the welfare of their tamariki is the responsibility of Maori; and that the process must be one controlled byMaori; cannot be realised without Pakeha leaders – like Jacinda Ardern – being willing to give whanau, hapu and iwi the legal space, and the financial and physical resources, required to construct a welfare system that works for Maori.

Establishing such a radical new system for taking care of tamariki would, however, require Jacinda and her colleagues to let go of the mechanisms of power by which Maori have been controlled for more than 150 years. That would, necessarily, involve not just Oranga Tamariki and MSD, but Health, Education, the Courts, the Department of Corrections and the Police.

Sadly, I do not see a woman who cannot find 45 minutes to observe what her state was willing to do to a young Maori mother, finding any time at all for that.