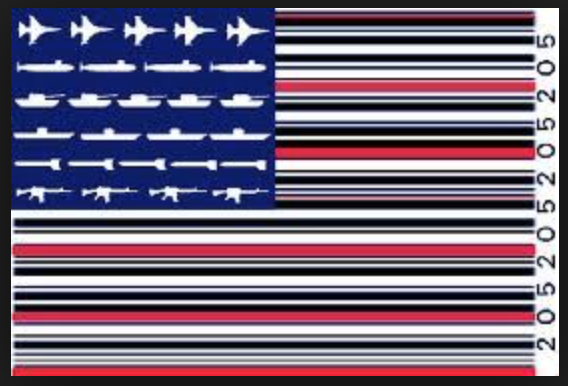 An American-Owned Facility For The US Military & Spies On The Mahia Peninsula
Rocket Lab was originally touted as a shining example of Kiwi innovation. It continues to be, under the present Government.
But, in fact, it is now simply the NZ subsidiary of an American company, one with major ownership by Lockheed Martin, the world’s biggest weapons manufacturer.
And Rocket Lab’s clients, whose payloads it launches into space from its Mahia Peninsula facility, include a whole range of US miitary, intelligence and surveillance agencies. It is directly contributing to the militarisation of space. A central theme of Trump’s Presidency is that the US must be able to “dominate space” and wage war in space and from space.
So, let’s call it for what it is – an American-owned facility for the US military and spies on NZ soil. As such it is as much a base as the Waihopai spy base, which has been of great interest to the Anti-Bases Campaign for more than 30 years. More so actually, as Waihopai is nominally a “New Zealand” spybase, operated by the NZ Government Communications Security Bureau. Rocket Lab is American-owned and privately-owned, so it is a corporate contractor to the US military and intelligence empire.
Here are some very informative and very recent articles about it.
Ollie Neas of The Spinoff, “She’ll be right’ attitude to Rocket Lab putting Nuclear Free NZ at risk, experts say: 17/05/2019.

Most recently, Rocket Lab has said that part of its latest payload would be kept secret  18/6/19
Anti-Bases Campaign calls for these concerns about Rocket Lab to be turned into action. The powers that be are acutely sensitive to the “risks” posed to Rocket Lab by any protests. Here’s a couple of quotes from The Spinoff article:
“In the May 2017 briefing to (National Minister Simon) Bridges, the (Government’s) NZ Space Agency suggested the Government should convey to the US that it was pleased the new space industry ‘will enable us to broaden and deepen our security collaboration’..Bridges was also advised that one of the risks was the reaction of the New Zealand public.
‘Certain groups are opposed to New Zealand’s security relationship with the US, and it is possible that such groups would be motivated to disrupt launches if they were aware that US Government security payloads were being launched from New Zealand,’ the briefing says”.
And: (Labour Minister David) “Parker says he’s comfortable with the degree of disclosure around US government launches, and that the Space Agency is developing a process for the proactive release of payload information. The Space Agency’s own advice indicates this is a fragile peace.”‘Even a single protestor could have a disproportionate effect on space launch activities from New Zealand’, one briefing says.  This risk can be managed, but only to an extent.”

Enough said. Let’s start the conversation about what to do about it.