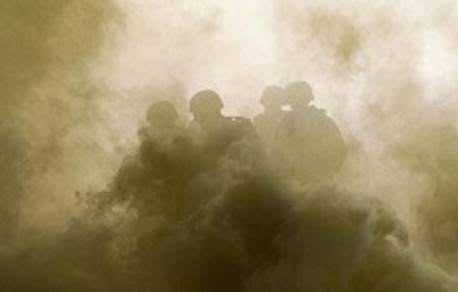 UNTIL THIS MORNING, the Operation Burnham Inquiry (OBI) faced an oncoming avalanche of criticism which seemed certain to bury its final report in public disfavour. From the very beginning, the conduct of the Inquiry has been called into question, and the Inquiry heads, Sir Terrance Arnold and Sir Geoffrey Palmer dismissed as the Crown’s diligent defenders.

In both journalistic and satirical mode, I, too, have joined in this blackguarding of the OBI. Like so many others on the Left, I was convinced that its secrecy-shrouded deliberations could not possibly be trusted to deliver a truthful rendering of Operation Burnham and its consequences.

That changed this morning, when one of the authors of Hit & Run, Jon Stephenson, in an article for Stuff, and again on RNZ’s Morning Report, informed New Zealand that he and his co-author, Nicky Hager, had erred in declaring that no Taliban insurgents were present in Naik, the village attacked by New Zealand SAS troopers, supported by US helicopter gunships, during Operation Burnham.

Two years of painstaking and highly dangerous research on the ground in Afghanistan had led Stephenson to at least two Taliban insurgents who had been taking refuge in one of the mountain villages targeted by the NZSAS. These fighters freely admitted that they had, as the NZ Defence Force always insisted, participated in the attack that killed the New Zealand infantry officer, Lieutenant Tim O’Connell, three weeks earlier.

This new information has the potential to dramatically shift the public’s perceptions of Operation Burnham. In essence, it admits into what has been a highly polarised public debate concerning the events of the night of 21-22 October 2010, a measure of the confusion and uncertainty that inevitably accompany all such military operations.

Those who insist that the raid killed 6 civilians and injured 15 more will not be moved; nor will those who are adamant that the NZDF killed 9 Taliban insurgents. But, for the vast majority of New Zealanders, who fall somewhere between these two extremes, Stephenson’s correction of his own, and Hager’s, original story will transform the whole event into something much more opaque. As of this morning, the black and white certainty of Hager, and the villagers’ lawyer, Deborah Manning, will be overwhelmed by fifty different shades of sceptical grey.

Stephenson’s refusal to condemn the OBI, its chiefs, Arnold and Palmer, or the investigative work its staff have undertaken, will also give a great many hitherto critical observers, like myself, serious pause. If a journalist of Stephenson’s standing feels comfortable in talking about the “mana” of the Inquiry, then perhaps there is hope that it will not present New Zealanders with the highly redacted “whitewash” its critics have consistently predicted.

Certainly, Stephenson’s latest revelations offer the OBI the opportunity to take up a position midway between the claims of the NZDF, and the account of the operation represented on the pages of Hit & Run. Clearly, the intelligence supplied to the International Security Assistance Force (ISAF) in which the killers of Lieutenant O’Connell were said to be hiding in the Tirgiran Valley, was correct. It is also clear, from the testimony gathered by Stephenson, that these fighters were being sheltered in the village of Naik. On the other hand, it is equally clear that ISAF’s American helicopter gunships, in attempting to kill the Taliban insurgents, inadvertently killed and injured a number of Afghan civilians.

In answering the obvious question: Why didn’t the NZDF admit that these civilian deaths had occurred?; it seems highly probable that Arnold and Palmer will be obliged to deliver a judgement highly critical of the NZDF’s conduct subsequent to the Operation Burnham raid.

Even more uncomfortably, if the NZDF’s obfuscation turns out to have been inspired by American sensitivities regarding the part played by their helicopter gunship/s (and its/their supposedly defective gunsight/s) in killing Tirgiran villagers, then the painfully restored relationship between New Zealand and its “very, very, good” American friends will come under strain. If any sections of the OBI report end up being heavily redacted, it will be those relating to the interactions between the NZ forces on the ground in the Tirgiran Valley, and the US forces hovering above it.

Included in that redaction will, almost certainly, be the US helicopter’s on-board video recording of the action. Judging from the invaluable testimony obtained from the Taliban insurgents by Stephenson, that video may well include a sequence showing the gunship’s pursuit of the fleeing fighters, along with the gunning-down of the Tirgiran villagers fleeing with them. That sequence, by proving both sides correct, is crucial. We may not get to see it, but it is reasonable to anticipate the withheld videotape playing a major part in Arnold’s and Palmer’s final judgement of the tragedy that was Operation Burnham.

What they will have observed in the video is know as “the fog of war”: a phenomenon as old as human conflict itself. Its depiction of the confusion and lack of information that almost immediately overwhelms any military operation will communicate all that anyone can, or should, know about the NZDF’s honourable, but botched, attempt to avenge a fallen comrade; and the unintended civilian deaths and injuries for which some unknown NZSAS trooper/s, and airborne American machine-gunner/s, are responsible.