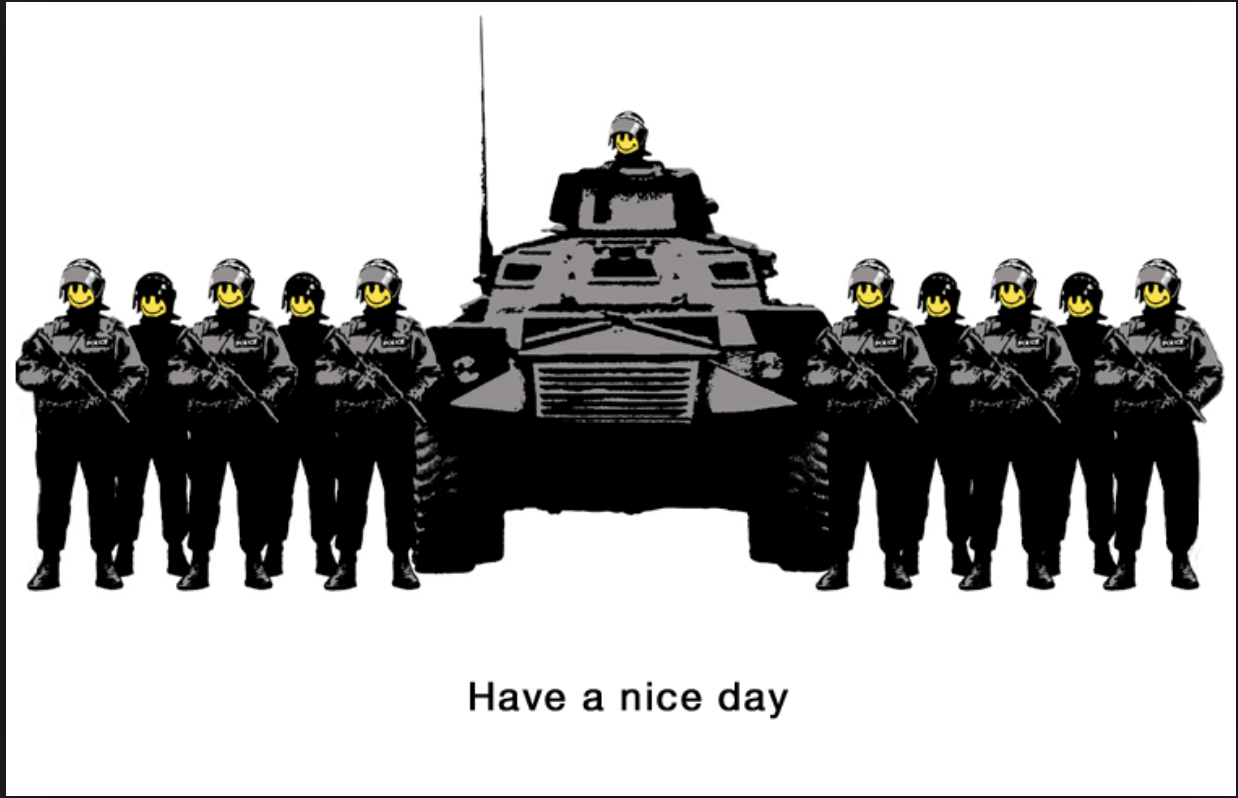 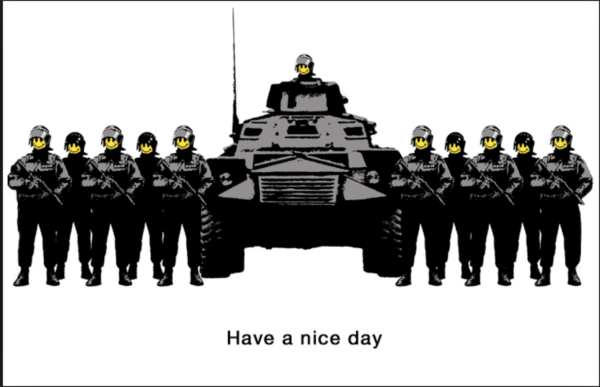 Recently, there has been an enormous amount of attention around the role of Thompson & Clark in the surveillance of New Zealanders.

State Services Commissioner Peter Hughes described the use of these corporate spies by Government agencies as “an affront to democracy” and immediately asked the Police to investigate.

Bewilderingly the Police found the use of secretly taping protestors at meetings to gain intelligence by Thompson & Clark was not illegal.

Could the reason why the NZ Police came to their conclusion have anything to do with them also using Thompson and Clark?

The fact the police found no wrong doing by their favourite corporate spies seems optimistic in the extreme doesn’t it?

So what does one make of news in this TDB exclusive that the NZ Police might have used another third party for a the break in to intimidate a former Inspector Officer of Criminal Intelligence?

On the 7th of May, 2018, former Inspector Officer of Criminal Intelligence and VIP security, Ross Meurant, spoke at a Head Hunters meeting to give a speech on Police and the Justice system.

At 5am on the morning of the day he was to later give his address, his car was broken into outside his office and a credit card stolen. 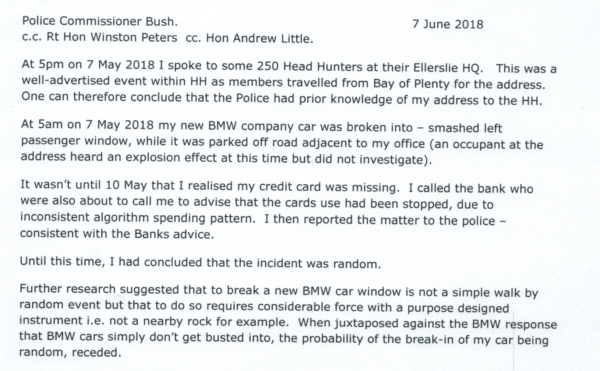 ….so far, so curious, but it wasn’t until Ross bumped into a former Police Officer work colleague that things took a darker turn.

According to Ross, while double parked in Remuera, he was approached by a male whom he recognised as having been a constable during the time Ross served in the police. This man tapped on the window of Ross’s car and when Ross dropped the window, he said: “Your car got broken into Ross.”

This was more a statement than a question.

Somewhat confused, Ross asked how the fellow knew of this, to which the ex cop said; “Be careful. We did it.”

Soon after, this encounter, Ross shared the experience with an ex Red Squad cop who said;

“When you told me about the break-in, I immediately thought that this was an inside job by the old team.. I didn’t want to be the one to tell you. It would have been XXXX. That’s right down their alley”.

After being told this, Ross emailed the Police Commissioner, Winston and Little and confronted them directly with the allegation in his 7 June email… 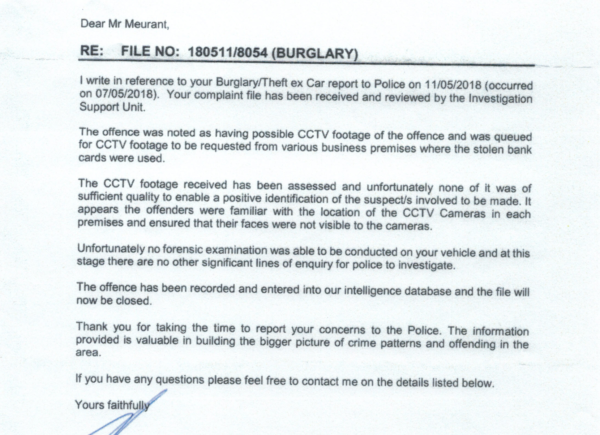 …so who ever broke into Ross’s car, knew exactly where the CCTV cameras were and managed to mask their break in?

That’s pretty sophisticated as a break in tactic isn’t it?

The Police Commissioner, Winston Peters and Andrew Little have yet to comment.

If the Police are willing to pull stunts like this with one of their own, what are they prepared to do with normal civilians? I have my case against the Police being held in front of the Human Rights Review tribunal in late July and outrageously the NZ Police are holding that trial in secret so as to not expose who spied on me during their 2014 Nicky Hager case. It’s amazing the powers the Police have when you get designated a ‘threat’, it’s such a shame those definitions couldn’t be applied to gun toting white supremacists with violent fantasies.

If the NZ Police are using private spies to intimidate former Officers, shouldn’t the NZ public know that?