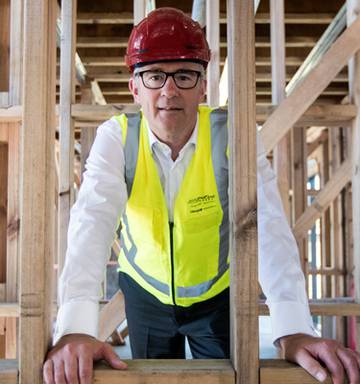 I used to feel a bit sorry for Minister of Housing Phil Twyford being blamed for failing to deliver something he can’t control – the market price for housing.

When Labour was elected the market had already driven prices to the unaffordable level for the vast majority.

But when he started taking Housing NZ land that should be used for more state housing to achieve that goal he became another privatiser of state assets.

The new developments taking place in state house areas like Porirua, Glenn Innes and so on actually results in only a small increase in the total number of “social housing”.

Two-thirds of the land is privatised to be used for a mix of Kiwibuild and private housing.

We should build working-class communities as we did after world war 2 when we were half the population but able to build at the rate of 10,000 state homes a year.

I grew up in Panmure. It wasn’t glamorous by any means but we built communities of people with jobs and access to schools and parks and essential amenities.

Only having “social housing” for the most desperate opens up a route for the right to use the fact working people can’t afford private renting to be told that their plight is because of those “others”, the homeless, unemployed, solo-mums and refugees – who are the few who can be helped when the government is only building 1-2,000 a year.

But we actually need a mass state housing programme building 10,000 a year until the speculators and landlords are on the back foot.

The current overpriced market will come down and many late entrants to that market will be burnt.

We need to cater for the big majority of people who currently will never have access to affordable housing – to buy or rent.

The only way to guarantee that can happen is a mass state house programme starting now.

If Bolivia, one of the poorest nations on earth, can build 10,000 new homes a year for its people why can’t we?