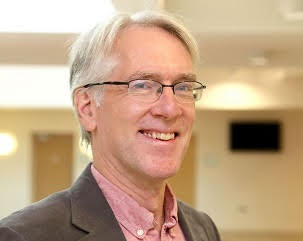 THE 720,000 SUBSCRIBERS to the “Neighbourly” social media platform recently received a letter from the Chief Human Rights Commissioner, Paul Hunt. In it he offers advice on how to call out racist behaviour and who to call if you think it crosses the line.

Apparently, the Human Rights Commission (HRC) was specifically invited to address Neighbourly’s subscribers. The manager of the platform explained to Magic Talk’s afternoon host, Sean Plunket, that her invitation was an attempt to do something about racism in New Zealand.

“If you witness casual racism, giving nothing to it means refusing to stoop to its level and give it any positive reaction to feed off and grow. A blank face can speak volumes to someone who seeks a response, as can the non-confrontational words ‘I’m giving that nothing’.”

Those wishing to confront racism directly are reassured that “we’re [presumably the HRC] all behind you too”. Otherwise Hunt advises the victims of and/or witnesses to serious racist behaviour to call the Police.

The question that immediately arises when presented with these facts is: by what right does this public official call upon New Zealand citizens to confront one another over the content of their speech?

One possible answer is: Section 61 of The Human Rights Act (1993) which clearly prohibits: “matter or words likely to excite hostility against or bring into contempt any group of persons in or who may be coming to New Zealand on the ground of the colour, race, or ethnic or national origins of that group of persons.”

Curiously, Hunt’s letter contains no direct reference to the Human Rights Act. He does, however, inform his readers that:

“New Zealand Police encourages all members of our communities to be alert to, and to report, instances of hate speech to them. If you can, record it. Report it to us at the Human Rights Commission.”

This is, on the face of it, an extraordinary and potentially highly misleading statement. New Zealand does not, currently, have any laws prohibiting hate speech. Indeed, in the aftermath of the Christchurch Mosque Shootings, whether or not New Zealand should enact such laws has become a hotly debated political issue. In this context, it is difficult to characterise Hunt’s statements as anything other than a direct intervention in that debate. An intervention, moreover, which was made “under the radar” via Neighbourly: registering in the public domain only because the Whaleoil blog and Plunket placed it there.

At this point, it is probably worth noting that the Neighbourly platform is owned by Stuff, one of this country’s largest media organisations. Curiously, at the time of writing, there was no sign of the story on the Stuff website.

The Chief Human Rights Commissioner’s letter to Neighbourly subscribers is likely to make a great many New Zealanders uneasy. Inviting citizens to report one another’s opinions to a state agency is a new and deeply troubling advance on the much more acceptable request by the Police for them to report the commission of crimes. While Section 61 of the Human Rights Act does define an offence, the NZ courts have set the bar very high when it comes to limiting citizens’ freedom of expression. On its face, Hunt’s action represents an aggressive expansion of the HRC’s remit: to the point of encouraging people to turn in their neighbours for what are, in essence, ideological crimes.

While some might object that racist behaviour is easy to recognise and that, for this reason, fears of the anti-racist Left creating a Stasi-like climate of fear, suspicion and persecution are wildly exaggerated. That said, in situations of gross misbehaviour, the Crimes Act offers an extensive array of offences against public order and decency. Threats to the person, similarly, fall under the ambit of legislation designed to protect citizens from physical harm. People behaving badly, abusing their fellow citizens in an offensive, disorderly or threatening manner, are likely committing criminal offences. They should be reported to the Police – not the HRC.

The crux of the danger here lies not with individuals hurling racist abuse at persons in ways which give them cause to fear for their physical safety. Such people can be easily dealt with by charging them with crimes already on the statute books. Where the danger actually lies is in people being reported to the authorities for honestly and soberly expressing unpopular beliefs. Denouncing these ideas as “hate speech” and demanding that those who espouse them be rebuked, shamed and, if they persist in their error, prosecuted and punished, is behaviour that has absolutely nothing to do with upholding human rights. It is the behaviour of people for whom the protections of democracy are seen as an unconscionable limitation on the pursuit of virtue.

But if virtue can only be pursued by limiting the liberty of those who refuse to recognise its claims, then the virtuous must become tyrants: extinguishing in their zeal the very ideals they seek to protect. As Nietzsche so wisely said: “Have a care when fighting dragons – lest ye become a dragon yourself.”