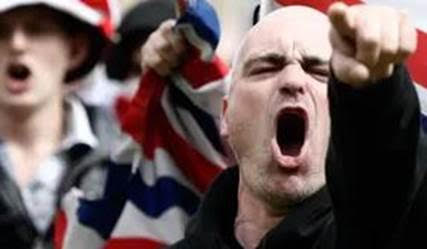 How should New Zealand respond to the Christchurch Mosque Shootings? What should the Government do? A powerful consensus has formed behind the Prime Minister’s call for gun control. Subsequent initiatives may not, however, be so universally affirmed. Voices are already being raised in favour of restricting the public expression of “harmful” ideas. Clearly, the question of what does, and does not, constitute “harm” is bound to be hotly contested. The national unity forged out of shock, grief, compassion and solidarity, is unlikely to survive any attempt to aggressively limit free speech in New Zealand.

Already, the Leader of the Opposition, Simon Bridges, has indicated his intention to resist strongly any attempt to extend the limitations on citizens’ freedom of expression. This should give Prime Minister Jacinda Ardern serious pause. A straight Left/Right battle over “hate speech” would place her principal coalition partner, NZ First, in an impossible position. Already in a parlous situation, poll-wise, aligning itself with what its electoral base would almost certainly construe as weaponised political correctness would undoubtedly compromise still further NZ First’s chances of making it back to Parliament.

Not that the Prime Minister’s worries are located exclusively on the right. Already, she is reported to be casting anxious glances to her left. The radical wing of the Green Party is in the process of staking out an aggressively uncompromising position on hate speech. This has earned them much respect on Twitter, but it is unclear how favourably the hard-line stance of Marama Davidson and Golriz Ghahraman is being be received by the broader electorate. Labour will be keen to avoid the perception that they are being led into the ideological long grass by its “woke” allies.

The Labour Party’s other big concern should be the extent to which a free speech fight will be seized upon by the Far Right as a Hades-sent opportunity to get back in the game. Being seen to take a stand for the nation’s traditional political values will win their more respectable avatars all sorts of useful invitations to join the genuine defenders of liberty on a multitude of respectable media platforms.

As the theme-song from the TV series “The Wire” puts it: “You gotta keep the devil down in the hole”. Transforming the free speech issue into a vicious Left/Right knife-fight would be a particularly effective way of hauling the Devil all the way up to the surface.

A less divisive and potentially much more productive course of action would be to put this country’s already existing limitations of hate speech to the test. Section 61 of The Human Rights Act (1993) clearly prohibits: “matter or words likely to excite hostility against or bring into contempt any group of persons in or who may be coming to New Zealand on the ground of the colour, race, or ethnic or national origins of that group of persons.”

A more proactive Human Rights Commission, by allowing the courts to flesh out the purposes – as well as the limitations – of Section 61 of the Act, could establish with much more clarity what it is – and is not – permissible to communicate about race and identity in New Zealand.

More controversial, but in light of the Christchurch Mosque Shootings, almost certainly worth debating, would be a proposal to prohibit religious vilification. Any such measure would, however, need to be very tightly circumscribed in terms of its scope. Vilification must not, under any circumstances, be construed to mean that any particular system of religious belief can be rendered legally immune from all forms of criticism and/or challenge. Such legislation should restrict its application exclusively to statements and/or images communicated with the clear intention of inflicting emotional pain and humiliation on believers.

The key question posed to New Zealand by the awful events of Friday, 15 March 2019 is the degree to which it is possible to mount an effective defence against terrorist violence.

The proposition being advanced by Davidson, Ghahraman, and many others on the left, is that terrorist acts are the by-products of societies steeped in racism and xenophobia: that they constitute the merely the awful apex of a much larger pyramid of prejudice. By discouraging the expression of the milder prejudices embedded at the base of this grim pyramid, they argue, their transmission upwards to damaged individuals like the Christchurch shooter can be interrupted, and lives saved.

The problem with this argument is that the level of intervention in the lives of casual racists and xenophobes required to make such a regime effective would, almost certainly, engender considerably more resentment and hatred than it was intended to suppress. Not only would racism and xenophobia not disappear, but the promoters and enforcers of the state’s anti-racist and anti-xenophobic policies would find themselves added to the terrorists’ target list. It should not be forgotten that the Norwegian white supremacist terrorist, Anders Breivik, did not target Muslim immigrants directly, but the young Labour Party members he held responsible for promoting multiculturalism.

Perhaps the most difficult thing to accept about societies such as our own is that there is within them an irreducible quantum of malicious prejudice. No matter how much energy is devoted to persuading our fellow citizens to embrace their fellow citizens, there will always be some for whom the messages of love and respect are interpreted perversely as threats to themselves and their culture.

To stem the flow of reinforcing information to such individuals, we would not only have to censor the news media and shut down the Internet, but also close every library in the country. Anders Breivik and the Christchurch shooter drew their inspiration from the annals of Western history: from the Crusades and the expansion of the Ottoman Empire into southern and eastern Europe. History itself would have to be suppressed – along with huge chunks of the Western cultural canon. The game is simply not worth the candle.

What we can do, is use the legislation already on the statute books to curtail the expression of sentiments intended to inflict harm. New Zealanders can thus be made more clearly aware of the distinctions to be drawn between the fair and reasonable expression of political and religious opinion, and communication intended to achieve no higher purpose than gratuitous vilification and insult.

Will a proactive Human Rights Commission, dedicated to enforcing Section 61 of the Human Rights Act, prevent another massacre? Sadly, no, it won’t. Will it make New Zealand a better country to live in? Yes, it will.