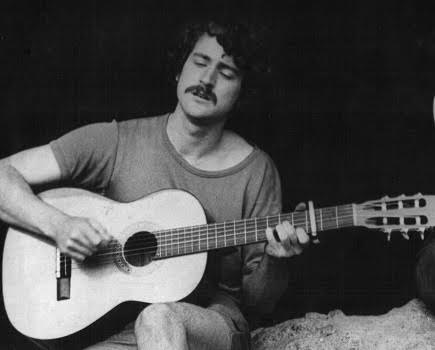 BACK IN THE DAYS when I boasted much more hair and carried far fewer kilos, I was right into (as we said back then) writing songs. One of those songs, The Other Side of Town, opened like this:

Well, the street has been my teacher

And poverty my nurse

Oh dear, how my family and friends chortled. “You wouldn’t know how to live out on the street if your life depended on it!”, snorted one.

“Raised in poverty?”, laughed another, “you must be writing about somebody else!”

Which, of course I was. Though the song is written in the first person, it is not in the least autobiographical. The “hero” of the song: a young man from the wrong side of the tracks, who has fallen hard for a young woman from the right side; is entirely fictional.

In fine romantic style, he contrasts his sufficient-unto-the-day approach to life with the complicated mix of expectations and aspirations of his middle-class girlfriend:

But you have built a puzzle

And I’m the piece that just don’t fit

You fret about tomorrow

Whereas I don’t care a bit

Aware of the sheer unlikelihood of two people so dissimilar enjoying a long relationship, the hero anticipates his lover’s decision to break it off and forgives her in advance. All he asks is that he not be forgotten:

I don’t mind that you refuse me

I don’t want to tie you down

Just remember me as someone from

The other side of town.

Banal and adolescent? I’m afraid so. But my family and friends reaction to The Other Side of Town provided me with a very early introduction to a problem that is still very much with us. Is it possible to judge a work of art purely on its own merits? Can we truly set aside what we know about the artist and focus exclusively on what he or she has created? Can the singer ever be separated from the song?

Quite a few of my friends just couldn’t manage it. They simply couldn’t reconcile the rather innocent lad who had written and was singing the song, with the worldly, Luke Perry-type character who was its subject.

“What do you know about any of this stuff? Where do you get off pretending to be a kid from the wrong side of the tracks?”

Forty-five years after the song was written, I suspect a younger generation of listeners would recoil with additional disdain from the lofty condescension and “mansplaining” contained in the lyrics. “Bloody hell!”, they’d guffaw, “the poor girl’s well rid of him! What an obnoxious macho prick!”

To which, in my own defence, I would offer up L. P. Hartley’s famous observation: “The past is a foreign country: they do things differently there.”

If we are to admire, or condemn, artists – as artists – we should do so solely on the basis of whether or not their creations move us towards a deeper understanding of the drama and the mystery of human experience. As individuals, they may be deeply flawed beings. Indeed, deeply flawed individuals and great art have a curious way of feeding off one another. But does that mean that we should burn all of James K. Baxter’s magnificent poetry, because in a private letter to a friend he admits to raping his wife?  Should Beat It and Billie Jean never be played again, because Michael Jackson stands accused of being a paedophile?

That great beauty, and profound insights into what it means to be human, can emerge from such broken vessels surely only makes the miracle of artistic creation all the more extraordinary. The Italian painter, Caravaggio, was a murderer. Does that require us to turn his dark and deeply disturbing paintings to the wall? Or, does knowing that he killed a man allow us to see just that little bit further into the darkness that dwells in us all?

Because the truth of the matter is that no human-being is entirely guiltless. We are all flawed in ways we hope that none of those who know us and love us will ever discover. Artists allow us to expiate our guilt by making visible in words, paintings, drama and music the hidden sources of human distemper. They are society’s antibodies: the ones who make sure that we possess the strength to resist the sins that devoured them.

As I wrote all those years ago:

The road you walked was steady

While the trail I blazed seemed rough

But, girl, the alley always threatens those

Who will not call its bluff.