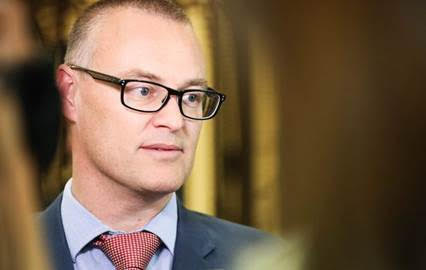 CLEARLY, DAVID CLARK never got the “Politics of Kindness” memo. In the face of the appalling behaviour of this country’s District Health Boards, the current Minister of Health’s deafening silence is proof of either political sadism or moral inertia. Neither option is acceptable in a government so loudly committed to the “well-being” of its citizens.

It is hard to believe that Clark could have gratuitously refrained from speaking out against the latest decision of the Waikato DHB. So egregious has been the Board’s treatment of Dave Macpherson, Jane Stevens and their family, that the thought of Clark personally endorsing its conduct is repellent.

That said, any decent Health Minister would have picked up the phone the moment he discovered what the DHB was trying to do, and instructed its CEO to cease and desist immediately. Dave and Jane, having been vindicated by the Coroner, deserved much better of the Waikato health bureaucracy than this reprehensible attempt to have the whole inquest re-staged. Not content with contributing to the death of Nicky Stevens, Dave and Jane’s deeply troubled son, the Board seems intent upon recommencing the slow torture of his parents.

So, if Clark isn’t a vicious political sadist, then what is he?

The answer, presumably, is that Clark is yet another of those all-too-familiar neoliberal heroes – the politician who has trained himself to see no evil, hear no evil, and speak only when advised that it is “appropriate” to do so. Like the hapless participants in Dr Stanley Milgram’s infamous experiment, Clark keeps dialling-up the pain. Never questioning the moral probity of those issuing the instructions. The Waikato DHB’s insurance company wants Dave and Jane put back on the rack? Well then, the Minister must not, under any circumstances, intervene.

It would be nice to think that Clark: an indisputably well-educated man; a member of the Labour Party; and – may God forgive him – a self-confessed Christian! might have demonstrated the moral courage of those participants in the Milgram Experiment who stood up to the men in the white coats. The ones who said “No.” Who flatly refused to participate in a process that, as far as they knew, was inflicting ever-more-dangerous electric shocks to the errant subjects screaming in an adjoining room.

Sadly, Clark’s refusal to address the bad behaviour of a single DHB, acting on its own, is more than matched by his failure to rein-in the Boards’ collective aggression towards their own staff.

There was a time when Labour Party ministers came from backgrounds where strike action, and the solidarity that makes striking possible, were the stuff of personal experience. A Health Minister with that sort of heritage would instantly recognise the DHBs’ negotiators’ current tactics vis-à-vis the Resident Doctors Association. He would see them for what they are: a deliberate attempt to run down the clock, so that the scab MECA (multi-employer collective agreement) negotiated by SToNZ will, on 1 March, become the only agreement available to junior doctors.

An “old school” Labour cabinet minister, one who’d held a union card, would have put a stop to such scabrous tactics. Clark’s behaviour, however, suggests that his most formative professional years were the ones he spent working for Treasury. Certainly, it’s the Treasury way to prioritise “fiscal responsibility” over anything as subjective as the young doctors’ commitment to offering the best possible care to their patients. Care that can only be compromised by being forced to work 12 days straight without a break.

Unfortunately, “fiscal responsibility” has been so fetishized by this government that Clark felt morally justified in telling the DHBs that they must operate strictly within the unrealistically tight budgets imposed on them by himself and Finance Minister Robertson. The Coalition’s “Budget Responsibility Rules” are not for breaking; which is clearly being interpreted by the DHBs’ negotiators to mean – the  junior doctors’ union is.

Is this the behaviour of a Minister of Health inspired by the “politics of kindness”? Are these budgetary constraints intended to foster the nation’s “well-being”? Not really. They are, however, entirely consistent with the neoliberal assumptions which continue to underpin the New Zealand Labour Party’s political behaviour.

The most important of these continues to be the assumption that only bad things can come from the “politicisation of economics”. Ministers must be directed by the numbers – and only the numbers. The human heart is a poor guide to rational administration. Patient care, and the care of patients, is to be defined by the data – nothing else.

David Clark does not appear to have a metric for moral force. The calculation of our health system’s ethical obligations seems beyond him. How, when all is said and done, does one measure a family’s sorrow, or calculate a young doctor’s dedication?

What is the market-price of kindness?