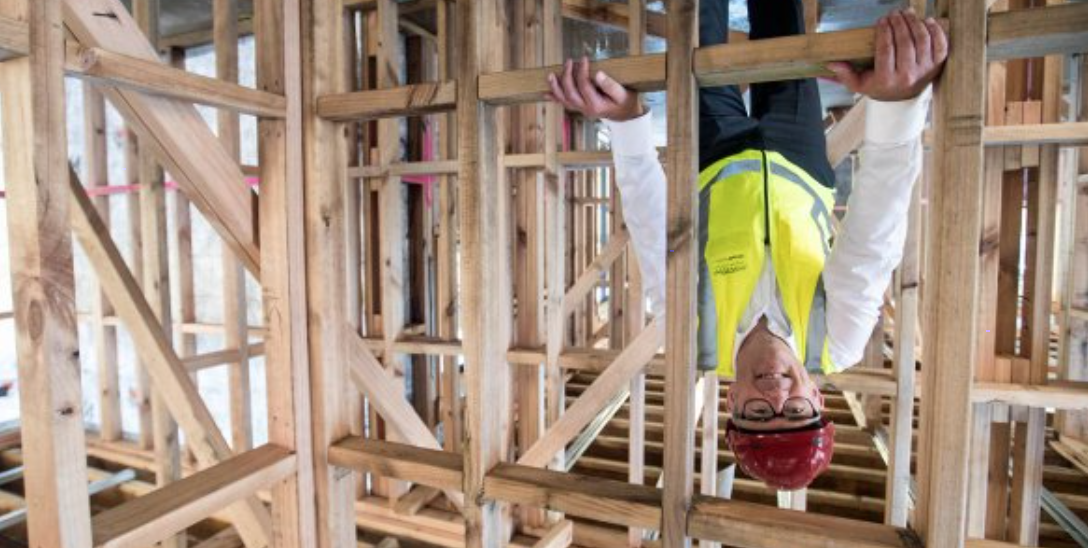 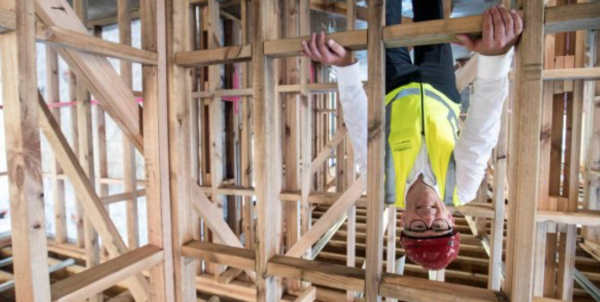 Oh for the love Christ…

KiwiBuild to be ‘recalibrated’ as interim targets are scrapped
KiwiBuild’s “interim” targets for this electoral term have been scrapped as the Government recalibrates the programme.

Prime Minister Jacinda Ardern and Housing Minister Phil Twyford told media from their caucus retreat on Wednesday that their commitment to building 100,000 affordable homes over the next decade remains intact, but the interim targets for this term did not.

The Government has been dealing with the fallout from an admission by Twyford that the Government would not be able build 1000 of the homes by July 1, its first interim target. Instead it expects to build just 300.

…this is such incompetence and bullshit.

If National had promised 1000 new affordable houses and it turned out to just be a subsidy for the children of the middle classes and they only managed 300, we would be righteously roasting them, so it’s unacceptable to not equally roast Labour!

What so many fail to remember about this bloody 100 000 affordable houses promise was that it was made by David Shearer at the exact time he was trying to fend off a challenge for Leadership by Cunliffe. I have spoken to the person who was Shearer’s advisor on this, and they admitted that it was a stunt to blunt Cunliffe’s aspirations and that it was never costed out because who would complain if they only built 70 000? Twyford inherited an un-costed political stunt, so let’s not be too harsh on him.

What was always true about KiwiBuild was that it was for the children of the middle classes, it was never for the poor which means the homeless, those living in cars, beneficiaries, the working poor, those living in motels, the first generation of user pays – Gen Xers,  and Millennials and the 1 in 5 children living in poverty were NEVER going to be able to afford these so called ‘affordable’ houses. But yay, a new Dr will get one.

For the homeless, those living in cars, beneficiaries, the working poor, those living in motels, the first generation of user pays – Gen Xers,  and Millennials and the 1 in 5 children living in poverty who voted for and hoped for a better future when voting for Jacinda, KiwiBuild is an abject failure and that could hurt when trying to rally them again for 2020.

Twyford, “believes the teething issues have come from the state of the residential construction sector, which is dominated by small firms, with low productivity, who are incentivised to build expensive rather than affordable homes.”

WHAT? The free market greed cluster fuck of a speculative housing industry with sweet fuck all regulations is geared to simply maximise profits and not build anything for the poor?

How is this possible? Private sector organisations only wanting to maximise returns? What on earth is that called? Free market capitalism? How long has this existed? Couple of centuries? How has that snuck up on us?

Sarcasm aside, how could the fucking bleeding obvious be a sudden surprise for Phil?

You don’t solve a problem created by neoliberalism by adopting more neoliberalism. Labour always should have declared this situation as a national crisis and set up a bloody Ministry of Works and build the bloody houses ourselves. Instead we have a Ministry of Wonks trying to cut deals with developers who don’t give a fuck about building cheap houses for the poor.

…and there are plenty of ways to fix this now. Focus on building houses to rent, seize back golf courses and a mass building of state houses. Bryan Bruce has some immediate suggestions...

•Better existing land use (urban sprawl just creates other huge problems)
•Long term leasing rather than ownership
•Collective and cooperative mortgages
•Temporarily restricting immigration flow
•A bottom up approach -build more social housing as a priority rather than a top down home ownership approach . This would reduce demand quicker and reduce house prices

…on top of that, I would argue we need an actual Ministry of Works that actually builds the bloody houses ourselves rather than rely on trying to coax developers to build them. The market is built for speculation and greed, it has no interest in housing the poor, the Government has to harden the fuck up and accept that if they want to make the Politics of Kindness mean more than a photo op on the International Stage.

‘Short-sighted’: Govt looks to developers to ramp up social housing – angering non-profit groups
Developers are signing up to build state houses for the Government in a move described as a “disaster” because it will take funding away from non-profit groups and could allow the houses to be sold off in future for windfall profits.

One developer has already been approved as a Community Housing Provider, which means they can get access to generous Government subsidies – up to 150 percent of market rent for 25 years for any houses they build. Two more private developers are understood to be seeking registration.

Until now, only non-profit companies like the Salvation Army and the Auckland City Mission have been registered to build and manage social housing, which includes looking after some of the most complicated and needy tenants in the country.

“I am concerned that Government funding will be pocketed by private owners who will sell-off their properties for a windfall capital gain at the end of their 25-year contract. It’s a very short-term strategy.

“For a similar amount of Government funding, not-for-profit organisations like ours provide community housing indefinitely.”

The authority’s manager, Fiona Fitzgerald, said the registration for becoming a community housing provider was rigorous, and applicants had to show they had the skills to care for vulnerable people.

Fitzgerald confirmed that developers would be able to sell the houses in some circumstances. But the Government would ensure the houses were used for public housing “for the length of time they are needed”.

…if only Kiwibuild was a pyramid scheme, at least that way we would have pyramids for people to live in.