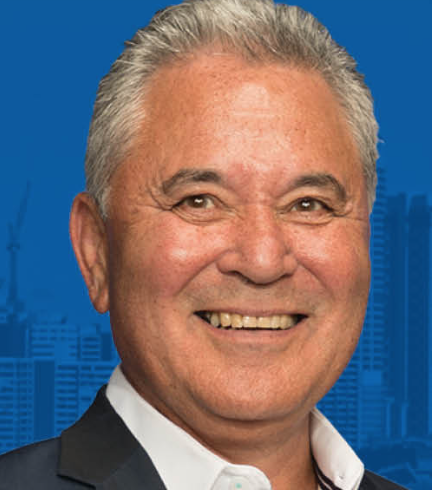 Tamihere is running for Mayor and he has been clever enough to pull together a left-right spectrum to unify Auckland to defeat Goff.

As a former Labour Cabinet Minister, John is far more left wing than Phil, who was a neoliberal architect and the only Labour party MP who was allowed to cross the floor to vote for National’s TPPA, so any claim that John is somehow more right wing than Phil is just bullshit.

Tamihere has lined up former Mayor and right wing Councillor Christine Fletcher as his running mate and has Matt McCarten and Michelle Boag as his political strategists, so it’s a unified political spectrum up against Goff, and that’s important because the fundamental changes Tamihere is seeking in forcing Central Government to pay for Auckland’s growth and the vast increase in social housing he is proposing will demand across the spectrum support.

If elected, Tamihere would be Auckland’s first ever Māori Mayor, something that won’t go unnoticed in the South and West Auckland voting block.

Tamihere’s attack against the large vested corporate interests of Auckland has been part of his previous attack on Goff and his ‘Auckland for us not them’ narrative will be heard across the city.

The attack against Tamihere will be on his past comments which in a post Me Too environment will be judged as the greatest sins against humanity ever committed, but I think a woke attack by Goff could be terribly counter productive.

Many Aucklanders stuck in traffic every day are furious at smug pronouncements from woke activists on cycling, and if the attack against Tamihere are seen as coming from that part of the political spectrum, Tamihere could throw caution to wind, assume he has nothing to lose by enraging The Spinoffs and Simon Wilsons of the world and come out with some populist attack on cycle lanes and reap the vast angry chunk of Auckland’s gridlocked voter block.

It’s going to be a long fight till the Mayoralty election, expect it to get nasty.