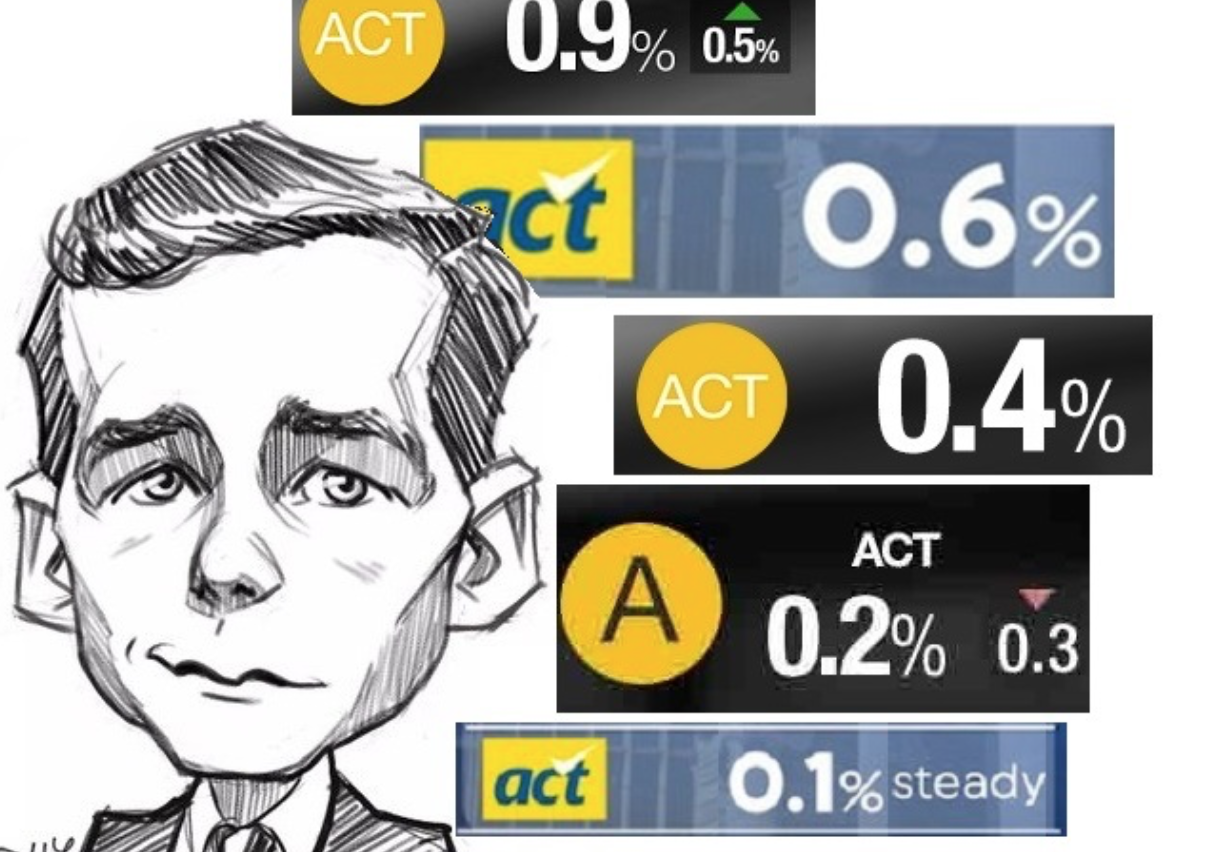 For lone ACT MP, David Seymour, November has been a “mixed bag”.  The leader of a near-non-existent Party scored this month – though only one was a try/goal/bowled-out. The other was a foul/offside/no-ball that all but negated his previous success.

A Hit, A Very Palpable Hit!

ACT’s David Seymour has panned a $24,000 junket by Parliament’s Speaker, Trevor Mallard and former National Minister, Gerry Brownlee. The 48 “diplomatic mission” was timed to coincide with an All Black game being played in Tokyo.

Aside from the obvious question how  a two-person trip lasting two days could possibly rack up a $24,000 bill for taxpayers, one wonders if our elected Parliamentary representatives aren’t remunerated sufficiently generously that they can pay their own way to a rugby game.

If Mallard and Brownlee were bathing in champagne, I hope they at least had the decency to save tax-dollars by bathing together? (Togs optional.)

As Mr Seymour said, pointing out the blindingly obvious:

“They are literally taking the mickey out of New Zealanders by saying a 24-hour trip that happens to coincide with the All Blacks playing was a diplomatic effort.

There’s no chance that this is about taxpayer benefits. if you believe that you probably think Gerry should be running on for the ABs against England next week – it’s not a public benefit, therefore they should pay the money back.”

David Seymour quite rightly fulfilled his duty as an Opposition MP by making public his concerns and asking why taxpayers were footing the bill for a typical kiwi-bloke’s weekend away for a bit of footy.

This is the raison d’etre for an Opposition MP and in this case, Mr Seymour caught another member of another Opposition Party in his parliamentary snare. Both Brownlee and Mallard had their snouts in the public trough, and Mr Seymour called them on it.

In doing so, the MP from Epsom has earned his place in the House and his pay for the year.

When it comes to political game-playing, it would be hard to beat David Seymour’s recent Trumpesque utterances on the “deadly perils of the humble shopping bag”.

Three years ago, Seymour became a zealous disciple for the plastic-bag industry. As people became more aware of the damage caused to the environment – especially sealife – moves were made to phase out this ubiquitous aspect of modern life. The threat to sealife was mostly invisible, but evidence quickly mounted that the waste from human civilsation was having dire consequences.

Out-of-sight-out-of-mind was no longer an option.

For some bizarre reason (possibly because ACT is the party of “free enterprise” and is wedded to capitalist values at any cost?!) Seymour thought it would be a brilliant idea to take up the cause of the plastic bag.

In July 2015, Seymour told RadioLive that phasing-out single-use plastic bags  and replacing them with  re-usable shopping bags would kill “20 people a year”. Seymour suggested that a “reusable bag sitting in the hot boot of their car with a bit of blood that’s seeped out of some steak or chicken – you end up with infections and potentially people dying“.

He gave no evidence for his claim. His allegation – much like his Party – was ignored.

In August this year, Seymour was beating the Plastic Drum again – this time raising another ‘bogeymen’ – of people replacing single-use plastic bags with thicker plastic bags. Again the claim was made on a private radio station – NewstalkZB – perhaps because he thought he would be given an uncritical reception by his hosts at a privately-owned, profit-driven, commercial radio station.

In the same month, Seymour berated the Coalition government that “the Greens’ nutty ban on single-use plastic bags has claimed its first victim.”

“The bag can’t defend itself, so you blame the product. People think it’s so easy and they’re all just thrown away. Then they’re ending up in the sea and it’s a ‘plastic problem’.  The days are numbered because the bags will be gone next year … I’ll tell the staff it’s not my fault, it’s the government policy.”

Angelus Tay blamed the government for having to close his business and Seymour parroted the line.

Except… Mr Tay has a somewhat dubious record when it came to his company’s safety record. In 2011 he had been fined $45,000 for dangerous workplace practices;

Kiwi Plastic Company Limited was convicted of failing to guard two of its bag sealing machines after an unannounced visit by Department of Labour inspectors found the guards had been removed.

The machines, which seal the sides of plastic supermarket bags, could heat up to 210degC.

Inspectors also found an employee had been taught to over-ride automatic shutdown mechanisms.

Earlier, in 2002, “Kiwi Plastics” and its owner/director, Angelus Tay, were prosecuted for a similar offence after three of his employees were badly injured in a workplace accident.

The closure of his factory may have been related to the planned phase-out of single-use plastic bags. It may also have been a direct consequence of Mr Tay’s cavalier disregard for workplace safety.

But you wouldn’t know any of this reading David Seymour’s press statement  lamenting of the closure of “Kiwi Plastics“.

More recently, on 2 November, in an example of political re-cycling, Seymour re-newed his claim that re-usable shopping bags could kill up to 20 New Zealanders a year.

By contrast, the University of Auckland ranks 85th.

“So it’s written by two professors of Law and Economics who are not microbiologists or public health experts.

They’ve taken a data set around people who are hospitalised or deaths in San Francisco and looked at before plastic bags were banned and then afterwards. They’ve then drawn a bunch of conclusions which if anybody in public health looked at would say no, not true at all.

I do think we need to have a little bit more education about how people should be using their [reusable] bags and how you should be treating certain food groups.

But to take – I’m not even going to call it a study – to take this information and then draw the conclusions that the researchers have is irresponsible actually.”

“The authors appear to be well qualified in law and economics. It would have been reassuring to see authors or contributors to this research with skills in key relevant areas such as epidemiology and environmental microbiology.

Based on the data presented here, I don’t think any epidemiologist would say that this study has demonstrated a causal relationship between the ‘grocery bag ban’ and foodborne illness. I think it would be absurd to extrapolate figures from this report to the NZ situation, without doing a lot more analysis and investigation of the US experience.”

Professor Baker also revealed that the  2013 “research”-paper had been funded by a free-market “environmental” think-tank called Property and Environment Research Center (PERC). PERC’s website describes itself as “The home of free market environmentalism“.

It’s funniest statement is presented without a shred of self-awareness of satire;

Donors to PERC have included corporations such as  Exxon Mobil, the far-right Koch Foundation, and Dunn’s Foundation for the Advancement of Right Thinking – a right-wing funder of various causes. The Dunn’s Foundation is known for minimising human influence in climate change.

According to watchdog group, Conservative Transparency;

Dunn’s Foundation’s purpose, according to documents filed with the IRS, is “to advance the understanding and practice of classical liberalism, market capitalism, free enterprise, individual political and economic liberty and to reduce the impact of the use or threat of force by coercive organizations (both public and private) against the people of America and the world, principally through education and persuasion.” It pursues its mission by giving out massive quantities of money to conservative and libertarian groups.

Little wonder that Seymour has latched onto this dubious “report”.

Seymour’s “solution” to the mounting plastic pollution in our environment? To fine litter-bugs;

“The problem is with this small percentage of people so arrogant they think its okay to let their rubbish fly around and end up in the sea, and we should be punishing those people more stringently.”

The only problem with his “solution” is that litterers do not have their names stamped on their plastic rubbish.  These single-use plastic bags were spotted on an Oriental Bay beach, and in a tree lining the streets adjacent the Upper Hutt railway station.

Who pays for this littering? (This blogger retrieved the plastics bags on the water’s edge on the beach and placed them in a nearby bin. The yellow supermarket bag in the tree was not readily accessible.)

In fact, much of  the beach was littered with the detritus of human civilisation, with various forms of plastic strewn across the shore;

There goes our “clean green” image.

Suburbs were not exempt from plastic rubbish. This blogger collected a bagful of (mostly plastic) rubbish on an afternoon walk through his neighbourhood;

Whilst some have now abandoned the use of plastics such as straws, such as “The Churchill“, in Wellington’s CBD;

– and sure enough, on the footpath immediately outside “Starbucks“, lay a plastic straw that had been carelessly thrown away.*

According to David Seymour, “we should be punishing those people more stringently”.

But none of the plastic rubbish had anyone’s name on it. So his suggestion becomes meaningless. Except… Seymour isn’t really concerned with increasing littering fines. Seymour wants  to shift focus from producers of plastics to litterers. His suggestion is a strategy of deflecting from  the real problem: the growing mountain of plastic waste that is clogging our oceans, waterways, beaches, streets, gutters, parks, forests… no place is exempt.

In case anyone thinks this is an exaggeration, the next time you are out and about walking – look down. Look at the grass-verges on your street; your city footpath and gutter; along your beach or park. All of a sudden, the amount of rubbish littering our environment becomes more apparent. You may be amazed at what you have not been noticing until now.

This is what David Seymour chooses to ignore. Seymour complains that “It’s not the bags that are harming the environment, it’s the way people are using them.”

And that is the problem: we are using them. And they are everywhere.

But for David Seymour, MP for Epsom, a $24,000 junket at tax-payer’s expense is more worthy of his righteous indignation than the fouling of our environment. He has either been ‘captured’ by the plastics industry (perhaps willingly) – or this was a publicity stunt to improve ACT’s near-zero poll rating.

Neither possibility is  reassuring.

Mr Seymour may know the dollar price of some things – but the value of other, more important things, continues to elude him.

* Note: Suspicious minds need not worry that this blogger placed these items on the ground. There is enough rubbish in the environment already without having to ‘doctor’ a situation. Most items in images were retrieved and appropriately disposed.

Property and Environment Research Center (PERC):  About Us

Conservative Transparency: Dunn’s Foundation for the Advancement of Right Thinking

Forbes:  Yet Another Dead Whale Found With Pounds Of Plastic In Its Stomach

TDB Investigation into what is happening in our water

All images stamped ‘fmacskasy.wordpress.com’/’Daily Blog’ are freely available to be used, with following provisos,