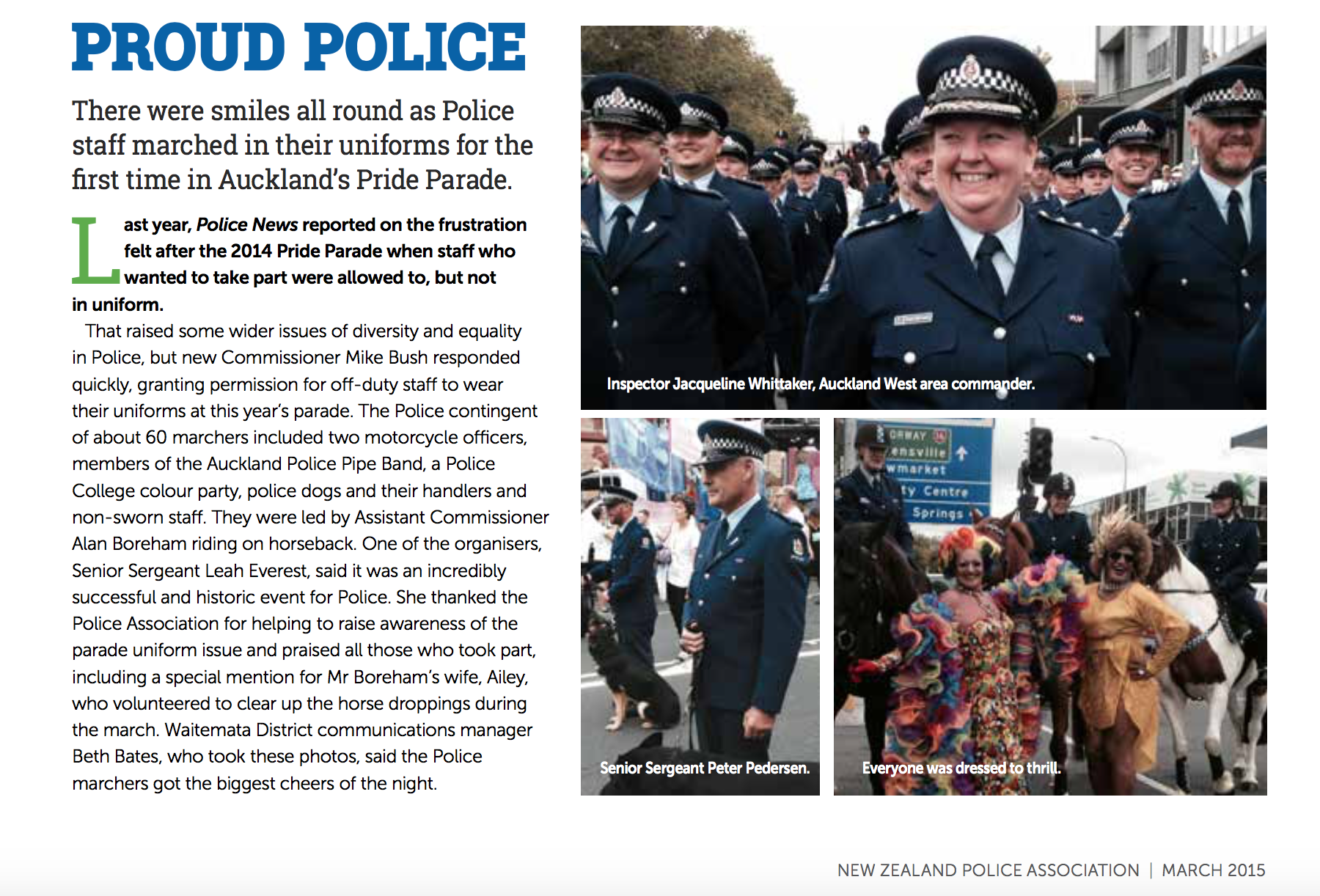 It’s now abuse by Police against Māori, poor people, Trans people and the wider rainbow community that is the reason Police can’t march in Uniform, which seems a tad disingenuous.

Look, I’m no fan of the bloody pigs, I’ve had them breach my civil rights and illegally spy on me while defaming me to every financial institute and bank in NZ and my case in front of the Human Rights Review Tribunal continues to drag on because the HRRT don’t have the bloody funding to prosecute them, so I’m no cheerleader for the NZ Police – buuuuuuuuut, the claims by those who have excluded Police from Pride and have justified that exclusion by claiming that all the Police had to do was take off their uniform ignores the fight Rainbow Community Police had to go through to earn that privilege.

NZ Police first marched in Pride in 2013 but they weren’t allowed to march in Uniform. Police hierarchy were happy for their rainbow members to march but believed allowing them to do that in Uniform would somehow bring shame upon that uniform. Those who did march vented their frustration at this sense of shame through the Police Association and at the end of 2014, the new Police Commissioner green lit their right to march in Uniform. 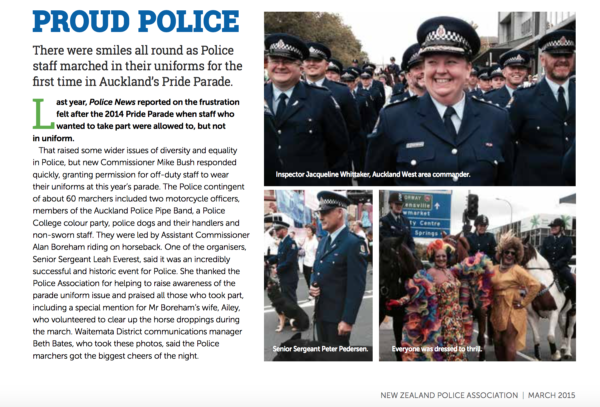 …what Pride Parade Organisers didn’t appreciate when they called on Police to simply take their Uniform off was the internal struggle Rainbow Police had gone to gain that right in the first place and that demanding they remove it was always going to be met by them leaving the parade all together. This miscalculation on behalf of the Trans Activists explains their desperate need to conflate this now to wider abuse by the Police against lots of the other groups.

The truth is that total Police exclusion has always been the objective of the Trans Activists at PAPA, they said as much in this email sent out to other Trans Activists last week…

…so instead of trying to hold onto the ‘uniform will trigger us’ line, they should just be straight up and confess they see any involvement by police as part of the capitalist system they want to over throw via radical exclusion.

The wider Rainbow Community have now called for a special general meeting in the first week of December to sack the Board and overturn the decision, it will be fascinating to see how the older Rainbow Community of LGB who have fought so long for inclusion face down the younger TQI activists who want to exclude. This is Pure Temple dogma vs Broad Church ideology and it can be seen throughout the Identity Politics Left, particularly inside the Greens.

This Pride Parade debacle mirrors the free speech debacle in that the loudest most woke voices don’t seem to appreciate the full implications of their demands on wider issues – exclusion over inclusion leads to a smug self-righteousness that is more alienating than a Green Party fundraiser at a polyamorous vegan eco commune in downtown Wellington.

Can it be a Rainbow Parade if there is no blue?